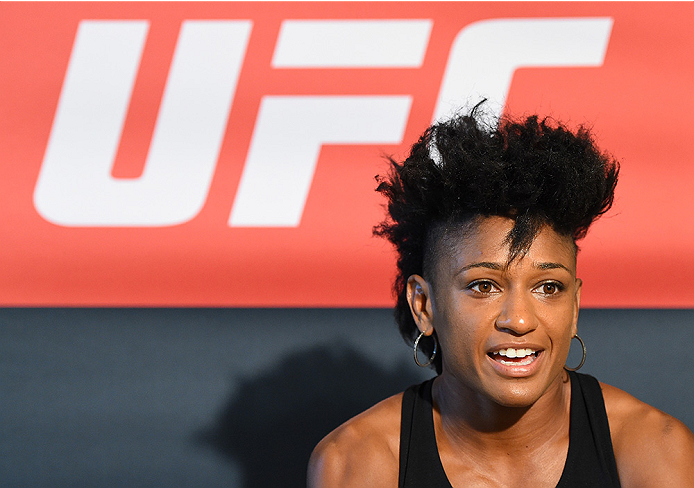 After tearing through the strawweight division in Invicta FC, former Ultimate Fighter standout Angela Hill will return to take care of some unfinished UFC business on Feb. 4 when she takes on No. 5-ranked contender Jessica Andrade at Toyota Center in Houston.

In the UFC Fight Night main event, it's the return of "The Korean Zombie," Chan Sung Jung, as he faces featherweight contender Dennis Bermudez in a five-round matchup. Tickets are on sale now.

Entering the Octagon with just a single pro fight in 2014, Hill defeated TUF 20 castmate Emily Peters Kagan in her UFC debut, and though she lost subsequent bouts to Tecia Torres and Rose Namajunas, Hill was about to go on a winning streak that would bring her back to the UFC, as she went 4-0 in Invicta FC in 2016, winning and defending the promotion's strawweight title while also picking up two Performance of the Night awards. Now ready to make another run at UFC gold, the 30-year-old Maryland native will return against Brazil's Andrade.

A former bantamweight contender, the 25-year-old Andrade has found her true home at 115 pounds, where she has
finished Jessica Penne and Joanne Calderwood in back-to-back fights. On Feb. 4, the Parana native will attempt to spoil the return of "Overkill" Hill.