With Five Years In The UFC, Middleweight Andrew Sanchez Has Been Piecing Together The Puzzle That Defines His Career
By Gavin Porter, On Twitter @PorterUFCNews • Oct. 15, 2021

Andrew Sanchez will be the first person to tell you that his UFC career has had some bumps in the road. In those moments of doubt or adversity, Sanchez has always been able to dig deep and redirect his energy to making positive changes in his skill set and mentality.

A tough loss on UFC Fight Island in Abu Dhabi prompted Sanchez to go back to the drawing board and make a tough decision.

Don't Miss Any Of UFC Fight Night: Ladd vs Dumont

“Made some big changes this time around. I left to a new camp and went to AKA, and being uncomfortable in this camp is a must - it’s necessary,” Sanchez told UFC.com. “I feel like I made monumental changes to my game.” 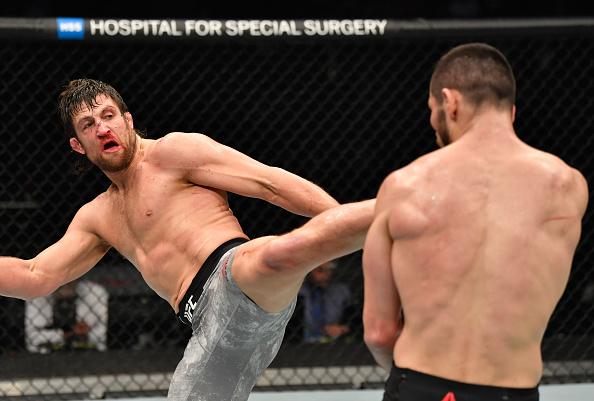 Sanchez views fighting like he does a puzzle. He’s been able to place a piece here and there since winning season 23 of The Ultimate Fighter, but he’s always struggled to put it all together. Sanchez’s big move to the American Kickboxing Academy wasn’t prompted by the idea that he couldn’t grow at Tristar or that he needed a change of scenery; it was simply a way for Sanchez to find more pieces to his puzzle.

Getting back to his wrestling roots was also a major part of why Sanchez chose AKA as his destination. Sanchez felt like he morphed into a striker over the course of his eight-fight UFC career and that’s just not who he was. He had become comfortable just striking, and believes that the key to evolution is being constantly uncomfortable.

The 33-year-old was definitely feeling that each and every day on the mats at AKA.

“I went to a place where I didn’t know anybody; I didn’t know a single soul. They don’t hype you up there, either. They are a very close group of people, but going there, everyone wants to take your head off. They want a piece of you, they want to test you,” Sanchez said. “This builds character, this builds confidence, this builds resilience and gets me back to the mentality of what got me to the UFC.” 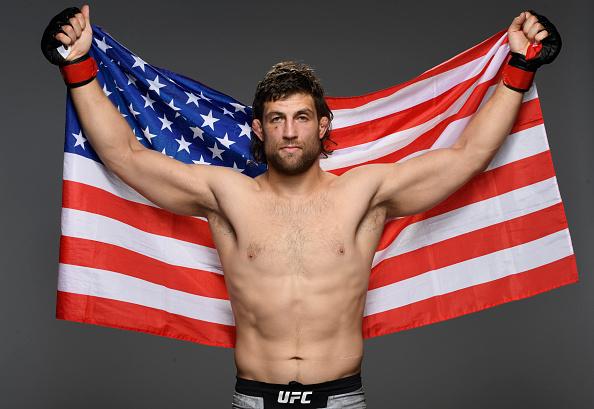 Andrew Sanchez poses for a portrait after his victory during the UFC Fight Night event at UFC APEX on August 08, 2020 in Las Vegas, Nevada. (Photo by Mike Roach/Zuffa LLC)

Sanchez’s willingness to mix it up has resulted in him finding a confidence that can only be built in the gym. And now, “El Dirte” is ready to be a force.

“I’m just going to be mauling. I’m not going to question myself and I have a very good gameplan,” Sanchez said. “I’m going to pounce I’m like a caged tiger."

“Devastation man,” he continued before trailing off with a smile.

It’s not hard to see the difference in Sanchez’s demeanor. He has rediscovered who he is as a fighter and that’s a powerful thing to have heading into his bout with Bruno Silva at UFC Fight Night: Ladd vs Dumont.

“I just feel confident. I didn’t feel confident before, and maybe I was trying to be something that I wasn’t. Now I feel like I really put the pieces together and I just can’t wait to let it fly,” Sanchez said. “I’m excited on fight week. I’m happy, I’m not nervous or anxious. I’m soaking everything in and my mind is in a very good place. This is probably the first time that I’ve ever felt like this.” 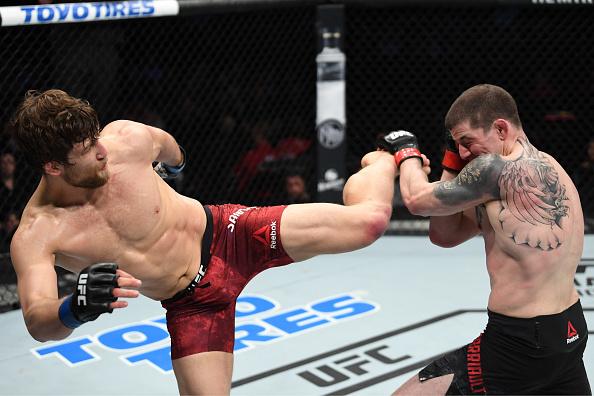 Andrew Sanchez kicks Marc-Andre Barriault of Canada in their middleweight bout during the UFC Fight Night event at Canadian Tire Centre on May 4, 2019 in Ottawa, Ontario, Canada. (Photo by Jeff Bottari/Zuffa LLC)

Sanchez newfound confidence is coming at an important part of his career. He’s eight fights in and he hasn’t made the mark he’d like to, yet. He believes that his confidence, combined with his time at AKA, have helped him “rise like a phoenix from the ashes” and it will become evident why people need to keep their eyes on him.

“This is my rebirth. I have a new fighter and a new character. This is not the same Andrew Sanchez. I feel like I’ve grown up and I’m not a f****** kid anymore. I’ve kind of taken the fight and taken everything into my own hands and I’ll show the world and the UFC why I still belong here. I’ve had an up and down career, why keep me? I got to show them why.”