Andrei Arlovski not concerned with title shots – for now

Andrei Arlovski has battled back to the top of the UFC heavyweight division once again, and now he just wants to have some fun. 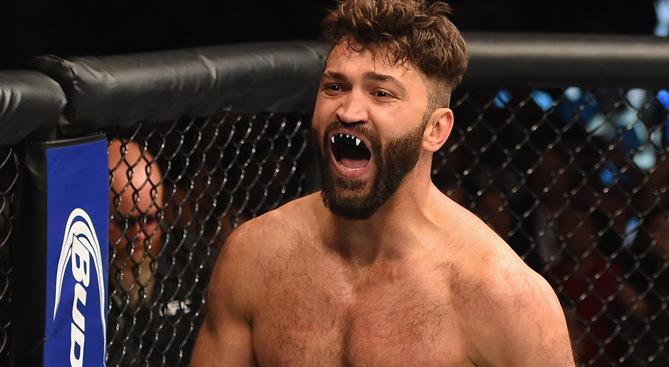 Andrei Arlovski is on one of the heavyweight division’s best tears and has brought his career back from the brink of irrelevance just four years ago.

Because of that – and because of the way he’s done it with back-to-back knockout wins over Antonio Silva and Travis Browne – he was thought to be on the short list for a possible UFC title shot.

That won’t happen for him for a while, though. New champion Fabricio Werdum next will meet former champ Cain Velasquez, who was granted an immediate rematch after his submission loss at UFC 188 in June. And instead, Arlovski (24-10 MMA, 13-4 UFC) will meet fellow former heavyweight champion Frank Mir (18-9 MMA, 16-9 UFC) in the UFC 191 co-main event next month.