Ahead of his September bout against crafty veteran Lando Vannata, Team Alpha Male’s Andre “Touchy” Fili will be competing in his first grappling match, taking on second degree BJJ black belt Shane Shapiro at the UFC Fight Pass Invitational on July 3 at the UFC APEX.

With nine knockout victories to his record, Fili is largely known for his striking and heavy hands, so he welcomes the opportunity to display his grappling prowess to those who might be unaware of his abilities on the mat.

“This is my first grappling match. It’ll be really fun,” Fili said. “Obviously jiu jitsu is a big part of my game and I think for the last few years I’ve been known for my striking, and I’m looking to show that I’m an elite grappler.”

When approached with the opportunity to compete at the UFC Fight Pass Invitational, Fili accepted with no questions asked.

There were no concerns as to what the ruleset was, who his opponent would be, or anything else about Shane Shapiro. Fili just needed to know the time and place and he was going to be there.

“This is just who they said I was going to grapple so I said ‘OK,’” Fili said. “I don’t know who he is, but I’ve heard he’s talented. He’s a legit black belt, and I’m excited to test my skills against him.”

Fili’s jiu jitsu game has certainly been taken to the next level of late, as he’s been in Austin, Texas working on his game with renowned Brazilian Jiu Jitsu mastermind John Danaher.

For his upcoming fight against Vannata he’ll be splitting time between Texas and Team Alpha Male in Sacramento, but Fili is already experiencing the benefits of working with Danaher.

“John is an actual genius; people throw that word around, but he truly is a genius,” Fili said. “He’s given me so many beautiful insights into competing and performing, and on the technical side of jiu jitsu. He’s good, he’s incredible.”

For Fili, this match isn’t just a one-off experience, but a potential look into his post-fight career, as he maintains lofty aspirations for himself even after he eventually hangs up his gloves.

On top of ADCC glory, Fili has also begun taking steps towards a career in broadcasting, as he’s been calling fights for the A-1 Combat promotion of his coach and mentor Uriah Faber, who will also have a team competing at the UFC Fight Pass Invitational. 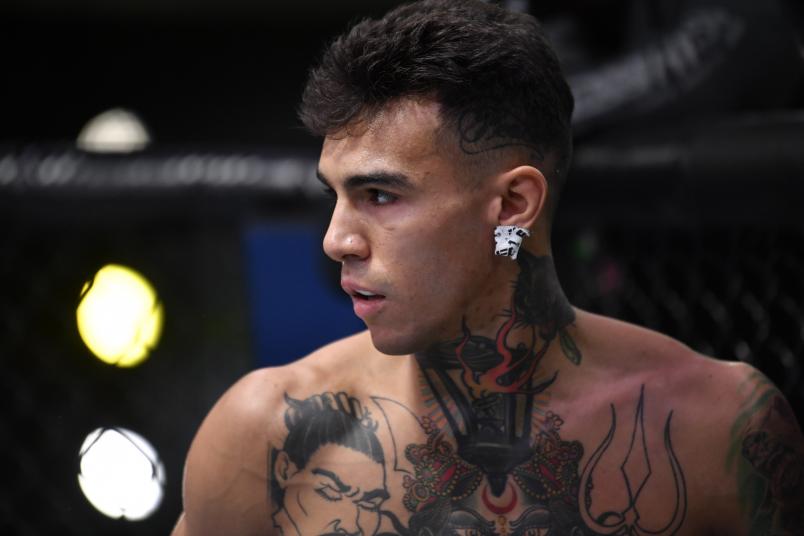 “That’s been a very fun opportunity; the A-1 promotion is awesome,” Fili said. “I’m hoping to be on a team of analysts at the UFC very soon. That’s something I’m passionate about, I think I’m pretty good at it, and I enjoy doing it. I would love to continue doing that, especially on a stage as big as the UFC.”

Commentary dreams aside for the moment, Fili is locked into his training for both his upcoming Octagon and grappling bouts, and anticipates bringing his signature electrifying style to the mats at the UFC APEX.

“You’re going to have excitement, I’m going to hunt that submission for the entire ten minutes and I’m going to find it eventually,” Fili said.

Catch Andre Fili as he makes his pro grappling debut at FPI2, ONLY on UFC FIGHT PASS!