An Octagon veteran with 18 UFC fights to his name, there aren’t too many moments that can make Andre ‘Touchy’ Fili feel any sort of nerves. And if you thought having his first grappling match against a second-degree Brazilian Jiu Jitsu black belt will bring them out, think again.

Fili is set to take on Lando Vannata at UFC Fight Night in September but, prior to that, he’ll face off against Shane Shapiro at the UFC FIGHT PASS Invitational. For Fili, this grappling match is more of a fun way to test his skills than a career-defining bout like his fight in September will be.

“This is my first grappling match,” Fili said. “I love to compete, I love to train, I love fighting. So, I’m thankful for the opportunity.”

Going up against a highly touted competitive grappler in Shapiro, there’s no certainty that Fili’s UFC experience will propel him to victory. But win or lose, the outcome of the match will have no impact on Fili when he steps back into the cage in September.

“This grappling competition is icing on the cake, it’s fun, it’s exciting,” Fili said. “The fight against Lando is fun, but it’s also my livelihood, it’s my career, its my everything. Going into this fight against Lando, its life or death for me.”

For Fili, this match is more of an opportunity to showcase his skills and continue to live his passion of competing in front of a crowd. Anyone familiar with Fili’s fights knows he’s always one to bring palpable excitement to the cage, and he expects the case to be the same on the mats at the UFC APEX.

“I’m just going to have fun. There’s nobody I’m really scared of. I love to compete, I love to perform, and this is fun for me,” Fili said. “This guy’s not going to knee me in the face, or elbow my nose in, or do any of these things that are dangers in the fight game. That allows me to treat this like it’s just fun.”

Fili is also looking forward to exploring the differences between MMA grappling and grappling in a competitive environment with no strikes allowed. 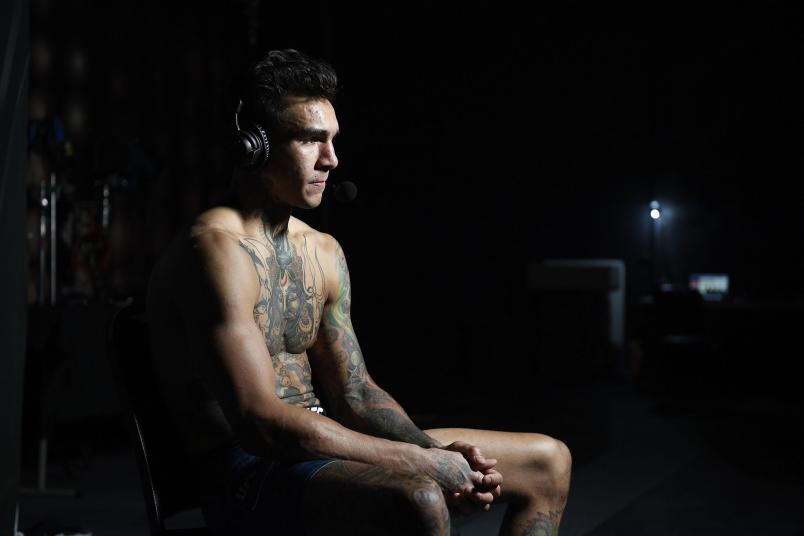 “There’s no danger of someone really hurting you in any substantial way as far as breaking your face and stuff,” Fili said. “You’re not penalized for being on bottom position the way you are with MMA judges, and there’s inherently less danger because there are no strikes to the face.”

Experienced MMA fighters enjoying the benefits of a non-MMA ruleset will be a running theme at the UFC FIGHT PASS invitational, as Octagon veterans such as Uriah Faber, James Krause, and Roxanne Modafferi will also be stepping onto the mats.

Catch Andre Fili as he makes his pro grappling debut at FPI2, ONLY on UFC FIGHT PASS!