Andre Fili Adds Another Skill To His Game

Andre Fili isn't just an MMA fighter anymore, you can add acting to his resume.
By Thomas Gerbasi, on Twitter: @TGerbasi • Apr. 15, 2020

Andre Fili’s girlfriend, Melissa, can rest easy now. All that talking to himself and making faces in the mirror that the UFC featherweight prospect was doing? It was all for a good reason and very necessary if Fili was going to nail his role as Diego Beltran in the new film “Green Rush.”

“I had my lines down and I practiced a lot,” said Fili of his first film. “I was going through it in my head a thousand times. My girlfriend was looking at me like I was schizophrenic or something. (Laughs) I was talking to myself and making faces in the mirror, but I really came prepared.”

The reason was simple. Yeah, this was a Lionsgate film, one co-produced by his friend and teammate Urijah Faber, but beyond this being a big deal for his friend, Fili wanted to set himself apart on set by being an actor, not a fighter playing an actor playing a role.

Now the world gets to throw their two cents in on the thriller, which hit various streaming and on demand outlets Tuesday. And Fili is fine with whatever feedback comes back at him because he knows he left no stone unturned in giving his best effort on set.

“I'm ready to finally see it,” said Fili on Monday. “I haven't watched the whole thing yet but I've seen a couple of my own scenes. Some I was happy with, some I felt I could have done better, but I'm always going to be my own hardest critic. I just want to see it and I want people around me to see it because I know they're excited and I'm excited for the people who were talking s**t about it when we said we were making a movie to see it because it's really, really well-made. People saw me and they saw Faber and they were talking s**t, like people do. Everybody who was on the project worked really hard and I'm excited for it to finally be seen by people.”

Fili, 29, is used to hearing people’s opinions – wanted or not – as a member of the UFC roster for nearly seven years. It comes with the territory, yet the Californian doesn’t let any outside voices – good or bad – affect what he does on fight night. The same goes for acting, something he’s wanted to do for years. 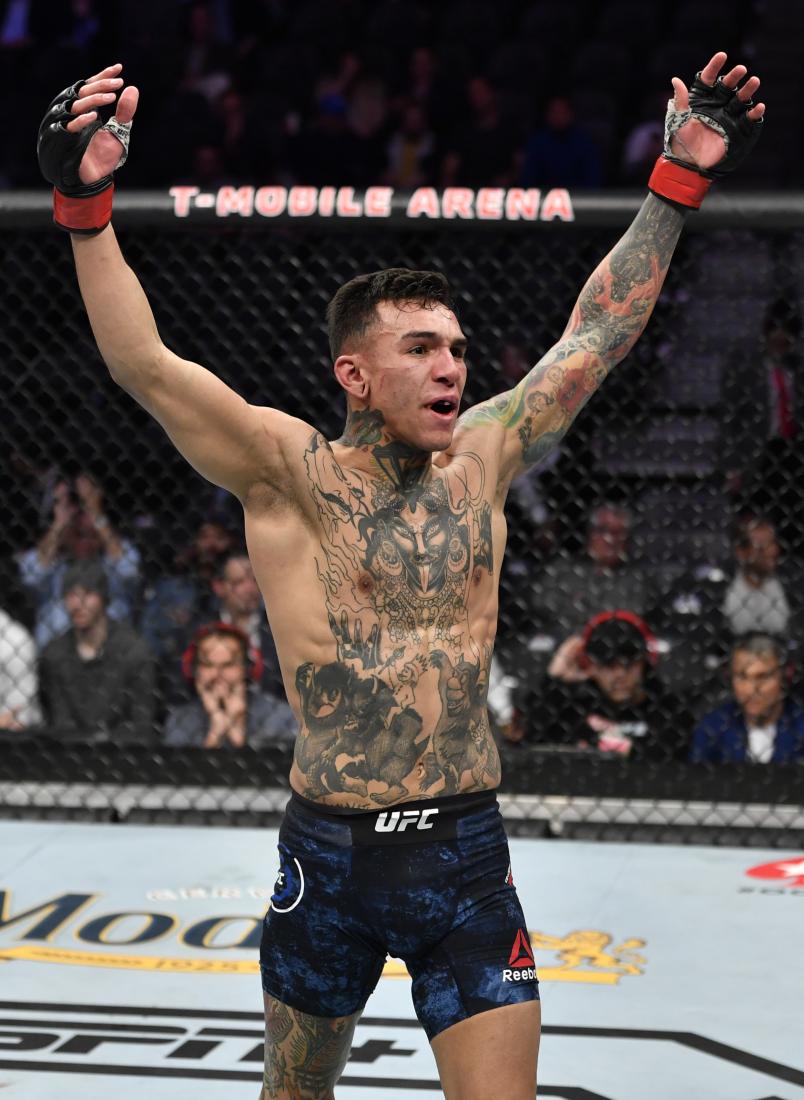 “I love movies, I love acting, I love studying film and I'm a huge movie nerd, so I had mentioned a long time ago to Faber that I wanted to do movies,” said Fili. “He was getting into the industry a little bit and now he has good connections there and he started producing his own movie, so he held a spot for me. He remembered what I told him and he gave me an opportunity and I think I did a pretty good job. Hopefully there will be a lot more opportunities to come.”

Unlike many athletes who took a stab at acting yet couldn’t deal with the hurry up and wait nature of the industry, Fili came out of the “Green Rush” experience wanting more, even there was a healthy dose of nerves when the lights were on.

“There were definitely moments where I was like, 'Oh s**t, I'm really gonna have to act.' (Laughs) It's like, 'Action' and it's a girl sitting in front of me crying, and I have to match her level of emotion but still make it feel organic. It's an important scene for my character and I realized that I'm just a fighter around a bunch of real actors, so I'm like, 'Don't blow this.' So there were moments like that, but I took it serious. I really treated it as something important to me. So I came prepared.”

And though he remains a full-time fighter who is ready to get back to work after a hard-fought decision loss to Sodiq Yusuff in January, once he hangs up the gloves, he knows in what direction he wants to head.

“It (acting in ‘Green Rush’) was a fun experience and I want to do a lot more of it,” Fili said. “It's something I'm going to transition to after fighting. Win a world title, be the man for a while as a fighter and then try to take over a different aspect of the world.”

Sounds like a plan. But then again, this is Andre Fili we’re talking about, so this modern-day renaissance man may head in any number of directions – possibly all at once.

“It's super important to me on multiple levels,” he said. “From a business standpoint, I see successful businessmen and the one thing they all have in common is that they have multiple streams of revenue. They don't have all their eggs in one basket. That's something I've really taken from Faber, and you'd be hard pressed to name a successful businessperson who doesn't have multiple streams of revenue. So, on a business level, it makes sense that way. On a deeper and more personal level, I just have all these things that I really think are cool and I want to be a part of it. I think acting is cool, I think comic books are cool, I think that the world of tattoos is cool, music the same thing. And I don't want it to be a superficial thing. I'm not into that many things, but the things that I'm into, I'm really, really into. I don't want to be a tourist. I want to be in the know and really be a part of it.”