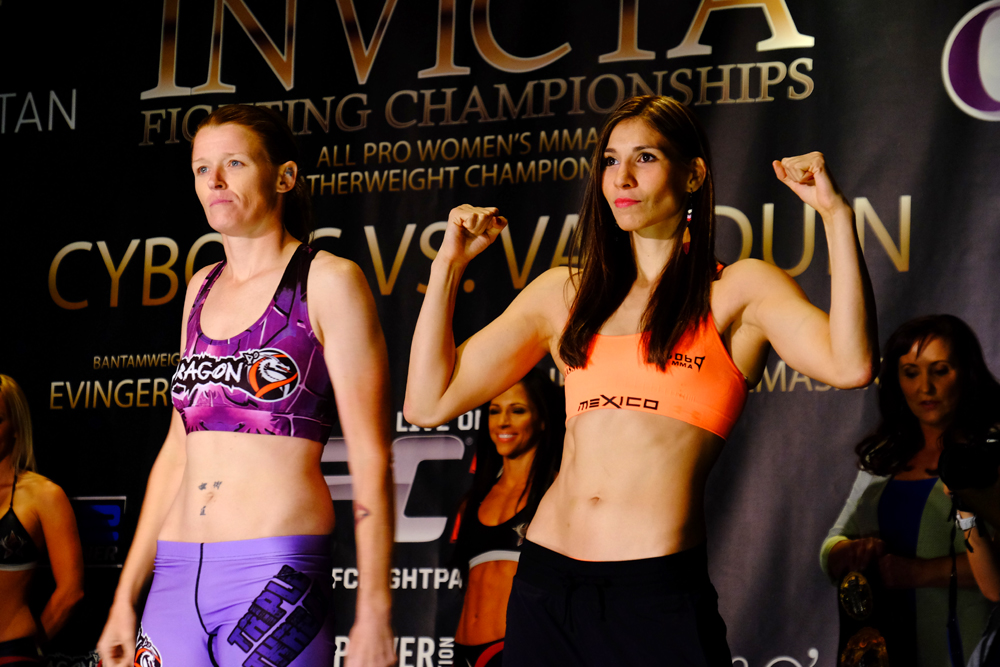 Invicta FC featherweight champion Megan Anderson’s jump to the UFC has opened the door for the most dominant champion in Invicta history – reigning bantamweight champ Tonya “Triple Threat” Evinger – to jump up to the 145lbs division.

Anderson was scheduled to face undefeated Ukranian Helena Kolesnyk in the main event of Invicta FC 24 on Saturday, July 15. However, the Australian puncher has graduated to UFC level and will now face Cristiane "Cyborg" Justino at UFC 214 on Saturday, July 29, for the vacant UFC featherweight championship.

The eagerly-awaited Cyborg vs Anderson clash will serve as the co-main event support to the Daniel Cormier vs Jon Jones UFC light heavyweight title rematch.

Anderson’s move left the much-hyped Kolesnyk, 5-0 in MMA, without a big-name opponent for her Invicta FC debut. Enter Evinger, whose 19-5, 1 NC record, six-year unbeaten streak and long reign as Invicta FC 135lbs champion has earned her the reputation as the best female fighter in the world outside the UFC.

Evinger and a Kolesnyk will collude in a three-round, non-title affair

Kolesnyk, who trains out of Moscow, has finished all five of her professional wins, including three first-round knockouts and a first-round submission due to punches. She is an world-class Muay Thai practitioner – she took bronze at the World Muay Thai Championships in 2015.

“We’re not making it easy for Helena over here,” joked Invicta FC President Shannon Knapp. “She’s gone from one champion in Anderson to another now with Tonya. I’m thankful that our athletes – and especially Tonya Evinger – are always ready and willing to accept a challenge. I have the utmost respect for both these main event fighters and I’m expecting a great fight on July 15.”

The entire Invicta FC 24 card will be streamed live and exclusively on UFC FIGHT PASS. The fight card looks like this: