Anderson's ground assault too much for Blachowicz 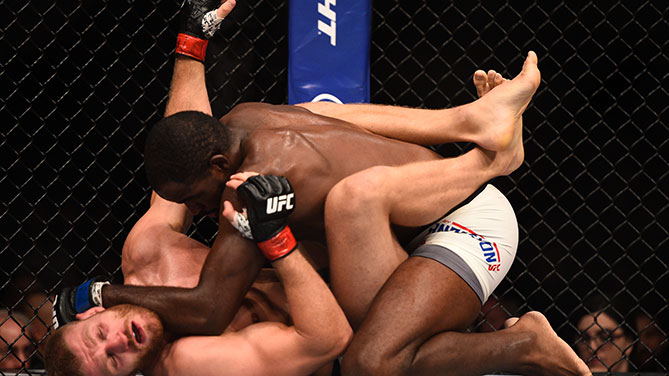 Blachowicz looked like a different fighter than he was in his April loss to Jimi Manuwa, as he set a fast pace and aggressively pursued Anderson throughout the opening five minutes. Anderson fired back at Blachowicz, but didn’t land anything of note, with the Poznan native taking care of that end of matters, even if he did look winded by the end of the round.

Anderson got the fight to the mat for the second time early in Round 2, and the Illinois native began firing off strikes as he bulled his foe to the fence. Blachowicz had no answers for Anderson’s ground-and-pound attack, and he simply absorbed punishment for nearly five minutes.

That five minutes turned to 10, as Anderson delivered more of the same in the third round, grounding and pounding Blachowicz in the final frame as he improved to 7-1 in his first bout since losing to Gian Villante in April. The number 12-ranked Blachowicz falls to 18-5.