Anderson on UFC debut: 'people are gonna be shocked' 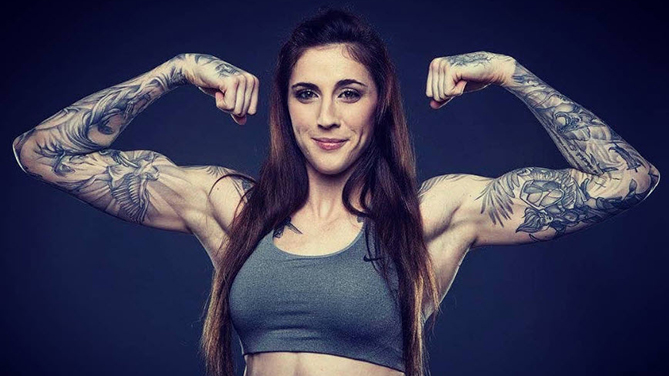 Megan Anderson doesn’t just remember the day she got the call that the wait for her UFC debut was over, but the time as well.

“It was like 5:20pm on a Tuesday,” she laughed, recalling when she was informed that she would be facing Holly Holm at UFC 225 in Chicago this Saturday. “I was just about to start practice, we’re about to do jiu-jitsu in the gi and I told (coach and UFC vet) James (Krause). He hugged me and I almost cried. It was like a weird mix of emotions. I was like, ‘Finally, it’s happening.’ I was so excited that I was making myself nauseous. (Laughs) I went to my training partner and said, ‘I apologize for the emotional rollercoaster that’s probably about to happen in the next 30 minutes while I process this, but just bear with me.’ We’ve been waiting for this for so long, it was almost surreal that it was finally here.”

It’s hard to think of anything that will get someone so excited that they get nauseous, but it sounds like a lot of excitement, and it’s really not surprising given the road the 28-year-old from Australia took to get here.

At first, it was the usual route – make a name on the local circuit, continue to succeed in a bigger show, then the UFC comes calling. And that’s what Anderson did, going 4-1 at home in Australia before drawing the attention of the Invicta FC promotion. In Invicta, Anderson took her game to a new level, bouncing back from a submission loss to Cindy Dandois in her promotional debut in 2015 to knock out her next four opponents, winning three post-fight bonuses and the Invicta featherweight title.

Shortly after Anderson’s January 2017 stoppage of Charmaine Tweet, the UFC’s first female featherweight champion was crowned when Germaine de Randamie decisioned Holm. With the 145-pound weight class now in the biggest promotion in the sport, Anderson was expected to join the roster sooner rather than later.

It turned into later, as personal reasons forced Anderson from a UFC 214 title fight against Cris Cyborg last summer. Since then, it’s still been all business for Anderson, just business without a fight to look forward to.

“It was really difficult,” she said. “Fighting aside, I’m a martial artist, so I constantly want to improve and I want to get better. I think that aspect helped me. I put a lot of work in on the mats this last year and I take it as a positive that I’ve gotten so much time to improve everywhere. I worked on my grappling, I worked on my wrestling, I worked on my striking, and I’m a different martial artist from when I last fought to now. And the beauty of not being able to fight is that I haven’t had to worry about making weight or dieting or all that kind of stuff. I was able to really focus on me and my game.”

And part of focusing on herself was learning – and practicing - patience. 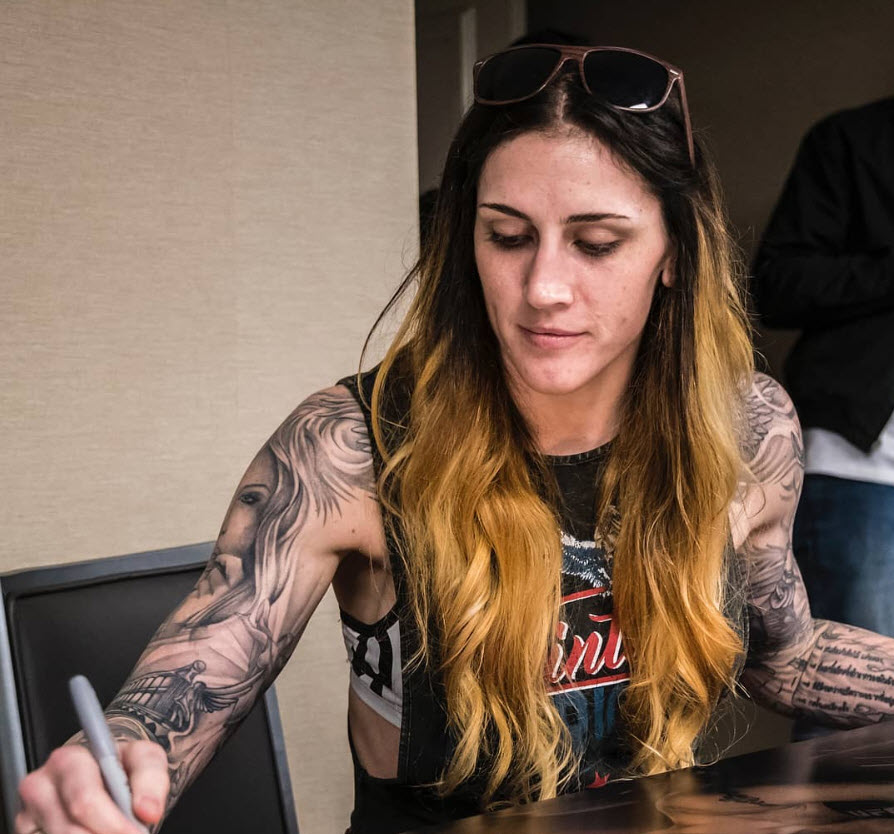 “A lot of people have said that if they were in a similar situation as I was, they probably would have given up by now,” Anderson said. “And I think in my head, it just wasn’t an option. I knew this is what I wanted to do and I knew it was going to happen eventually, so I just had to be patient and it was gonna happen.”

Through it all, Anderson kept her eyes on the eventual goal, and luckily, she didn’t have to do it alone. So whether it was her people back home in Australia, the new circle in her adopted city of Kansas City, or her growing legion of fans, Anderson had the support she needed until it was time to strap the gloves on again. This Saturday she does just that, and she’s ready to repay those folks who had her back.

“I not only want to do this for me, but I want to win and I want to fight for everyone who has stood by me through this time,” she said. “I might not be able to physically thank every single person, but I feel like winning or just getting in the cage is my way of thanking them and showing them that their support wasn’t for no reason, and really just to thank everyone for believing in me when a lot of people didn’t.”

The UFC obviously believes in Anderson, because they put her on the main card against one of the premier female fighters of this era in Holm. It’s obviously a fight that could propel her back into a match against Cyborg, and she welcomes such an opportunity.

Proud of who I've become on this journey | Thankful for the people who have believed and stood by me through it all | Grateful to be able to live the life I do#UFC225 #AndersonVsHolm #TheComeUp pic.twitter.com/7TyUuySaKC
— Megan Anderson (@MeganA_mma) May 28, 2018

“It’s exciting and I definitely recognize that a lot of my positioning on the card and all that kind of stuff is due to Holly’s status and her name,” Anderson said. “But we’re not really daunted or nervous or anything like that. At the end of the day, it’s still just Holly and I in that cage and nobody else can help either of us. We’re always gonna come to fight and we’re ready to show everyone what we’re capable of. I think a lot of people are gonna be surprised with the changes that I’ve made over the last year and a half and I think a lot of people are gonna be shocked.”

Yet no matter what changes Anderson has implemented in the 17 months since her last fight, one thing will always be a part of her repertoire.

“In my mind, I don’t see any other way for me to fight than trying to look for the finish,” she said. “You definitely know that if you watch me fight, I’m gonna bring everything I can, I’m gonna try and hit as hard as I can from start to finish, I’m gonna push the action and I’m gonna try and impose my will on whoever it is in front of me. That’s just who I am as a person and we’re just adding more skill sets to that to make me even more deadly.”