As Anderson Silva approaches his final walk to the Octagon, "Spider" reflects on his historic career.
By Zac Pacleb, on Twitter @ZacPacleb • Oct. 30, 2020

It’s nearly impossible to look at the impending finish to Anderson Silva’s UFC career without feeling the reverberations of Khabib Nurmagomedov’s emotional retirement at UFC 254 last Saturday and consider the juxtaposition of their respective farewells.

Nurmagomedov exited on top, a perfect 29-0 and in the midst of his prime at 32 years old. Silva, who made his UFC debut at 31 years old, bows out of the Octagon having just one win in the last seven years. Yet, Silva’s legacy remains intact – his career-best highlights remain some of the most incredible feats in the sport - and he can still bow out of the UFC with a win this Saturday against Uriah Hall.

“Saturday's fight is very special,” Silva said. “It has this aura of being the last fight. Uriah is a very eclectic athlete, with very good standing skills. It will be a great laboratory to fight and test my skills against. Regardless of the result, there will be a good and exciting fight for the fans.”

While the last seven years for Silva haven’t added all too much to his historic resume, it hasn’t really taken away much either. Athletes, from the greatest to the journeymen, all decline, but
Silva’s speckled last chapter of his career hasn’t been without its highlights. There was the strange, yet entertaining, bout against Nick Diaz that was later ruled a no contest. His ensuing bout against Michael Bisping was a wild a controversial affair, and it was just last February when he and current middleweight champion Israel Adesanya put on an entertaining chess match that garnered Fight of the Night honors.

Against Hall, he’ll have another willing dance partner with whom to trade blows and words in the main event, and while any legend’s retirement is bittersweet, Silva’s send-off coming in an empty UFC Apex because of the coronavirus pandemic restrictions wasn’t what anyone was expecting as 2020 dawned. Even so, Silva is doing the most to spin this moment – his final one in the UFC – into a positive light.

“We are living in a crazy moment, with a lot of racism, homophobia and COVID,” Silva said. “Regardless of your profession, you need to do it with love and truth. Everyone is worried about making money, buying a car, and they forget the most important thing, which is to love what you do.”

When Silva was on his game, few fighters enjoyed a UFC fight more clearly. Whether he egged his opponent on with his hands down or implored them to come toward him and bring the fight, Silva was, at all times, engaged in the fight.

To that point, he is engaged and interested in this fight with Hall, a dynamic striker whose tendency for highlight reel, Earth-shattering knockouts could bring to life a taste of vintage Silva, especially as Hall tries to elbow his way up the 185-pound ladder after fights with Jacare Souza and Yoel Romero fell through due to COVID-related complications.

That sense of urgency is something to which Silva is well-aware, and because of those prominent stakes for Hall, Silva believes it will make for that much more of an entertaining bout for fans. 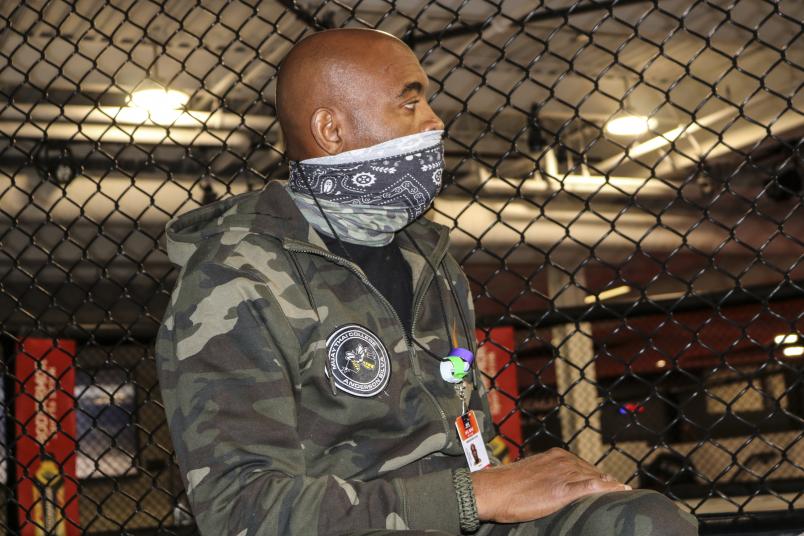 Silva has teased the point that while this is more than likely his final UFC fight, it might not be the final time we see him. That’s not surprising, considering that beyond competition, he is a lifelong martial artist who continues to show curiosity and interest in absorbing as many different philosophies as he can, a trait borne out of true love for martial arts.

“Spider” said he has “different emotions” when pondering his last walk to the Octagon, but ultimately, he is hoping to put on a proper show for the fans who’ve stuck with him for so long throughout his storied career. It’s one that elevated him to mountaintops and dropped him into a few dark valleys as well, but that kind of spectrum in one’s career also gives weight to their perspective. Beyond the accolades, Silva has come to a central cornerstone in his life and career, one he’ll almost certainly carry well beyond the fight game.

For upwards of 14 years, we had the pleasure and privilege of watching Silva walk to the Octagon and compete. On October 31, we get to see it one more time. Everything else – the stakes, his career’s last chapter, where he fits in the sport’s pantheon – can be left for the years and decades to come. First, we should just enjoy the moment.