Anderson Silva: The Return of The Sniper

"I want to get better as a human and as an athlete, and if in the end
I’m supposed to be the champion, then God’s gonna make me the champion." - Anderson Silva 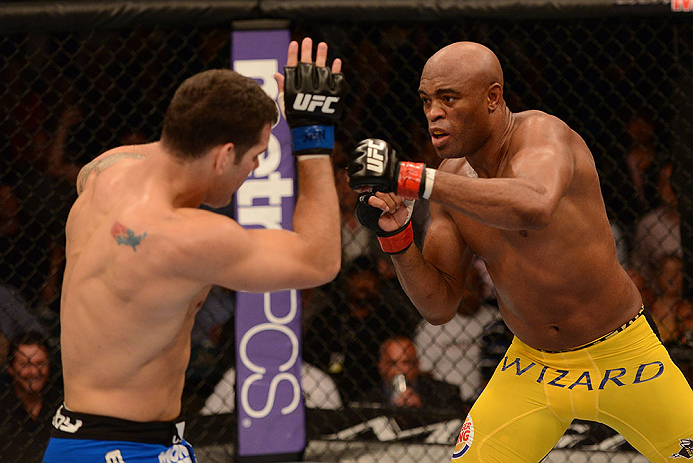 Anderson Silva is tired. Not of fighting. Not of training. Just talking. And maybe even not talking itself, but talking about the worst night of his professional career.

In July of 2013, Silva lost. It wasn’t the first time he tasted defeat, but it never happened in the UFC Octagon. In and of itself, losing the UFC middleweight championship belt he held since 2006 to Chris Weidman should have been something everyone expected to eventually happen. No fighter in this sport keeps the belt forever.

But it was the way he lost. Not just by knockout, but by a knockout preceded by him dropping his hands, showboating, and daring the unbeaten New Yorker to hit him. Weidman took that dare and hit paydirt.

When it was over, Silva gave all the credit to Weidman and said all the right things. That’s what a champion does, and with a belt or not, the Brazilian icon is a champion of the sport. He also spoke of the pressure that comes along with being one of MMA’s true superstars, something that prompted welterweight champ Georges St-Pierre to recently vacate his title and take a hiatus from the game. Silva even hinted at not wanting to fight for the belt again, but just to keep fighting. Recently, he addressed those feelings again. > Watch: Anderson Silva Fan Tribute

“There’s no pressure from the UFC or people in particular; it’s just the pressure overall that once you start winning, you can’t lose,” said Silva through translator Derek Kronig Lee. “People expect you to win once you’re winning a lot of fights. Being an elite athlete, you’ve always got to be winning.”

He paused, then chuckled.

“You can never rest. Never.”

Eventually though, it was clear not just that Silva would fight again, but that he would fight Weidman a second time, a bout that headlines UFC 168 in Las Vegas this Saturday night. And then the questions started. Not about the rematch, but what happened in the first fight. Silva tried to dodge the queries the best he could, saying “I think that everything that happened in the past 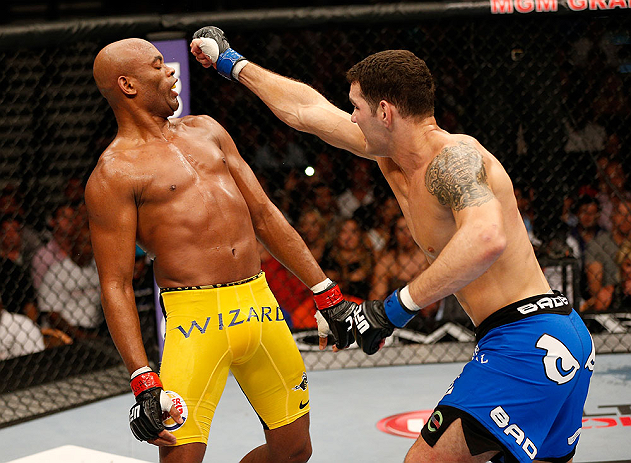 fight is in the past, and we really need to focus on what I’m doing for this fight and how I’m training. Anything that happened in that fight and anything I did or did not do, that’s all in the past.”

They persisted though, and what he revealed was that in the heat of the moment, what had worked for him so many times before simply went haywire.

“I was trying to impose my fighting rhythm and impose my technique, which I was hoping was going to be better than his, but at some point I lost control of it,” he explained. “I don’t know if it was the fact that I’ve been doing this for so long or that I had a lot of pressure on me and a lot of responsibility. I don’t know what it was. It was something that took me out of my martial art mindset. When you lose control of something you’re so good at, that you’ve been doing for so long and been in control of for so long, you’ve got to step out and really look at what you’re doing right and what you’re doing wrong. Like an elite sniper, you can’t lose control when you’re right there in the game.”

He did. His showboating became more and more exaggerated, and as Weidman closed in, Silva found himself next to the Octagon fence with nowhere to go as he leaned back and the challenger unloaded. Next scene? Weidman was now the champion. > Watch: Fight Flashback

More than five months have passed since the bout, and as Saturday approaches, anticipation for this rematch is higher than ever, with Silva still entering the bout as the oddsmakers’ favorite, despite the result of the first fight. It’s almost an insult to Weidman, but you won’t hear Silva denigrating his opponent’s victory or wondering what if about what happened that summer night in Vegas.

“Some people say it was a lucky punch, some people say he’d never land it again, but the fact is, he trained for that and he got it,” said Silva. “I have no regrets. I think in life you can look back and think about what you could have done more, but you can’t regret things. It was a chance for me to look back and be able to mature and analyze a lot of things in my life.”

And now the second time around, he’s back in the fight game circus, but with a refreshed outlook.

“I feel more relaxed now, like I took some weight off my chest,” he said. “In a way the pressure’s gonna come back, but I needed this time. I needed to put my mind right and I think that this is a renewal that everyone’s going to see.” > Watch: Silva KOs Vitor Belfort

“Not much is gonna change,” said Silva. “I’ve got to maintain what got me here and what kept me 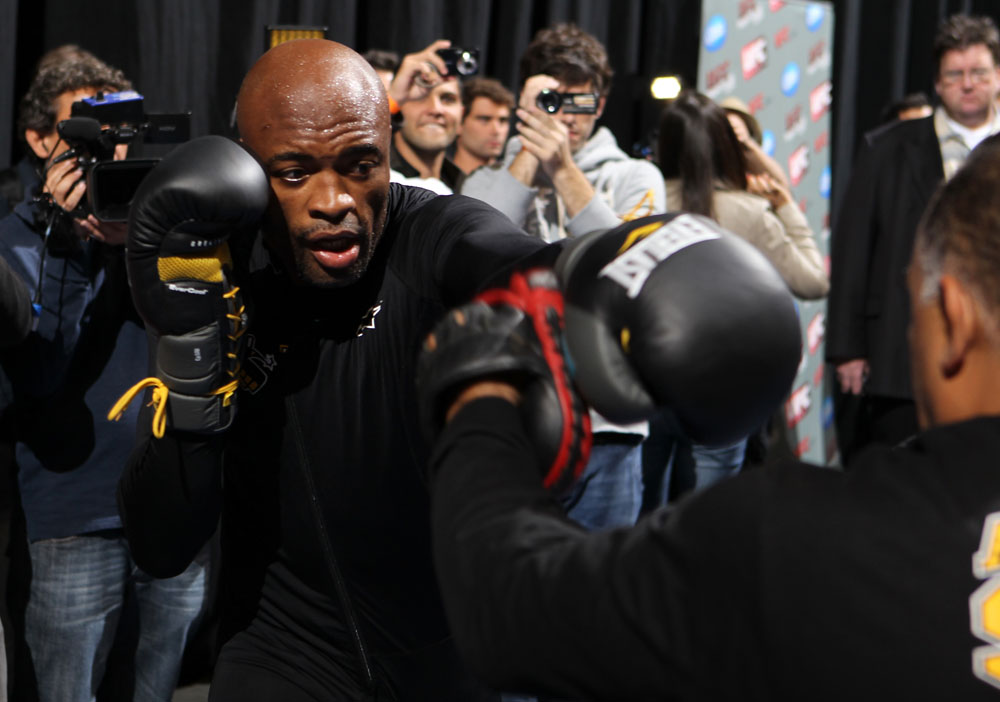 happy all these years, so the style remains the same.”

That could be good news for Weidman or bad news, but whatever it is, we won’t find out until the bell rings on Saturday night. Silva, as is his tradition, doesn’t talk about legacies or future plans, and he doesn’t make predictions. As his old rival Chael Sonnen says, he will make that walk when they call his name to fight.

“I want to go out there and do my job,” Silva said of the rematch with Weidman. “I want to get better as a human and as an athlete, and if in the end I’m supposed to be the champion, then God’s gonna make me the champion.”