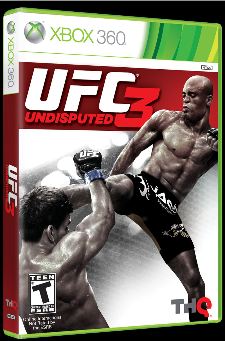 In a franchise-first opportunity, fans were invited to vote online for one of five current UFC champions – Silva, UFC lightweight champion Frankie Edgar, UFC welterweight champion Georges St-Pierre, UFC light heavyweight champion Jon Jones or UFC heavyweight champion Cain Velasquez – to be this year’s cover athlete.  More than 110,000 votes were cast by fans from around the world, with Silva garnering the largest percentage among his fellow competitors.

“Enabling fans worldwide to select the UFC Undisputed 3 cover athlete has been an incredibly rewarding experience,” said Danny Bilson, Executive Vice President, Core Games, THQ.  “Anderson Silva possesses a tremendous work ethic and incredible prowess inside the Octagon, making him an excellent choice to serve as our cover athlete for the game.”

“The fans have voted and Anderson Silva will be on the cover of UFC Undisputed 3,” UFC President Dana White said. “This game has a ton of new features, including the PRIDE mode, and we can’t wait for fans to get a chance to play it.”