"I have no other words to explain it other than the game is over, and you guys are gonna see on Saturday night what I’m talking about." - Anderson Silva 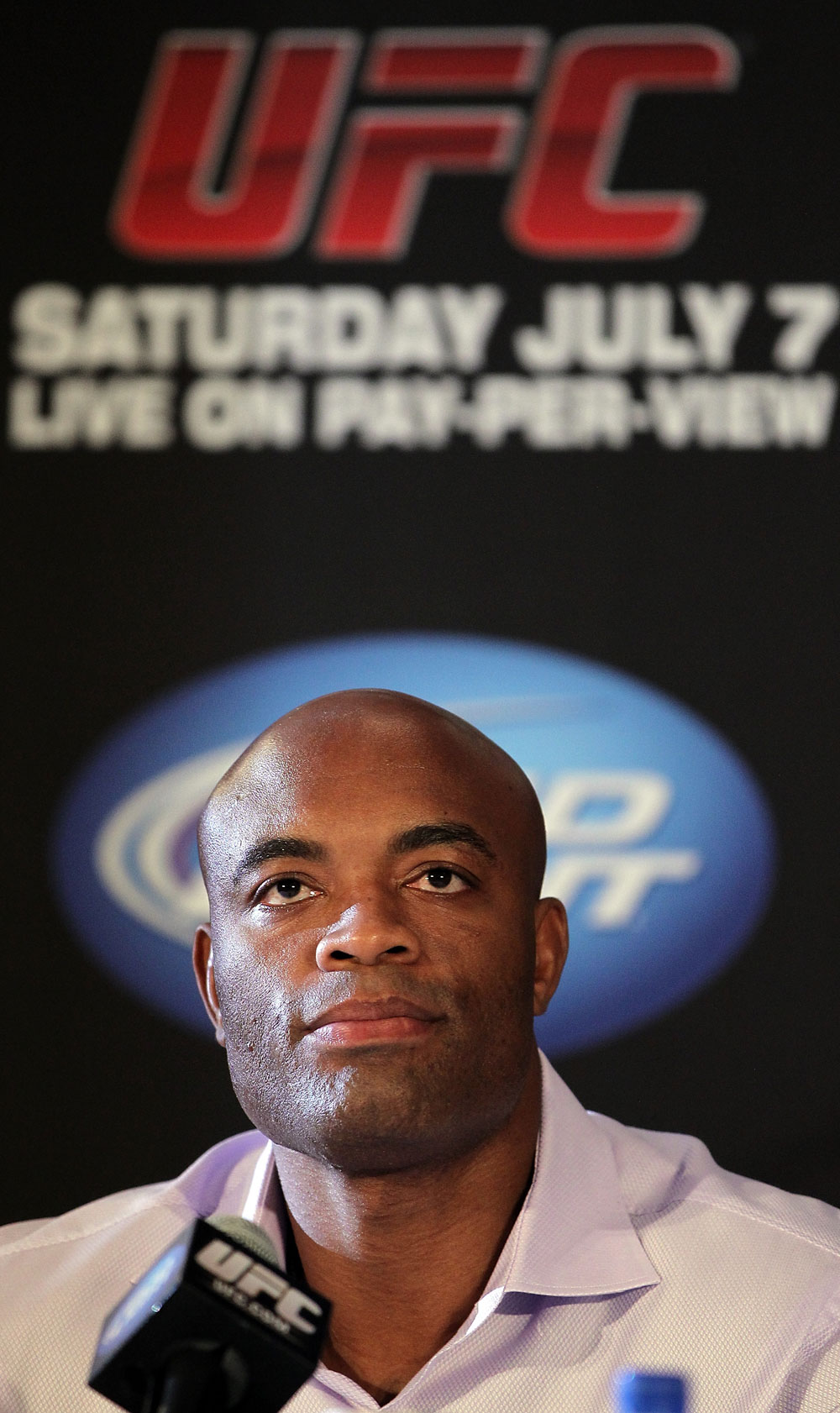 It was the question boxing legend Muhammad Ali asked Ernie Terrell over and over during their championship fight on February 6, 1967 as he punished the Mississippi native for 15 rounds. He didn’t really expect an answer, as the lead-up to the fight had already provided enough ammo for him to not be in a forgiving mood when it came to Terrell, who refused to call the former Cassius Clay by his new Muslim name.

And Ali made him pay.

The UFC’s number one middleweight contender, Chael Sonnen, has no problem calling 185-pound champion Anderson Silva by his name. It’s the other names he’s called him, his teammates, his friends, and his country that have gotten to the pound-for-pound king, and after sitting silently through the barbs for over two years, Silva has started to let loose, making no secret of his intentions when the two meet in a highly-anticipated rematch on Saturday night in Las Vegas.

“I'm dedicated, focused, prepared and, most of all, on a mission to do something that nobody has done before in the UFC: break every single bone in Sonnen's body,” said Silva on a recent media teleconference. “He's gonna walk out with his face broken, arms broken, legs broken. I'm gonna break him up entirely.”

The words were shocking in their ferocity, but coming from the soft-spoken Silva, an affable champion who is quick with a smile or a practical joke, it was even more out of character, making fans and pundits wonder whether Sonnen’s acts of gamesmanship had finally gotten into the champion’s head. He says they didn’t, but at the same time, he made it clear that Sonnen will have to answer for his trash talking.

“He didn’t affect me personally, but I’m just going to make him pay and make him eat everything that he said, not only about myself but about our country, about everything,” said Silva. “I’m going to make him pay and make sure that he never disrespects any fighter, not only Brazilian, but any fighter. I’m going to beat him maybe the way his parents should’ve beat him to teach him some manners because he’s disrespectful.”

Even Tuesday’s final press conference in Las Vegas produced fireworks as the two squared off for pictures and Silva bumped Sonnen, eventually having to be restrained by UFC president Dana White. If this is Silva’s way of amping up the promotion of the fight, it worked, but coming from him it seems that a lot more is simmering beneath the surface that has nothing to do with Sonnen’s trash talk.

Unbeaten in 15 fights since 2006 (14 in the UFC), Silva has been untouched in the Octagon, establishing himself as one of the best mixed martial artists ever in the process. There have been some duds along the way, including five round snoozers with Demian Maia and Thales Leites, but usually, Silva is dominant, exciting, and respected by everyone he faces. Sonnen threw a wrench into those works in August of 2010, as he followed up his lengthy trash talk assault with a four-plus round assault in their UFC 117 main event. When it was over, Silva did what the greats do, as he pulled out a fifth round come from behind victory, but his aura of invincibility took a hit. Was he starting to show signs of age at 35? Did Sonnen have the blueprint to beat him? Was he on his way down?

The champion’s two fights since then have silenced that talk for the most part, and coming off knockouts of Vitor Belfort and Yushin Okami, the now 37-year old from Curitba has left no doubts as to where he stands on the list of best fighters in the world, 2012 version.

It’s as bold as we’ve ever heard Silva, who has always been confident, yet self-effacing at the same time. While he knows his place among the greats, you won’t hear him saying it about himself. But the buttons have been pushed by the Oregon native, and Silva has either fallen into his trap or is preparing to spring one of his own on Saturday night. Then again, it’s not really a trap if you tell your opponent what you plan on doing on fight night, and Silva has been clear in his intention to make this rematch a painful one for the challenger, but with the same result as the first fight.

“There’s going to be no difference in the end,” said Silva. “You know, the first time we fought, he stepped out the loser and he’s going to step out losing again this time. The only difference is that this time he’s going to have to go see a plastic surgeon after the fight.”

So what must be going through Sonnen’s head at this moment? You would expect that nothing has changed for him, and if it did, he certainly has the poker face to hide it. But one thing’s for sure – Anderson Silva is angry, he’s seeking a form of redemption against the only man to ever test him in the Octagon physically and verbally outside of it, and the only result that will be palatable for him is one that sees him ending this feud once and for all. And while his hero Ali added words to his fistic attack on Ernie Terrell over 45 years ago, this champion is done talking.

“I have no other words to explain it other than the game is over, and you guys are gonna see on Saturday night what I’m talking about,” said Silva on Tuesday. “I don’t have anything else to say other than he’s screwed.”