Dynamic striker Uriah Hall has a style that has long been compared to that of former middleweight champion Anderson Silva, and on May 14, "Prime Time" will face the Brazilian icon in a bout featured on the UFC 198 card at Arena da Baixada in Curitiba, Brazil. 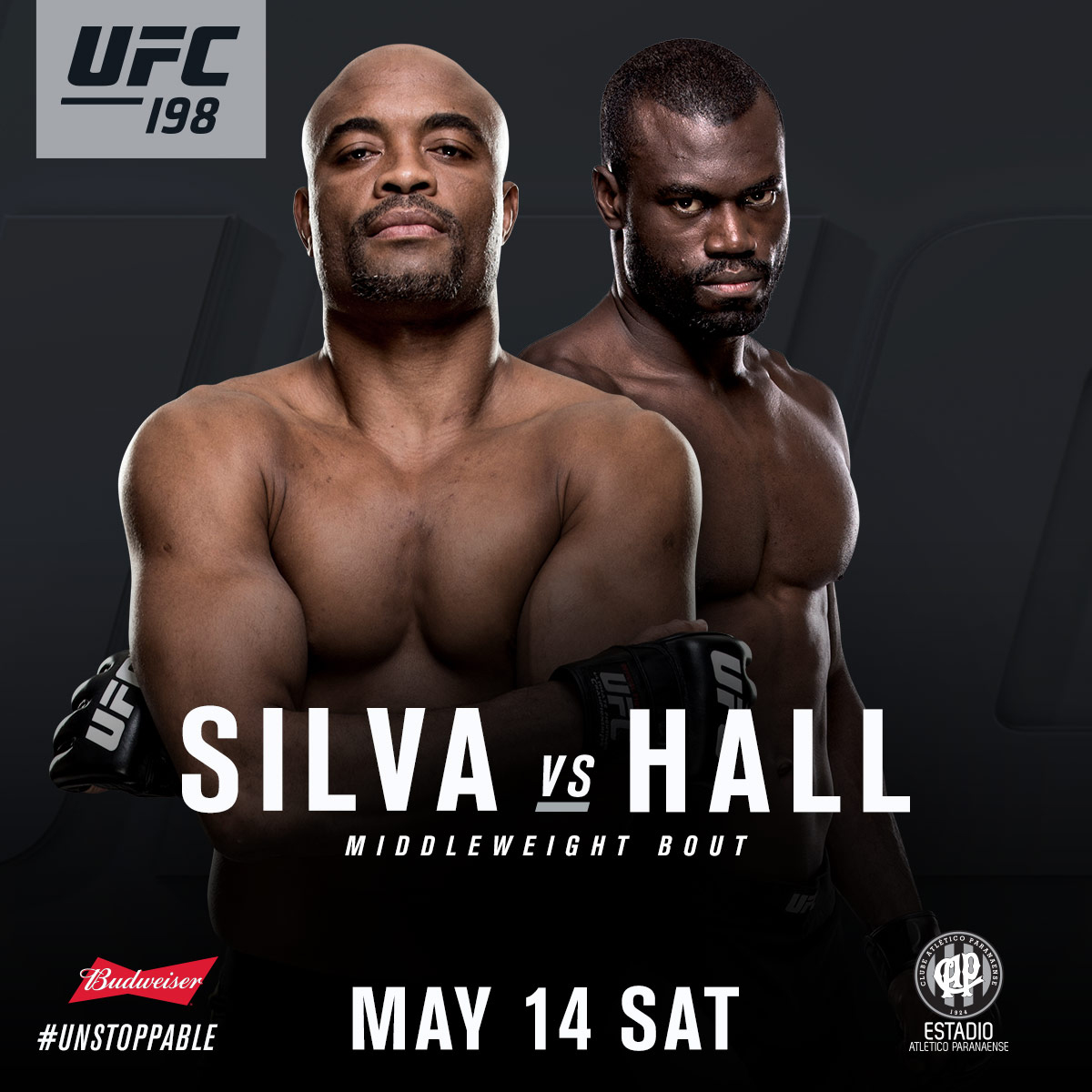 In the UFC 198 main event, Fabricio Werdum defends his UFC heavyweight title against Stipe Miocic. In the co-main event, it's an All-Brazil battle as Vitor Belfort faces Ronaldo "Jacare" Souza, and also featured on the card is a light heavyweight bout between Mauricio "Shogun" Rua and Corey Anderson.

The longest reigning champion in UFC history, Anderson "The Spider" Silva ruled the middleweight division from 2006 to 2013 before losing his crown to Chris Weidman. Now looking to return to the win column after a razor-thin decision loss to Michael Bisping in a Fight of the Night battle in February, the 40-year-old will fight in his hometown of Curitiba for the first time since 2002 against New York's Hall.

An Ultimate Fighter 17 finalist, the 31-year-old Hall has thrilled fans with the highlight reel moves that led him to a Performance of the Night knockout of Gegard Mousasi last September, as well as four more Octagon victories. On May 14, Hall will make his debut in Brazil against a true legend of the sport.