Anderson has big plans; match-up with Teixeira is just the start 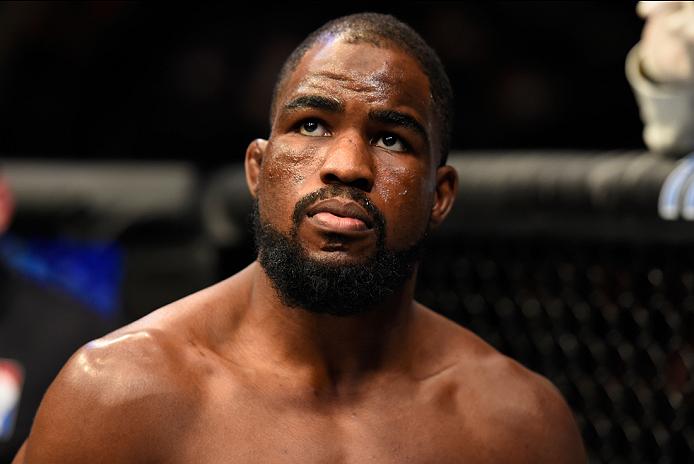 It must be something about Hamburg. Corey Anderson laughs, making it clear that if Sunday’s UFC Fight Night card was in Germany, Greece, Ghana or Guatemala, he was going to offer up his services when both main eventer Volkan Oezdemir and co-headliner Ilir Latifi fell off the card.

He made that offer back in April, as soon as wrapped up an impressive win over Patrick Cummins in Atlantic City, putting himself at the top of the list should at least one of the four light heavyweights on the top of the Hamburg card needed replacing.

“After the fight I called (UFC matchmaker) Mick (Maynard) and said, ‘I’m gonna get back in the gym right away, so if something happens with that July 22nd card between Shogun and Volkan, call me.’ And something happened.”

First it was Oezdemir off the card and Anderson threw his name in the hat for a rematch with Mauricio “Shogun” Rua, but that assignment went to Anthony Smith. Then it was Latifi who was forced to withdraw from his bout against Glover Teixeira due to injury. Again, Anderson stepped up, and this time, he got the fight he wanted.

“You know me, I’m always willing to take an opportunity when it comes my way,” said Anderson, part of a very small group that would want to face the No. 3-ranked Teixeira on short notice. But for Anderson, it was a no-brainer.

“I said it from the very first interview I had that I’m here, I’m for real and I’m about to go for the belt. So I’m gonna do anything I can to get there. If I can jump the line for an opportunity, I’m gonna take it. An opportunity like this can jump me right into title contention.”

In a wide open division filled with veteran contenders that have already gotten their shot at championship gold, the No. 9-ranked Anderson can be the fresh face that gets into the mix with a big win this weekend. And while he’s had his ups and downs since winning The Ultimate Fighter in 2014, it’s key to point out that with just a handful of pro fights under his belt before getting onto the reality show, he’s had to grow up in public under the bright lights, and not too many can handle that. Anderson has.

“A lot of people questioned if I was ready,” he said of his early days in the Octagon. “I didn’t have any amateur career, I didn’t take classes when I first started fighting, and I got thrown to the wolves in sparring. I never really had technique classes, so I pretty much learned as I went along.”

But a key in the Illinois native’s development was moving to New Jersey to train with the Iron Army squad under coach Mark Henry and with a fighter who Anderson – and the entire MMA community – holds in high regard. And as the years have gone by, “Overtime” has gone from wanting to be Frankie Edgar to finding his own voice in the fight game.

After Anderson’s win over Cummings, one in which he appeared to put everything together at the perfect time coming off back-to-back losses to Jimi Manuwa and Ovince Saint Preux, expect that there may be more than a few kids digging up Corey Anderson bouts on UFC FIGHT PASS to study. And Anderson will be joining them, as he’s one of the true students of the game, a fighter who sounds as excited with learning and his work in the gym as he does with the actual fights.

“I wouldn’t do it if I didn’t love it,” he said. “I’m not the type of person that’s gonna do anything just for a check. The first day, I said we’re gonna do this and we’re gonna go all out, go all the way to the finish. And when we feel like we don’t want to do it no more, we’re gonna walk away. I’m loving it more now than I did when we started.”

So is he ready for the next level? If he’s not, he’s getting there. Fast.

“I’m 28 years old, I’ve done everything I said I wanted to do and I’ve got so much more that I still plan to do,” Anderson said. “I’m finding myself, finding the best Corey Anderson. I’m finding all the best seasonings and spices to make the best recipe so I’m the UFC champ and the best champ there it is. It’s gonna be hard to defeat me. When I get that title shot, I’m gonna be prepared and I’ll go into that fight confident that I know what to do to get it done. I’m not gonna be second guessing myself anymore.

“Now there’s always going to be someone who finds an excuse or finds a way to not give me the credit I need,” he continues. “But in my mind, I think this (a win over Teixeira) is gonna put me at the top, and in contention with the names of the guys that have been there forever. Volkan jumped into the mix, and now it’s time for a new face, time for a change, and I hope to be that face.”