The hint was right in front of us, in Eryk Anders’ UFC bio, where he listed the languages he spoke as English and “some Portuguese.”

He laughs, admitting that his wife Yasmin not only taught him some Portuguese, but that she comes from Brazil. So maybe there is a method to the middleweight up and comer’s madness in calling for a fight in Belem with hometown hero Lyoto Machida, as Anders may have his own rooting section at Arena Guilherme Paraense when he takes on “The Dragon” this weekend.

“You already know,” said Anders. Yet all kidding aside, going from a December win over Markus Perez to fighting a former world champion in Machida is not just quite a leap for the 10-0 Anders, but the fact that he got what he was asking for stunned many people. Not Anders. Well, not completely.

“Just because of where we’re at in our careers, I was kind of surprised that he accepted it so quickly,” he said. “But, at the same time, no, because I knew that they were going to Belem, he’s from there, and most of the middleweight division is booked or recently fought, so not a whole lot of guys on the roster were available at that time. So why not me?” 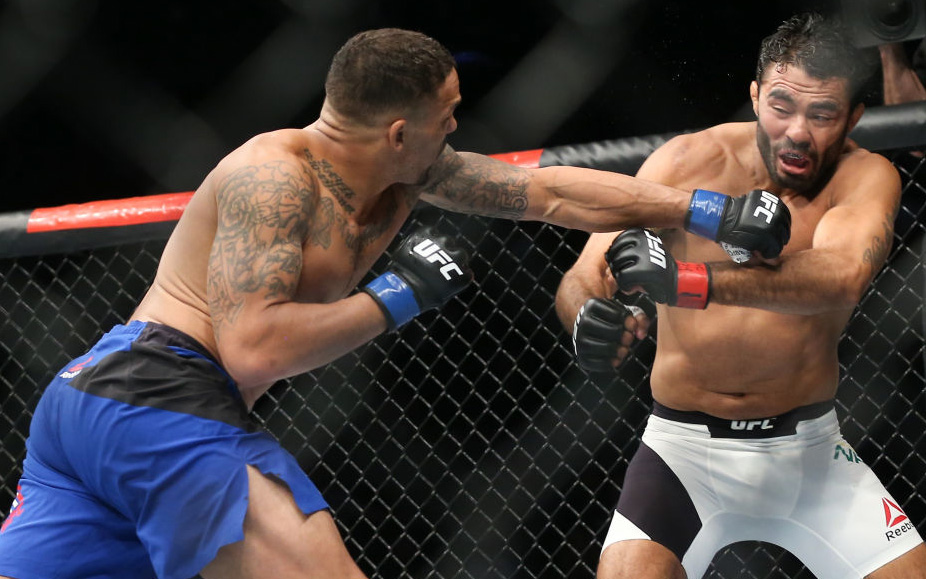 Rafael Natal during their bout on July 22, 2017 in Uniondale, NY. (Photo by Ed Mulholland/Getty Images)" align="right" /> Why not, indeed. But why Machida?

“I’m just trying to work my way up the food chain a little bit,” Anders said. “Ask and you shall receive. I took a shot in the dark and I hit the bullseye.”

Not only that, but if he can move to 3-0 in his first UFC main event by beating one of the best of his era, he will crash the top 15 and open up even more lanes on the fast track he’s traveling. It’s an old school approach to the sport, one where the only way you get somewhere is by being willing to fight the best. The 30-year-old Anders appreciates such comments, but he’s not trying to start something new or bring something back. He’s content doing his own thing.

“I’m me,” he said. “I’m down to get in there whenever, whoever. Just give me a few days to cut the weight. I live in the gym and I never stop training, so I’m always in shape and when I get ready for a fight, basically the only thing I do is change my diet. I leave the pizza and burgers alone and eat only what my wife cooks. The weight comes off and I’m good to go.

RELATED: Eryk Anders KO of the Week | Machida "Be Careful What You Wish For"

“But I think I’d be good in any era of MMA,” Anders continues. “Some of these guys want to pick and choose to get their record up, but I want to be champion, so I’m not fighting just to fight. I’ve got goals and aspirations, and I’ll do whatever I gotta do to achieve those.”

At this point, with a blistering knockout win over Rafael Natal in his short-notice UFC debut and the decision win over Perez five months later, a big win over Machida could start moving him in the direction Francis Ngannou was just in. Ngannou was marketable, was winning big fights, and all of a sudden he was in a title fight, and in that fight, heavyweight champion Stipe Miocic showed that his experience was on a different level. Does Anders look at that scenario and wonder if he could handle everything if he got that championship call sooner rather than later?

“I had an extensive amateur career, 20-something fights as an amateur, so I know what it’s like to get ready for a fight,” he said. “I know what I need to do and I worked all those things out in my amateur career, and as far as fighting five rounds, I’ve already done that and then turned around less than a month later and made my UFC debut. So I don’t think any stage is too big. I’m constantly evolving. Each fight you see something different, you see a new wrinkle in my game, and I think that’s what catches guys off guard. Machida’s been doing what he does forever and a day, but every time I fight, you see a new wrinkle and you see that I’ve gotten better in all aspects of the game, so you really don’t know what to expect when you fight me.”

In other words, everything happening now is going according to plan. 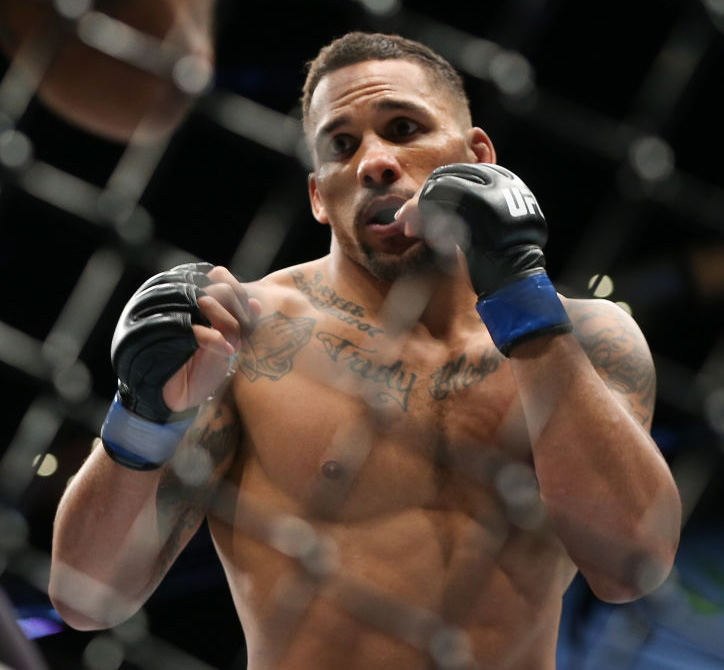 “Absolutely,” Anders said. “Only the people close to me know how good I really can be. My coaches, training partners and people at the gym see how hard I train and how I train. I obviously possess the intangibles, and I’m capable of getting wins in any way, shape or form, whether it’s a knockout, a submission or going the distance.”

Eryk Anders is a scary fighter. Not just because of what he does in the Octagon, but because of his confidence. It’s not a cocky, brash attitude, but one where you hear him and you believe him too. And if he keeps going the way he has, the phrase “the sky’s the limit” may not even apply to someone who has loftier goals than just the sky. Get ready, Mars.

“I’m trying to pass all that,” he said. “I want all the records, and I don’t think anybody in the division is as hungry and as willing to take the risks that I’m willing to take. And to the victor goes the spoils.”