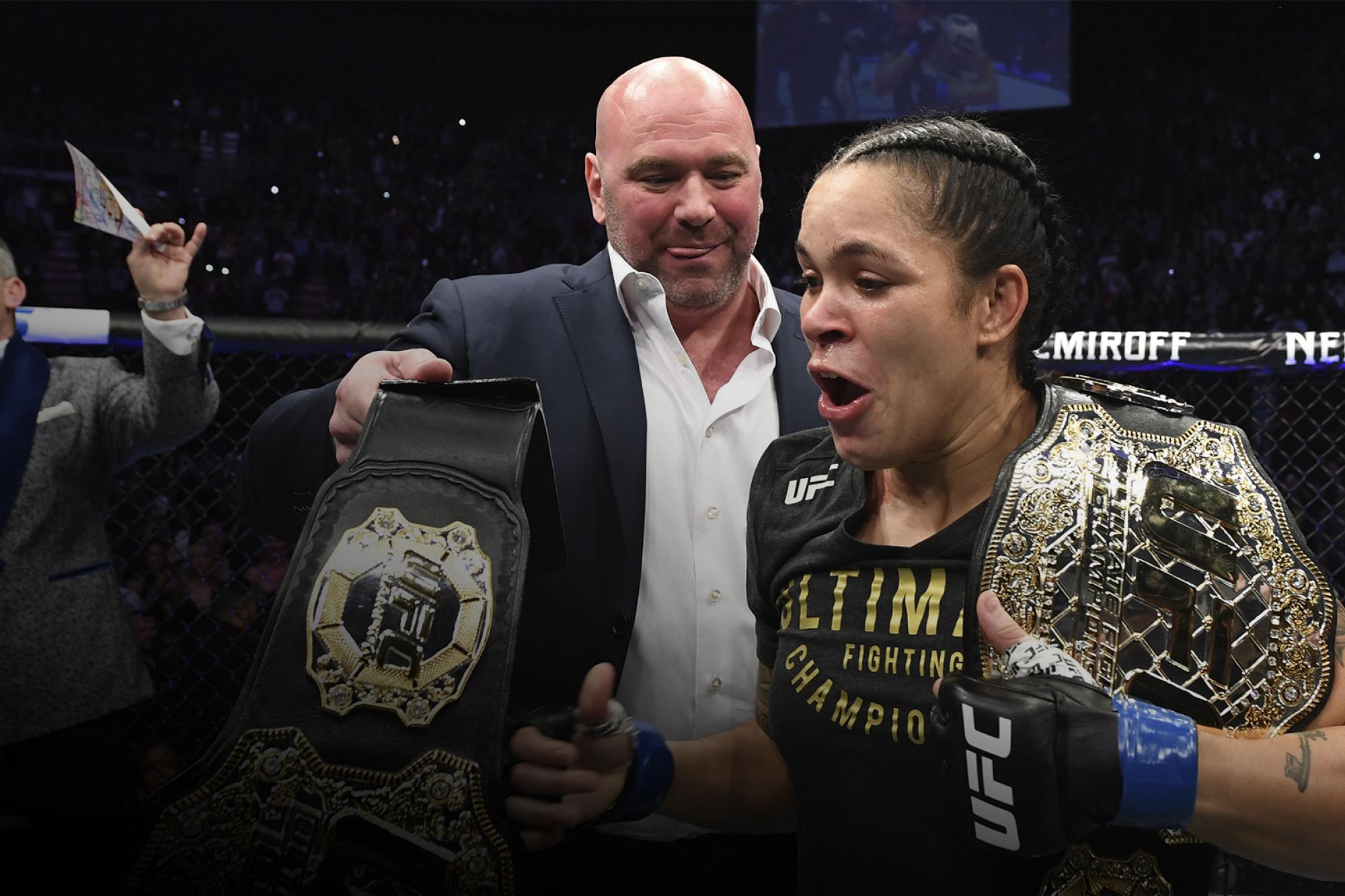 The sports world will be watching once again on Saturday, December 14, when Double Champ Amanda Nunes defends her bantamweight title for the fifth time against a former foe in Germaine de Randamie. This UFC 245 bout is another chance for Brazil’s “Lioness” to add to her resume as the best ever among the ladies, and if you needed any reminders when it comes to that status, they’re sitting below…

As shocking as it was definitive, Nunes took just 51 seconds to move up to the 145-pound weight class and take Cris Cyborg’s featherweight crown via first-round knockout, ending Cyborg’s 13-year winning streak in the process. It was a flawless effort from “The Lioness,” who made history by becoming the first (and to this date, only) woman to win UFC titles in two weight classes. Add in the fact that she’s holding both simultaneously, and that only adds to the accomplishment.

If there was supposed to be a post-Cyborg letdown for the UFC’s newest Double Champ, Nunes didn’t get the memo, as she dropped back down to 135 pounds and successfully defended her bantamweight title with another SuperFight knockout taking less than a round, this one of Holly Holm. That win made it nine in a row for Nunes, and beating six UFC champions, two Olympic medalists and one three-division boxing champion made a rock-solid case for Nunes as the greatest of all-time in women’s combat sports.