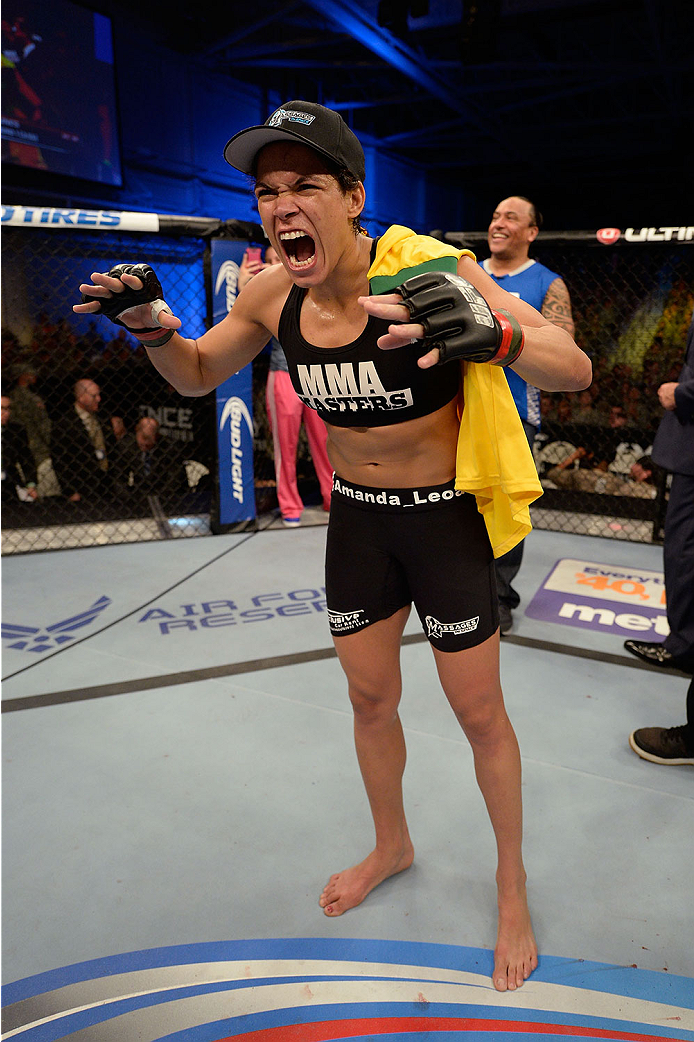 This could have been a different conversation. If things went well for Amanda Nunes in rounds two and three of her UFC 178 bout against Cat Zingano, we might have been talking about her as the top contender for the women’s bantamweight crown, or perhaps even as champion if she, and not Zingano, got the February crack at Ronda Rousey’s title.

Yet as Nunes prepares for her Saturday bout against Shayna Baszler in Rio de Janeiro, Brazil, she doesn’t discuss woulda, shoulda, couldas; it serves no purpose. What happened in her last fight has no bearing on what happens this weekend against a hungry veteran in search of her first UFC win. That’s the only order of business.

Nunes, a pro since 2008, entered the public eye in a big way before the Zingano bout, with fans getting their first real introduction to “The Lioness.” Seemingly unbothered by the added attention, Nunes was as confident as she’s ever been that she was going to defeat Zingano and then get a shot at Rousey, and after five minutes in the Octagon, no one was doubting her.
> Watch Nunes' debut bout against Sheila Gaff inside the Octagon

It was a 15-minute fight though, and the notoriously slow-starting Zingano didn’t get untracked until the second round, and in the third, she stopped Nunes via strikes.

“I expected her to be very resilient because she’s shown that quality in the past,” Nunes said. “I knew that Cat was a tough opponent. But I was supposed to be on the same level. But, at the time, I was unfortunately unable to keep my composure and finish the fight on my terms, the way I wanted, and expected, it to end.” 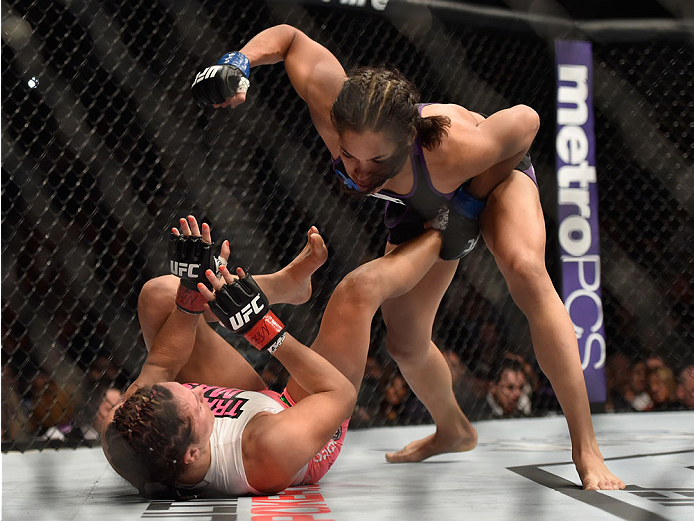 The defeat, the fourth of Nunes’ career but the only one of her UFC run and first since 2013, was a crushing one, and looking back, the big fight rush may have had something to do with her inability to keep the momentum of that first round going.

The 26-year-old vows that it won’t happen again, and she’ll get a chance to prove it in her return to Brazil against Baszler. The Bahia native owns a 6-1 record at home, with the only loss coming in her pro debut seven years ago. If she wants to show grace under pressure, Rio de Janeiro will be the perfect environment to do it in.

To get ready for the bout, Nunes put together her first training camp at the American Top Team gym in South Florida after previously working with the MMA Masters camp. It wasn’t a planned switch, but after checking the gym out and liking the energy there, she decided to stay. 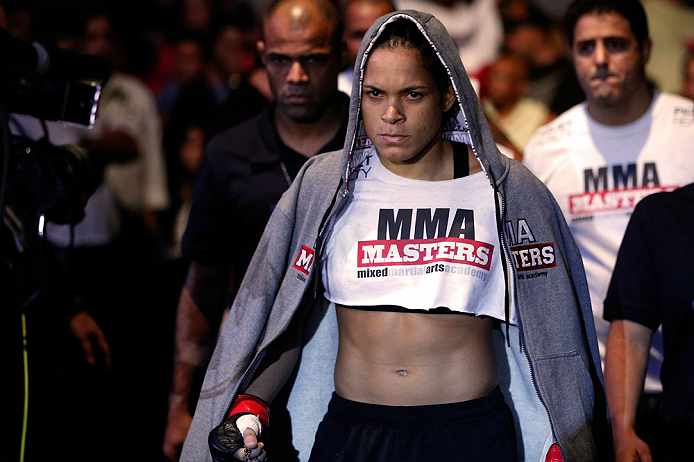 “Everybody there thinks the same and has the same mindset, the same goal of becoming a champion,” she said. “Everybody works extremely hard, which gives me even more motivation and automatically makes me train harder to achieve my dreams in the sport.”

Top on the dream list at the moment is a world title. And even with a loss in her last bout, a win this Saturday will put Nunes at 3-1 in the UFC. Another win or two after that, and it could be enough to enter the title fight conversation. Too soon? Maybe, maybe not.

“That’s an interesting question and something interesting to think about,” she admits. “But it all depends on the UFC and the way the fights go. There are too many variables for me to give a good answer.”

Does she at least see some flaws in the seemingly flawless champion though?

“I appreciate the interest in this matchup,” Nunes said of a bout against Rousey. “But this is something I don’t want to talk about until I have the opportunity to show it when I get there.”

Ah, patience. You have to respect that, especially from a fighter who isn’t known for such restraint on fight night. Is that a sign of a calmer Amanda Nunes on fight night? Not particularly.