It might not be possible to find a fighter that has more energy than Clay Guida.

Before each faceoff, weigh-in or workout Guida can be seen clapping and quickly pacing back and forth. His intensity isn’t some sort of gimmick or a tactic to throw off his opponent, it truly is just Clay Guida.

And 49 fights into his professional mixed martial arts career he doesn’t think that will change anytime soon.

“That’s all we know man,” Guida said. “We don’t care what we are getting ready for we’re bouncing around all the time. I couldn’t be more excited to go out there and jump on the scale or get in the cage and put on a show for the fans. We’re always 110%.”

At UFC 237 Guida will take on fellow legend BJ Penn, a fighter that he has always wanted to stand across from in the Octagon. The opportunity is one that Guida could not wait to accept, largely in part to his tremendous respect for Penn and what he has accomplished in his MMA career.

“We are going to put BJ Penn at the top of the list of legends and of champions that we’ve fought,” Guida said. “He’s all I have been thinking about for the last couple of months. As soon as we heard that we jumped at the opportunity because not only did he help build the lightweight division, he helped build the landscape of mixed martial arts and the UFC.”

Fighting someone you have such respect for can often come with additional pressure, but Guida sees that respect as chance to be cerebral in the Octagon. 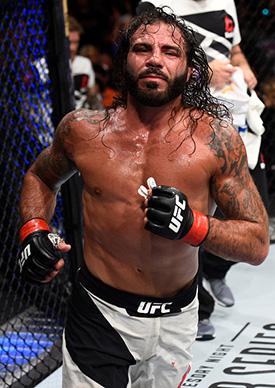 Clay Guida reacts after the conclusion of his lightweight bout against Erik Koch during the UFC Fight Night event at the Chesapeake Energy Arena on June 25, 2017 in Oklahoma City, Oklahoma. (Photo by Brandon Magnus/Zuffa LLC)

“A lot of people sleep on him but he’s very dangerous,” Guida said. “He’s got power in his hands and his ground game can never be overlooked. But we are going to bring the pace, get in his face the whole time, frustrate him, take him down when the time is right and bring out the old caveman ground and pound.”

A bounce back win would mean a lot to “The Carpenter” and it would help him add another name to his extensive list of opponents that he has defeated. Names like Nate Diaz, Rafael dos Anjos and Anthony Pettis.

When Guida makes the walk to the Octagon on Saturday night it will be fight number 50 and he believes that a decisive victory over “The Prodigy” will cement his own legacy. 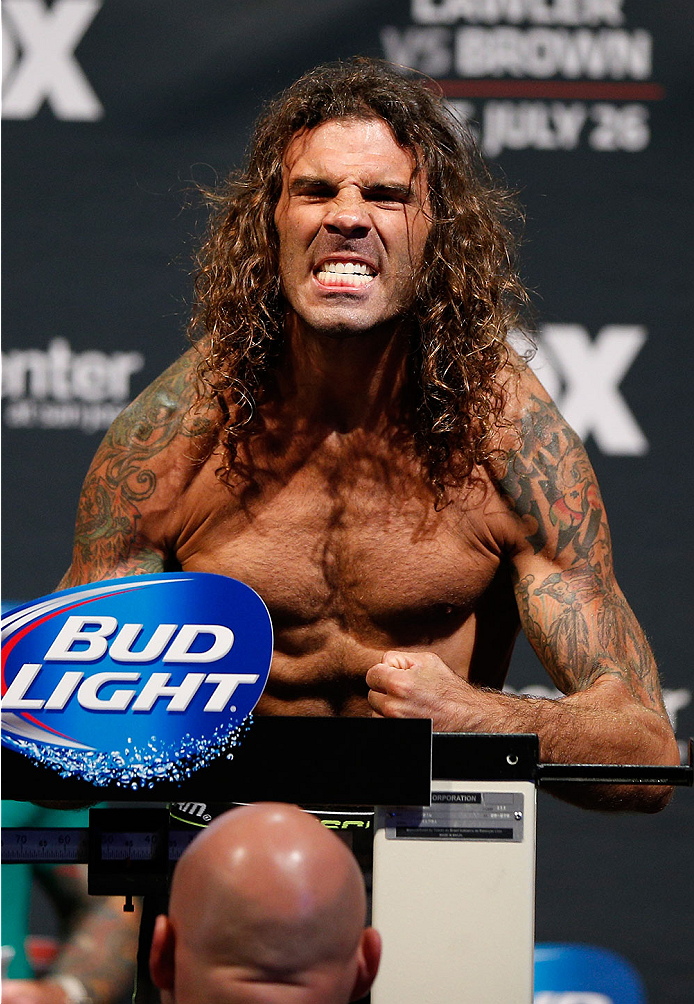 “In order to become a legend, you have to take down a legend,” Guida said. “And who better than BJ Penn.”

You’re not going to want to miss Guida and Penn battle it out. Tune into UFC 237 Saturday at 6:15pm/ 3:15pm ETPT with the UFC Fight Pass Early prelims. The ESPN+ prelims begin at 8pm/5pm ET.

The UFC 237 main card will start at 10pm/7pm ETPT and is only available on Pay-Per-View. Order the card here.