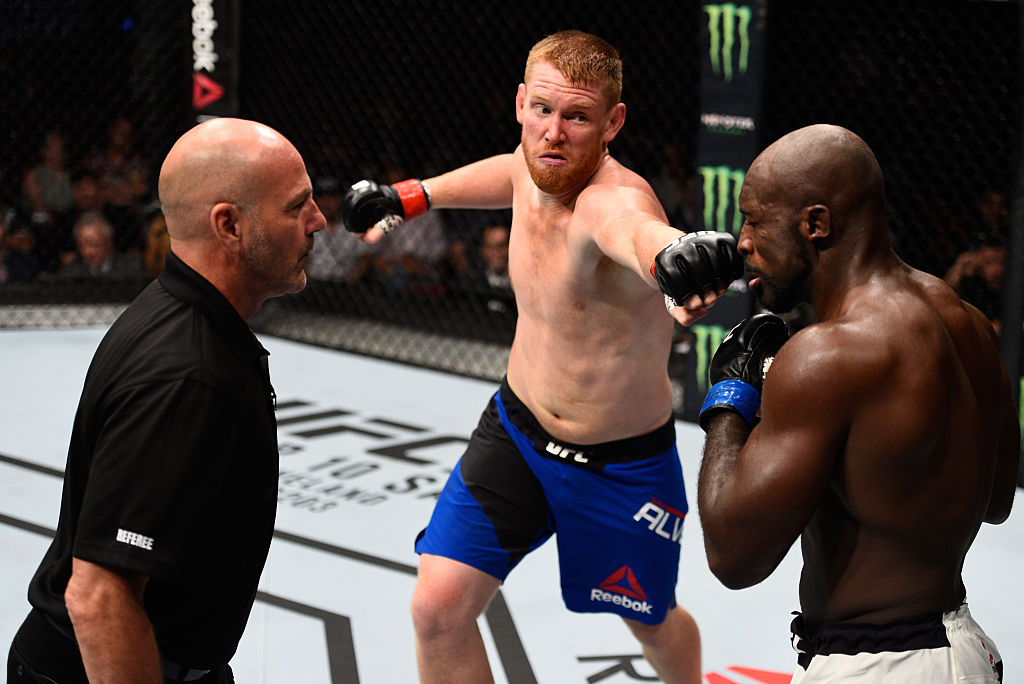 Middleweight prospect Sam Alvey left the Octagon smiling for the second time in 2016 on Saturday, as he knocked out fellow Ultimate Fighter alum Kevin Casey in the second round of their Fight Night Vancouver bout at Rogers Arena.

Casey had a solid first round, with the measured pace to his advantage as he fought well at range and also worked effectively against the fence. With seconds to go in the round, though, Alvey got loose with some hard shots that appeared to rattle Casey.

Alvey followed up his late first-round success with a strong surge two minutes into the second as he rocked and dropped Casey with a series of shots. Casey avoided a stoppage on the mat, and Alvey stepped back and waved his foe back to his feet. The complexion of the fight had changed now, and with less than a minute left he put Casey on the canvas once more. This time, Casey wouldn’t recover, with referee Yves Lavigne intervening at the 4:56 mark. 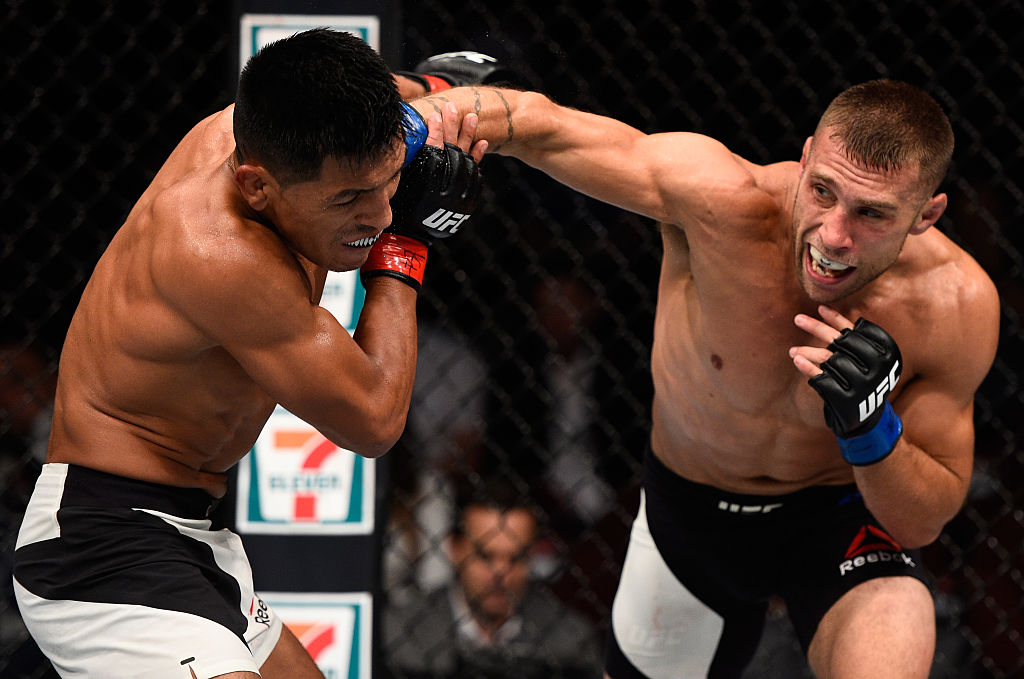 Barzola showed off much improved striking in the opening round, but by the end of the round, Bochniak was scoring with leg kicks, and that opened up his strikes upstairs. Barzola continued to stay a step ahead in the second round though, and two late takedowns by the Lima native didn’t hurt him either. And while the action remained close in the final round, it appeared as if Barzola had done enough to win, an opinion two of the three judges disagreed with. 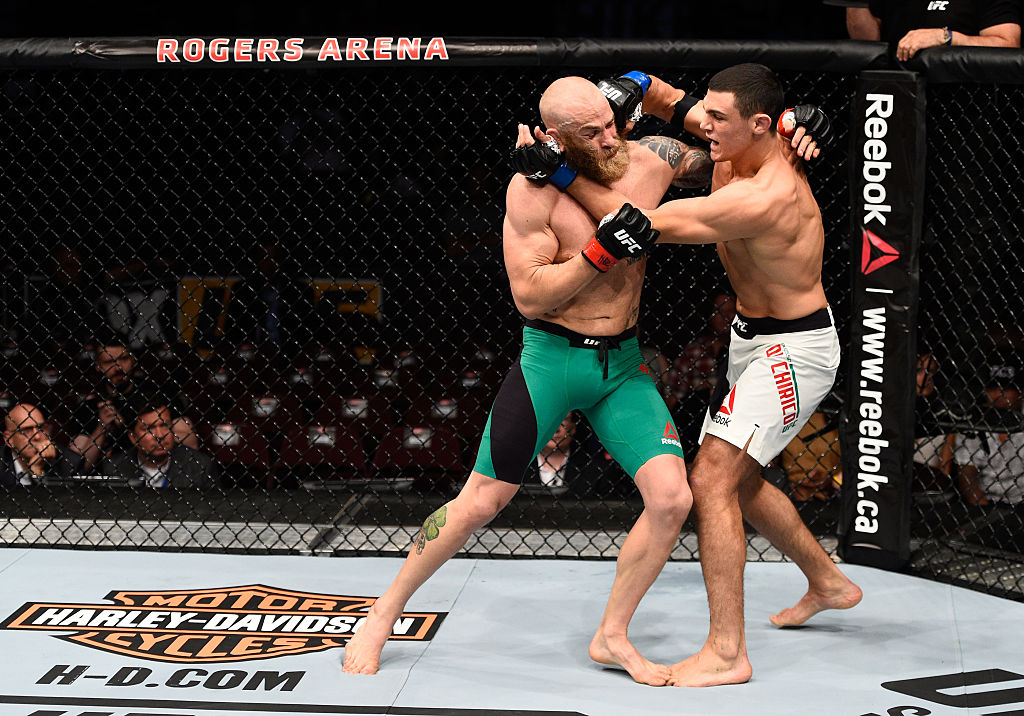 After some work in the clinch against the fence to kick off the bout, the rest of the first round was nip and tuck, as both fighters landed their share of shots from long range. Di Chirico went back to his corner with a cut under his left eye, but it was far from a huge striking edge for South Africa’s McLellan.

McLellan (13-5) opened the second with a takedown, but as Di Chirico rose, he caught “Soldierboy” with an elbow and stunned him. The Italian tried to finish his bloodied foe, but McLellan recovered and got back to his feet. Di Chricio went to Plan B, scoring a takedown, but McLellan rose quickly and the two proceeded to battle against the fence.

Di Chirico (10-1) took McLellan to the mat in the second minute of round two and then took his opponent’s back. McLellan shook him off and got into the top position, but “Manzo” didn’t stay there long, and the two rose, Di Chirico drilling his foe with several hard shots both at range and in close. McLellan did get a late takedown, but he unable to do much with it before the final horn. 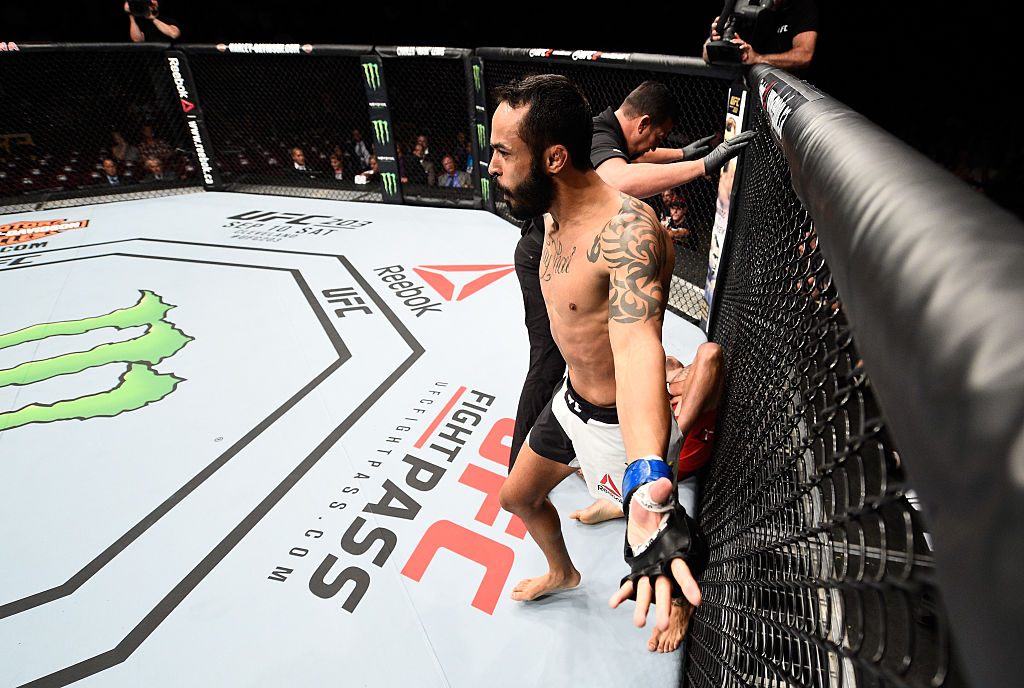 Debuting Brazilian lightweight Felipe Silva wears the words Muay Thai as a tattoo on his chest, and he showed off his skills in the art of eight limbs with a first-round stoppage of Shane Campbell.

Silva was aggressive from the start, initially doing solid work in the clinch, but as he kept the pressure on, he began to open up with his fists as well, and as he caught Campbell against the fence, he hurt him with a body shot then dropped him with a left to the head. A follow-up barrage ended the fight, with referee John McCarthy halting matters at 1:13 of round one.