Alves vs. Cote heads to Buffalo in April 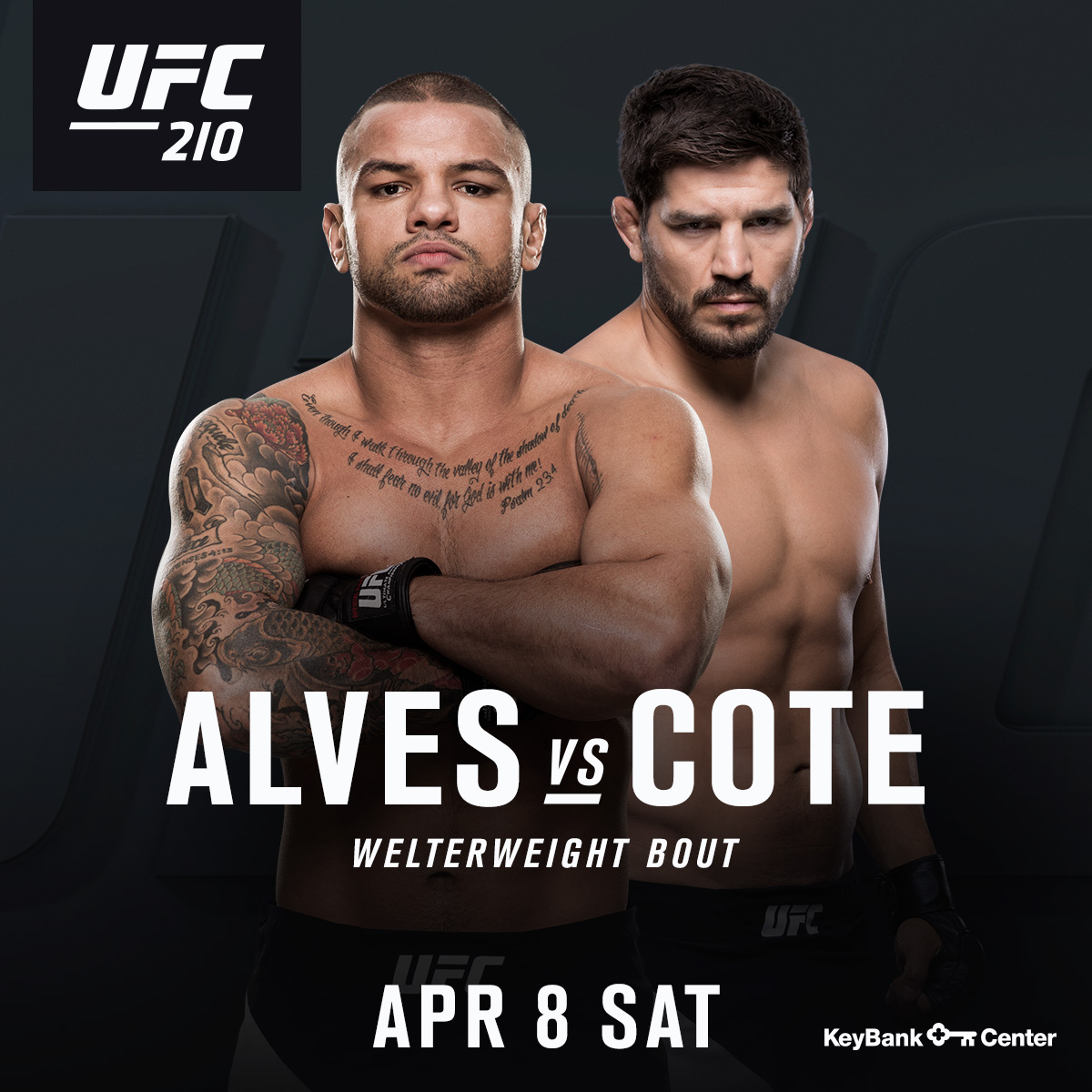 Two of the welterweight division’s most respected veterans will finally meet on Apr. 8, when Patrick Cote takes on Thiago Alves in a UFC 210 bout at KeyBank Center in Buffalo.

Returning to the 170-pound weight class after a lightweight match with Jim Miller at UFC 205 in November, Brazil’s Alves is back at his optimum weight and eager to show off the “Pitbull” that has produced 13 Octagon wins, including those over Matt Hughes, Josh Koscheck, Seth Baczynski and Jordan Mein. Canada’s Cote was a longtime middleweight standout, but he found his home at welterweight, where he has won five of seven bouts, including back-to-back finishes of Joshua Burkman and Ben Saunders in his most recent victories.