International lightweight star Eddie Alvarez is now a member of the UFC roster... 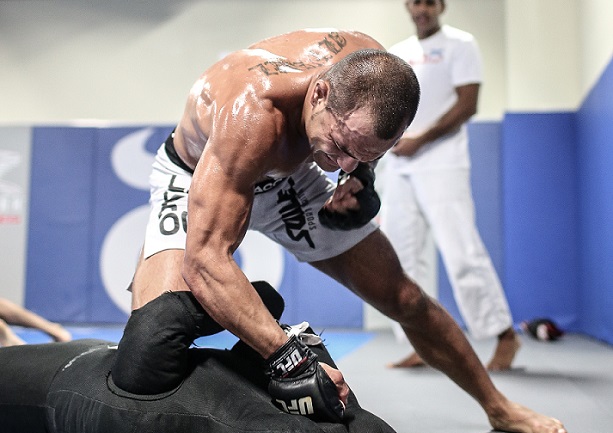 Long considered the best lightweight fighter outside the UFC, Eddie Alvarez will now get his opportunity to join the Octagon elite. The 30-year-old Philadelphia native signed an exclusive contract with the UFC, the leading promotion in mixed martial arts on Tuesday following months of speculation about his future in the sport.

Alvarez’ first fight under the UFC banner will be a UFC 178 co-main event bout against Donald “Cowboy” Cerrone in Las Vegas on September 27. Cerrone’s original opponent for that date, Bobby Green, will face an opponent to be determined on a November event.

A former high school wrestling standout, Alvarez transitioned to MMA after high school, making his professional debut in December of 2003. After making a name for himself on the tough east coast circuit that produced the likes of Chris Weidman and Frankie Edgar, Alvarez eventually took his show on the road, competing for various organizations in locales such as Canada, Russia, Costa Rica, and Japan.

It was in Japan that Alvarez went from local prospect to world-class contender, as he defeated the likes of Tatsuya Kawajiri, Katsunori Kikuno, and Joachim Hansen, with his only loss in five fights in the Land of the Rising Sun coming against Shinya Aoki in 2008, a loss he would later avenge by first round knockout.

In 2009, Alvarez debuted in the Bellator promotion, where he compiled a 9-1 record that saw him win the organization’s lightweight title and beat Toby Imada, Josh Neer, Roger Huerta, Pat Curran, and Patricky Freire. But his most memorable moment came in his most recent fight on November 2, 2013, when he avenged a 2011 loss to Michael Chandler by regaining his 155-pound title with a five-round split decision win that capped off a thrilling two-fight series.

So with all scores settled, Alvarez – a member of the respected Blackzilians Fight Team in Boca Raton, Florida – is ready to tackle the best of the best in the Octagon.