Alvarez brings 'it' factor vs McGregor at 205

The talking is almost over. Eddie Alvarez knows it and is almost embracing it, which isn’t a surprise, as the UFC lightweight champion has always been all about the fight.

On Saturday, the Philadelphia native will defend his title for the first time against Conor McGregor at Madison Square Garden, but first there are the media obligations, which began Wednesday on the floor of “The World’s Most Famous Arena” with open workouts. 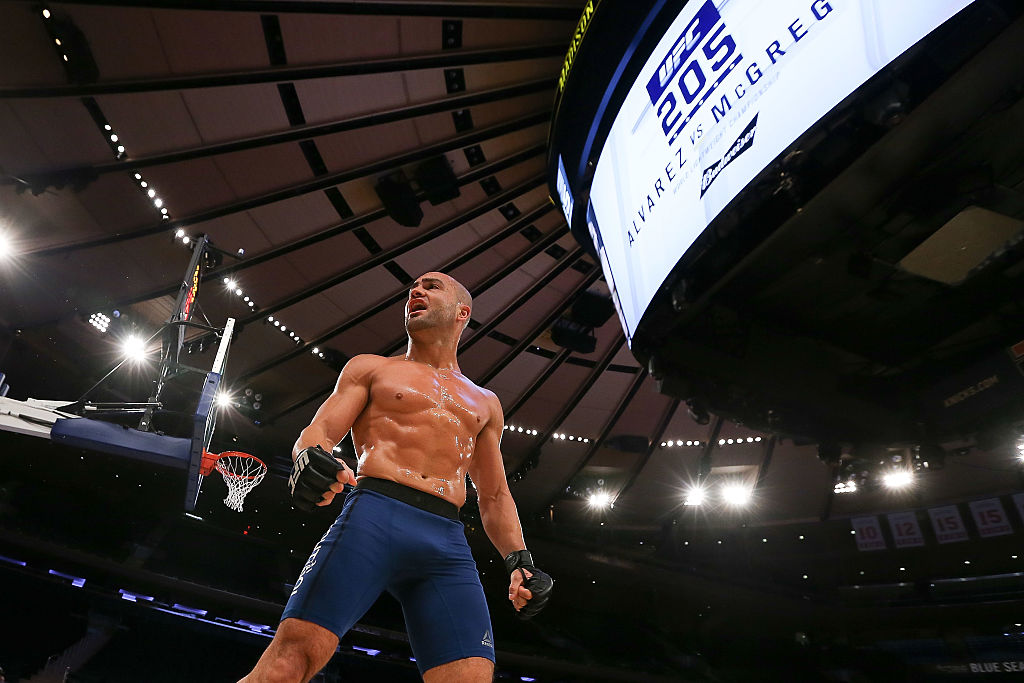 Alvarez skipped rope, worked with coach Mark Henry briefly, and after a couple questions from the UFC’s Megan Olivi, it was off to the next stop. For the 32-year-old champion, this is the price to pay before he gets what he wants on Saturday night.

For Henry, who has Alvarez, Frankie Edgar, Katlyn Chookagian and Chris Weidman on Saturday’s historic UFC 205 card, Saturday night will also be a culmination of sorts, as the notoriously tireless worker will finally be able to look forward to some sleep come Sunday.

Maybe. But that’s never stopped Henry, who has a reputation for all-night tape sessions that result in texts to his fighters at all hours. But his reasoning is simple.

“They're great people,” Henry said. “Awesome individuals, awesome families. You get to know their families and their kids, and you don't want to sleep. For me now, it's not about the Garden. We were at UFC 200, and it's all about just winning and losing. So MSG comes a far second when I think about their families, their kids, their wives, and that's just my mindset.”

That dedication is mimicked by his fighters, all of whom bring not just technical acumen to the Octagon, but a toughness you can’t teach.

“Everyone always asks me, what's the biggest thing about Frankie and Eddie and that (toughness) is the ‘it’ factor, that these guys will keep going,” he said. “They block everything else out, and they know if he does this, I do that, he does that, I do this. They keep to the A, B and Cs of MMA, and if they keep that mindset, everything else takes care of itself. With these guys, you see them train, you see them spar. When they're sick, they're working out, when they're hurt they're working out. That shows me who's showing up. These guys have it.”

And while Alvarez has made it clear that he believes McGregor is “an eight-minute fighter,” Henry has his charge ready for a lot more than that.

“I don't look at eight minutes,” he said. “You've got to look at the whole fight. Conor's looked good in other fights where he slowed down in the beginning. With (Max) Holloway, he went the whole way and looked sharp, so I'm not even thinking about that. I'm thinking about 25 minutes. If Eddie can get it done sooner, that's awesome, but he's got to concentrate on going a hard, hard 25. So whether Conor can do one or 25, it doesn't mean anything to me.”