"After much deliberation since my fight at UFC 128 I have decided to step away from the sport as a fighter.” - Ricardo Almeida 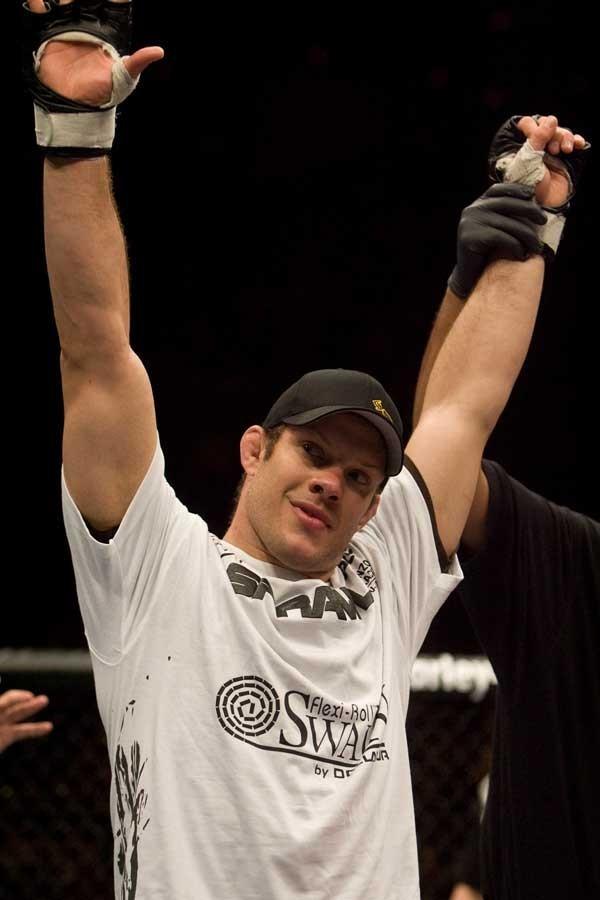 After nearly 11 years in mixed martial arts, former middleweight and welterweight contender Ricardo Almeida has decided to retire from the sport as an active competitor at the age of 34.

“Back in 2008 I decided to return to MMA,” wrote Almeida in a statement posted on his Facebook page. “Since then I have had the privilege of fighting eight times in the UFC. As a competitor I can think of no bigger thrill than to stand in the center of the Octagon with my hands raised.

During these almost four years it has been a personal struggle to find balance between my fighting career, caring for my son who was diagnosed with autism soon after I signed a six-fight deal with the UFC, teaching at my growing Jiu Jitsu Academy and the family duties we all have.

MMA is a great sport but also physically and mentally unforgiving. It is a dangerous task to step in the octagon, especially if your focus is not at 100%.

After much deliberation since my fight at UFC 128 I have decided to step away from the sport as a fighter.”

Born in New York City, Almeida and his family later moved to Rio de Janeiro, where he began studying jiu-jitsu at the Gracie Barra Academy when he 15. A quick study in the gentle art, Almeida soon crossed paths with the man who would become his mentor, Renzo Gracie.

"Renzo is a great, great guy," Almeida said of his teacher when I spoke to him before his UFC debut in 2001. "To begin with, he was like an idol when I started training. He was the only black belt at the academy when I started training, so he has been like a childhood idol. Later on, when I moved here, he became a friend and something close to a father to me. You can see where he is very respected in the mixed martial arts world. He's such a nice person, very loved. He's definitely here with us, with all the students. He's someone that the last thing you learn from him is Jiu-Jitsu. He will teach you things like honor, respect, and all those things that really matter."

These were all aspects of teaching that Almeida brought to his students when he opened his own Academy in Hamilton, New Jersey, and despite all his grappling accolades – which included status as a four-time Brazilian National Champion, 1999 Pan American Champion and two-time Silver Medalist at the ADCC Submission Wrestling World Championships, he remained humble while carrying on Gracie’s teachings and becoming a mentor himself to the likes of UFC fighters Frankie Edgar, Kris McCray, and Nick Catone, among others.

In December of 2000, he decided to put his jiu-jitsu training into action in mixed martial arts, and he debuted with a three round decision win over Akira Shoji at PRIDE 12. Five months later, he was in the UFC, and though he lost two of three bouts in his first stint in the Octagon, he was bringing a fresh outlook to a game that was still misunderstood at the time.

"Many people stereotype fighters as dumb and mean, and not caring about anything else but fighting," he said before his first UFC bout against Matt Lindland. "But when we step into the ring we don't have to be mean. There's no such feeling towards the other guy. That only clouds your judgment and will only be detrimental to your performance rather than bring anything good. So the hardest thing for me is to try and have a good mindset for the fight, but in day-to-day life, like during training, I'm doing other things to not become the fighter like in the stereotype."

Dusting himself off after a UFC 35 loss to Andrei Semenov in January of 2002, Almeida returned to Japan and became a legit middleweight contender with a six fight winning streak in Pancrase and PRIDE that included wins over Ikuhisa Minowa, Kazuo Misaki, Nate Marquardt, and Ryo Chonan. But after the Chonan fight in 2004, he would walk away from the sport for nearly four years.

“When I left the sport, in my mind I had no doubts,” said Almeida in 2008.  “It wasn’t that I didn’t love the sport, because I do, but I left to be able to focus on my school, my own personal life, and spend more time with my family.  My son was two years old at the time, my wife was pregnant with our second child, and I just wanted time to focus on my family and my life outside the ring.  I felt I was a pretty good fighter, but I didn’t want to fight another ten years and then have to look back at my life and see that it was a mess.  We have been able to build a beautiful family, we have three children, and we have a school with over 400 active students and I’m at the school every day.”

In 2007, he decided it was time for his return, and in February of 2008, with a new UFC contract in hand, he set foot in the Octagon once again. This second time around was a lot more successful than the first, with Almeida compiling a 5-3 record that included wins over Rob Yundt, Matt Horwich, Kendall Grove, Matt Brown, and TJ Grant.

In his last bout, at UFC 128 on March 19th, he lost a close three round decision to Mike Pyle, finishing his career with a 13-5 record.

But Almeida’s career was never about wins or losses. It was about class, courage, and exposing the values he had picked up in the gym to the world. And though only 34, the Brazilian Jiu-Jitsu black belt has always been an old soul, wise beyond his years. He was still a student at Rutgers University the first time I spoke to him back in 2001, and he seemed much too mature to be just 24 years old. I asked him if he felt he had missed out on anything by basically growing up in a jiu-jitsu academy.

"I think life is not about having fun," he said. "You're here to do something, and Jiu-Jitsu is definitely helping to shape my personality, and fighting is shaping the person that I am. Many things such as honor, respect, and all those things we do have in the sport that many people don't realize. But just as in any sport or in anyone's life, there will be a time when I step away, and I'll just move on with my life. I wouldn't say I've missed anything. I definitely don't have a normal life. I travel a lot, a lot more than anyone my age. I'm never at home and I really miss going out with my friends, but it's part of the life I chose and I'm sure I will have a lot that will come from that life."

Almeida ended his retirement statement as such:

“I will continue to fully support the UFC as a coach and of course as a big fan. I would like to thank Lorenzo Fertitta and Dana White for their leadership and vision which brought the sport to new heights. I would also like to thank Joe Silva for giving me the opportunity to compete among the best martial artists in the world.

Renzo Gracie, Mark Henry, Frankie Edgar and all my teammates who I could not have gone through this challenge without.

Finally I would like to thank my wife, children and family as well as my students. You will have my integral dedication from here on.

Lastly the fans who make MMA the greatest sport there is.”