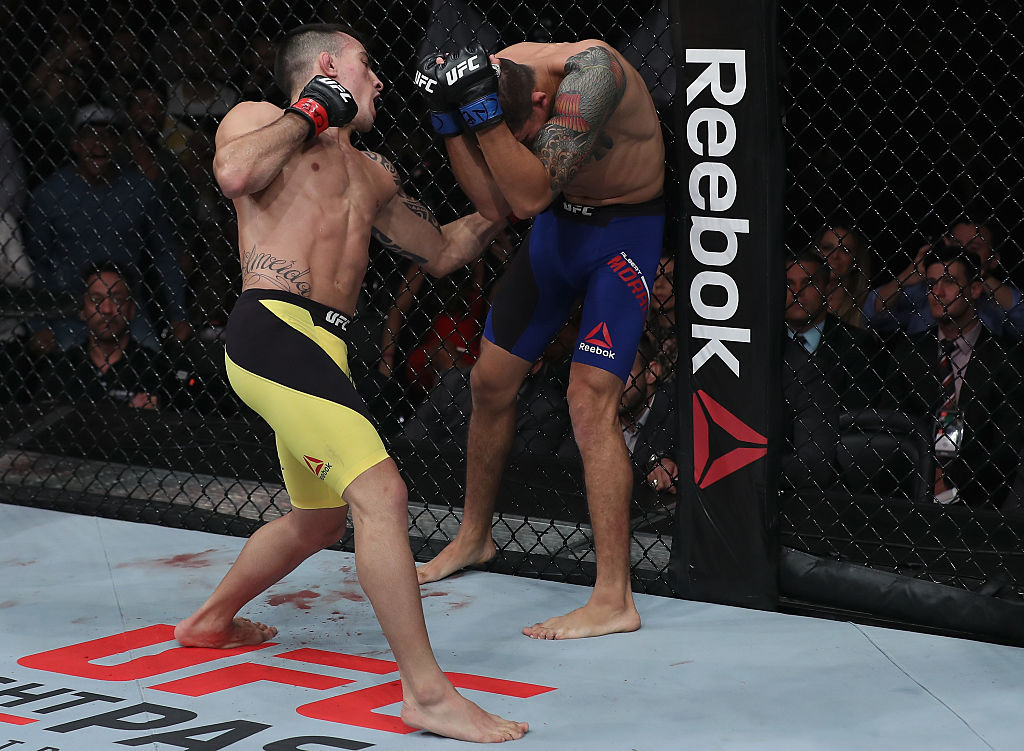 Showing no ill effects from the first loss of his career against Cody Garbrandt, bantamweight knockout artist Thomas Almeida picked up where he left off before that May bout, thrilling the fans at Ginásio do Ibirapuera in his hometown of Sao Paulo with a second round stoppage of Albert Morales.

Fighting in the Octagon for just the second time, Morales wasn’t intimidated in the slightest by Almeida’s reputation, and he swung freely throughout the opening round. But with 1:30 left, Almeida tagged the Californian with a right hand and hurt him, prompting Morales to take the fight to the mat. That allowed him to clear his head, and when the two rose, they proceeded to throw bombs at each other until the end of the round.

In the second, Almeida still had a full gas tank while that of the courageous Morales was starting to run on empty. That meant Almeida had the time to pick his power shots, and he quickly hurt his opponent. After a few more blows, referee Eduardo Herdy should have halted the bout, but he instead let Morales take an extended series of punches before finally stepping in at the 1:37 mark. 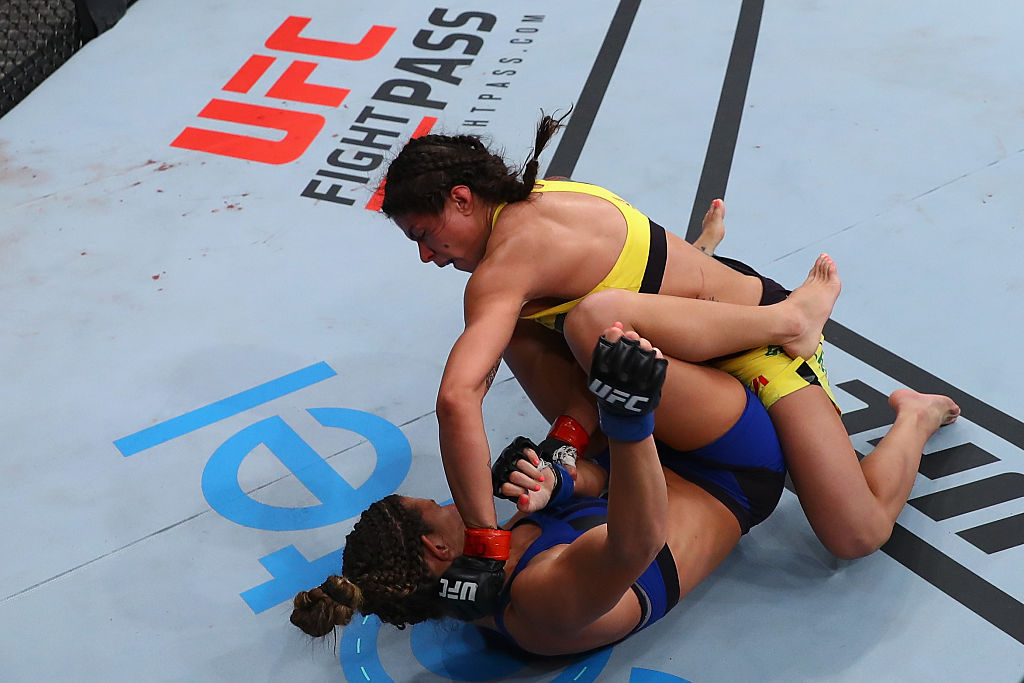 Back in the win column in her first fight since losing her rematch with Joanna Jedrzejczyk in July, Claudia Gadelha cemented her place as the No. 1 strawweight contender in the world with a solid, but unspectacular, three round unanimous decision victory over Cortney Casey.

Gadelha put together a solid first round effort, nullifying Casey’s offensive attempts while scoring well on the feet and scoring a thudding takedown midway through the round that allowed her to do some ground work. Casey was far from out of the fight though, and she kept pressing throughout the first round and into the second. But every offensive charge was met with a more effective counter by Gadelha, whose physical strength was a major hurdle for Casey to overcome.

In the third, Gadelha continued to control the bout, but an illegal kick to the head of a downed Casey in the second minute put an abrupt halt to the proceedings, with Casey clearly hurt by the blow. After a brief break and no point deduction, the action resumed and the two began slugging it out, with Gadelha breaking things up with another takedown. Once standing, it was Gadelha playing the aggressor, landing some punches before another trip to the canvas, where the bout remained until the final horn. 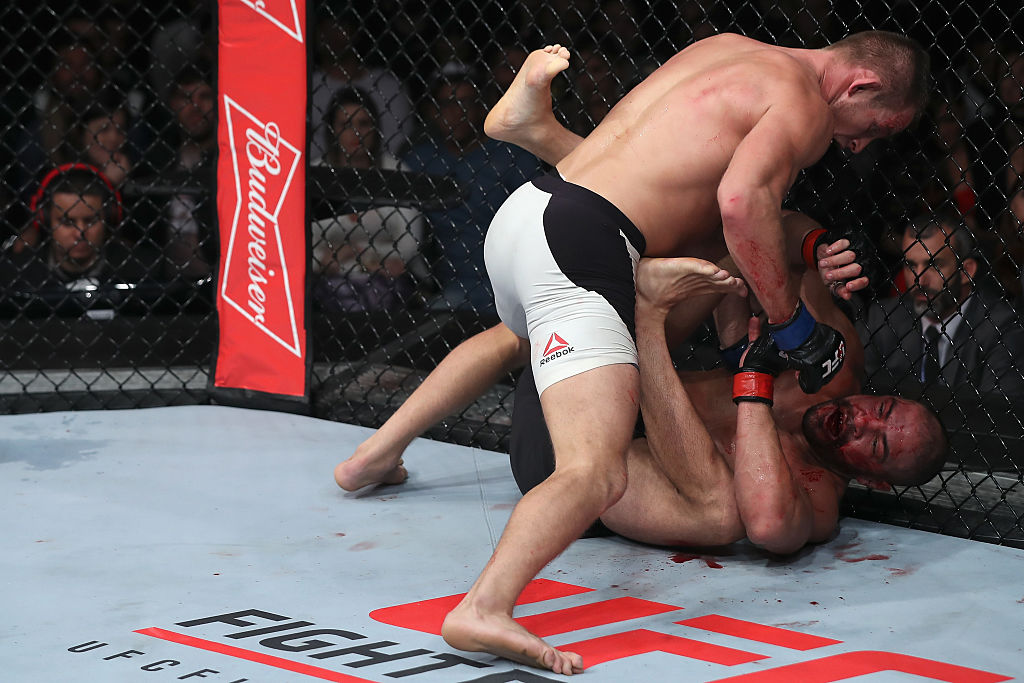 Kryzysztof Jotko’s fifth consecutive win was his most important one, as he defeated former world title challenger Thales Leites by way of a unanimous decision that saw him grow more dominant as the fight wore on.

Wary of Leites’ world-class jiu-jitsu game, Poland’s Jotko focused on his air-tight defense until he had worn the Brazilian down enough to start implementing his offensive attack. Once he did that, it wasn’t spectacular, but his clinch and ground work left no doubts on the judges’ scorecards, where he won by scores of 30-27 twice, and 29-27. 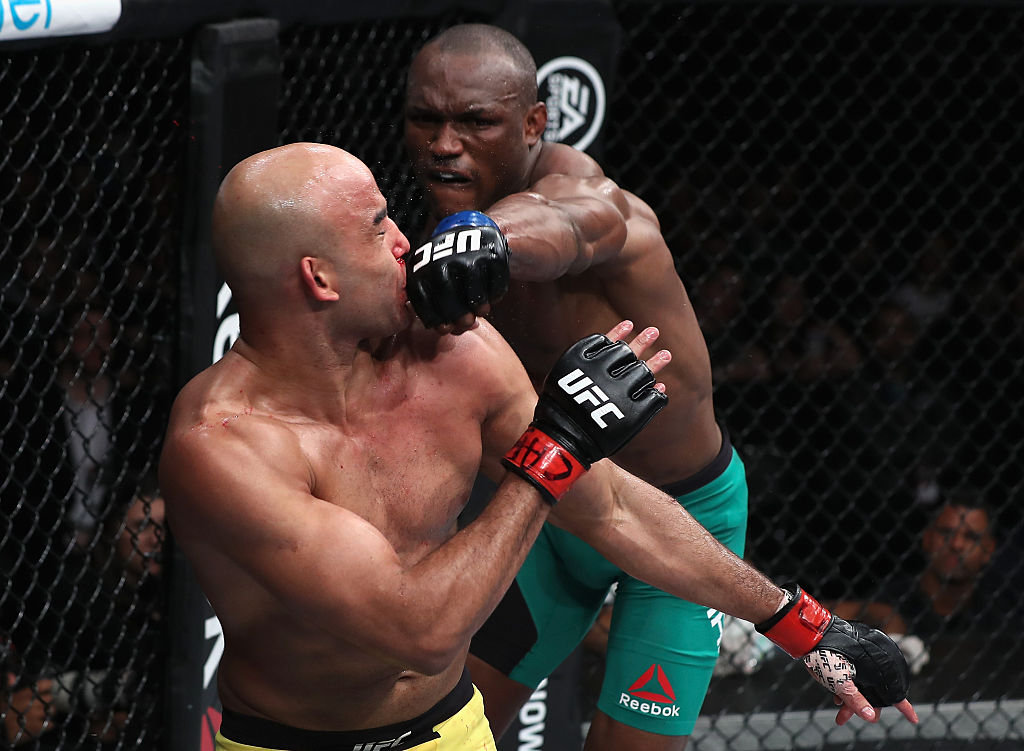 In an intense clash of former TUF winners, Kamaru Usman put together an impressive three round unanimous decision win over Warlley Alves.

The first round was fast-paced and competitive, Usman playing the role of aggressor effectively, but Alves was just as effective in spurts with his wild counterstrikes, making it a tough one to score.

Usman (9-1) went to the clinch game to start round two, and while it took over a minute, the now bloodied Alves eventually got free. Usman’s pressure was relentless though, and the tiring Alves began taking more and more shots.

Alves (11-2) nearly pulled off a miracle comeback in the third when he locked in his trademark guillotine choke, but after some dicey moments, Usman broke free and began making the Brazilian pay with punches and elbows. That was Alves’ last stand, as Usman continued to dominate until the final horn. 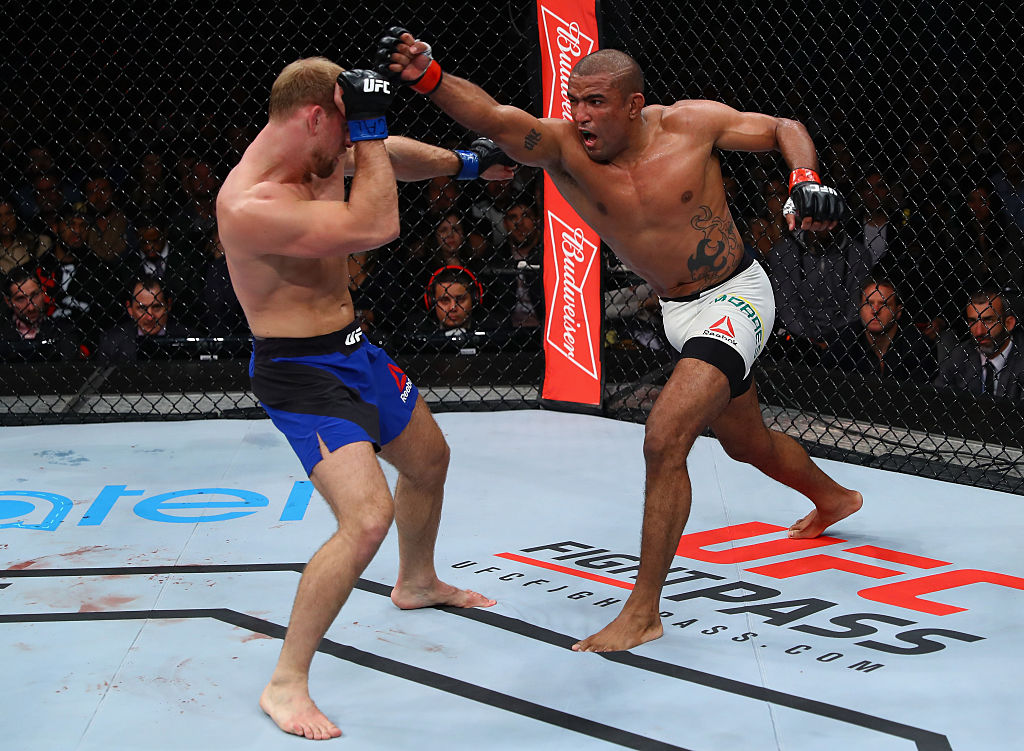 Brazilian veteran Sergio Moraes wasn’t at his best in his welterweight bout against Zak Ottow, but he was good enough to earn a three round unanimous decision victory.

After a minute long feeling out process on the feet, Moraes scored a takedown in the second minute of the opening round, allowing the Jiu-Jitsu ace to work his ground game. And while “The Panther” wasn’t able to finish Ottow, he clearly won the round.

The second round was contested entirely on the feet, with Ottow getting back in the scoring race with some solid shots that scored on a suddenly passive Moraes.

Moraes got back down to business in the third, rocking Ottow and forcing the Milwaukee product to seek a takedown. Moraes wound up in the top position, but Ottow was able to scramble back to his feet and rock Moraes briefly with a left hand, allowing him to surge late.