Allen on his return to the Octagon: 'I want a spectacular finish' 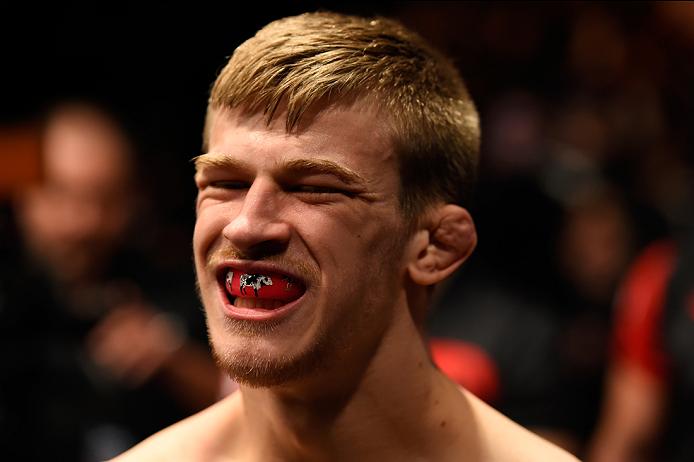 Arnold Allen is a family man. That’s why it was tough on the young Brit when he spent last year’s Christmas in freezing Montreal, Quebec, Canada as opposed to his home in Felixstowe, Suffolk, England, and the feast of love turned into an embrace of the grind.

Allen had a fight coming up, his first in ten months, so Christmas Eve looked like any other day: “Training,” the Tristar Gym fighter laughed. And a measured bit of feasting at a training partner’s house, whose parents gladly invited the 24-year-old featherweight prospect to celebrate with them.

That booking had been made about four weeks out from showtime and lasted until two weeks before due to a paperwork issue with Allen’s visa.

“There just wasn’t enough time left to get through with my visa after that. It was just a little mistake, but it cost me the fight.”

After healing a hand injury he had sustained in October, that was the second time an opportunity fell through for Allen, who at that point had lost all the momentum he had gained after besting surging Makwan Amirkhani at UFC Fight Night London in March of 2017. When his plan of returning for the UFC’s next visit to the British capital 364 days later didn’t come to fruition either, “Almighty” hit a low point.

“I put everything in that camp [for UFC 220] and then everything gets delayed a couple of months. I thought it was going to be March, but there was no one available to fight on the London card. And I couldn’t wait any longer; I went back to England for a bit, taught some seminars, made a little bit of money.”

“So, hopefully this fight [at UFC Liverpool] doesn’t get cancelled, because then I’d have to go back to work. Don’t wanna do that.”

Allen laughed when he said that last sentence, but should he really be forced to restock his funds by laying bricks or selling pastries, that’d be a bummer and a huge waste of talent.

“I don’t want another year out,” he said. “I want three fights this year, that’d be perfect. I want to make some money, I want to progress. I feel like I’m not doing anything with my life, fighting once a year. I feel like I’m wasting my life.”

Strong words. For Allen, his anchor these past few weeks has been UFC Fight Night on Saturday, where he’s set to face Mads Burnell, because he knows better than most how little spotlight time is needed in this sport to make up for lost opportunities – or to change his life altogether.

Allen knows that because it has happened to him. In June 2015, the UFC needed a short-notice replacement to fight Alan Omer at UFC Fight Night Berlin. Allen, 21 at the time and without a UFC contract, jumped at the opportunity on six days’ notice, put up a good fight against a good opponent but seemed to be on his way to a competitive decision loss. Then, halfway through the last round, he grabbed a hold of Omer’s neck and made him tap to a guillotine. Instant recognition and $50,000 for the Performance of the Night made the risk pay off. If you let the fierce Brit into the cage, fireworks are sure to follow – that’s why, even though he might feel down right now, he knows that all he needs is one shot.

The same goes for Elias Theodorou, Eric Spicely and Nordine Taleb, who are training for UFC Liverpool alongside him in Montreal.

“We’re all fighting on the same card, so it’s a good vibe in the gym,” Allen said. “Plus, Mirsad Bektic is fighting Ricardo Lamas in June, so we’ve been through a lot of rounds together. That’s been great, he’s been a great help.”

For those who had forgotten: Allen and Bektic were supposed to fight each other at UFC 204 in October of 2016 before Allen pulled out due to injury. While fans might’ve missed out on a barnburner there, the two of them now get to lock horns on a weekly basis.

“We train a lot together and it gets heated on Friday sparring days (laughs), but a fight is probably not going to happen.”

Instead of risking one of their dreams to burst, they now work together on fulfilling both of theirs. Supervising that quest is Tristar Gym head coach Firas Zahabi, who will be making the trip across the pond alongside Allen. 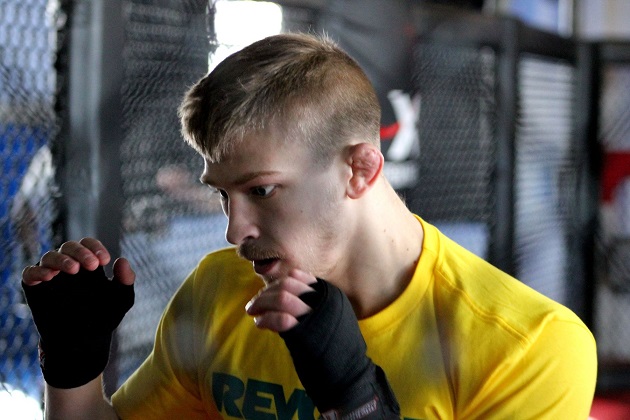 So, through all his struggles, Allen has the support. He’s got the training partners. And he’s got the fire and the talent. All he’s been missing are opportunities. The few that he got, he always made good use of, and that’s why, despite a 14-month-layoff, he isn’t worried about ring rust.

“I’ve been in camp for a year now,” Allen said. “I’ve been making improvements and I’m pretty sure, the more I wait, the better I get. I’m not on the sidelines, I’m not missing training. I’ve been away from home, away from my family, trying to get fights. I’m not worried, let’s put it like that.”

On May 27, Allen wants to put all his improvements, all his frustrations out there for the world to see by making an example of Mads Burnell. The Danish grappler – 1-1 in the UFC – is not the type of opponent he envisioned after beating Amirkhani last year, but he’s got to do.

“I want a spectacular finish, that’s always the plan”, Allen said. “The last fight with Makwan, it ended up going completely differently from what the plan was. It ended up being a grapple fest as opposed to… not doing that (laughs). I feel it could’ve been better, a lot better. But yeah, I want to keep it standing; obviously, he’s a grappling fighter. At the same time, I’m comfortable everywhere. I’ve been wrestling with guys from Montreal Wrestling Club and rolling with BJJ black belts on the regular.”

So, what’s the plan for the rest of the year then?

In that case, he’d also have another reason to celebrate Christmas in style. At home with his family.