As Aljamain Sterling works to continue his championship reign over the UFC’s 135-pound division, he hasn’t lost sight of those who look up to him, including teammate and close friend Dennis Buzukja.

Buzukja, a 7-2 Albanian featherweight, will be making his second career Contender Series appearance on July 26, and hopes that this is finally his opportunity to join teammates Sterling, Merab Dvalishvili, and Chris Weidman in the big show.

“Dennis is an exciting fighter,” said Sterling. “If there’s two words to describe him it’s definitely ‘heavy hitter.’ That guy has dynamite in his hands, and they call him ‘Bazooka’ for a reason.”

Sterling’s mentorship of Buzukja is the type of hands-on, extensive training that any MMA prospect would dream of getting from a champion at the highest level. Sterling’s even devoted a large chunk of his time this summer to be in Long Island and train with Buzukja ahead of his Contender Series bout.

“We gave him some sparring rounds, some grappling rounds, some situations for where he’s probably going to end up in the fight,” Sterling said. “We’re really just helping him with those positions and keeping him sharp in those situations that he may find himself in so that when he does get there he knows how to get out or capitalize on the position.” 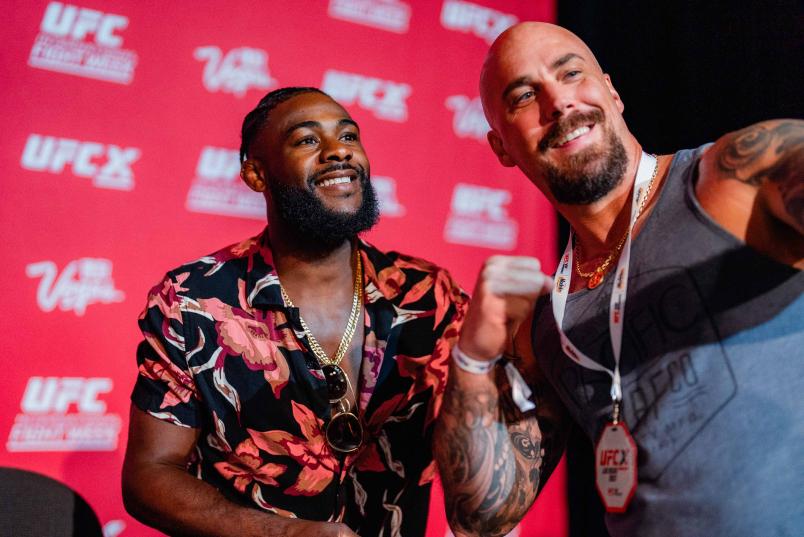 An Octagon veteran who has been involved in some of the most stressful situations the sport has ever seen, Sterling has a strong grasp on the mentality needed to thrive in the UFC and is confident Buzukja possesses this mindset.

“Personally, I always get more nervous for my teammates’ fights more than I do for myself,” Sterling said. “Dennis is a gamer, he shows up on gameday, and if there’s anyone I have absolute faith in, it’s him.”

It’s not just Sterling supporting Buzukja, as Buzukja’s passionate Albanian fanbase is rallying around the featherweight prospect, as well. Despite not having his first UFC bout, Buzukja has already established a devoted base of fellow Albanians that come in droves to watch him fight on the east coast regional circuit.

“His Albanian community is insane, man, those guys are nuts,” Sterling laughed. “They’re a tight-knit community. The Albanians tend to rally around each other if they’re doing good, so that’s always cool to see.”

On top of a maniacal group of Albanian fight fans cheering him on, Buzukja also has the unwavering support of the Long Island mixed martial arts community, spearheaded by the legendary Serra-Longo fight team.

“The gym has been buzzing because we have so many guys back-to-back on the Contender Series,” Sterling said. “They have myself, Merab, Chris Weidman, Al Iaquinta, Matt Serra, Pete ‘Drago’ Sell, to look at as pioneers from just our gym alone, so it makes them hungrier to want to succeed and join that pack of elite guys who all come from such a small place on Long Island.” 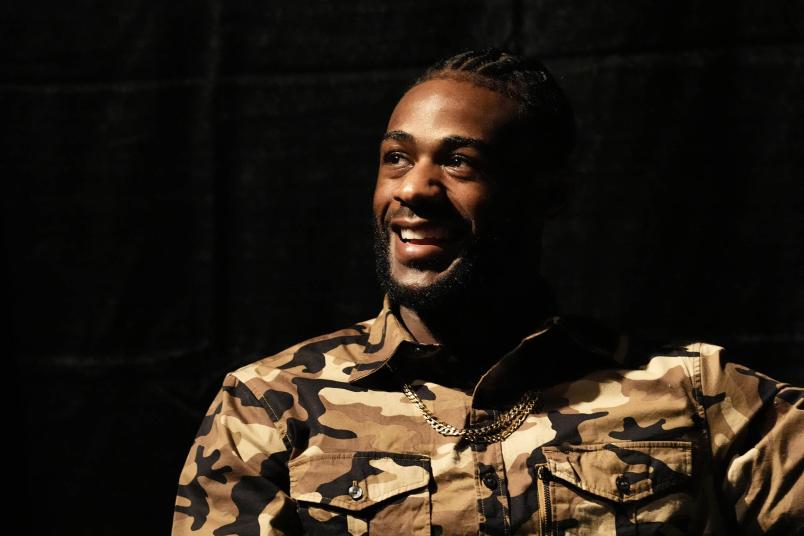 For Sterling, his passion for helping up and coming fighters in the gym goes hand in hand with his desire to advance his own career.

“You want to see the young guys do as well as you’re doing, if not better,” Sterling said. “If I’m being honest, it is a little tough to manage because sometimes you care about the guys more than you do yourself because you just want to make sure you’re giving them the right work.”

Sterling will be in Buzukja’s corner on the 26th, alongside legendary coach Ray Longo, and he embraces the opportunity to be a part of one of the most renowned corners in MMA.

“I can be more of just a hype man. I’m more of the guy in the background like ‘Yeah! Yeah! Yeah! You know why we’re here! Go get some!’” Sterling joked. “We feed off each other’s energy, and if there’s anything I see in the grappling department, Ray will let me have the floor because it’s more of my expertise.”

Ahead of what many believe to be the biggest fight of Dennis Buzukja’s life, Aljamain Sterling is simply proud of his teammate’s progression, and believes Buzukja has what it takes to be the next fighter to represent Long Island inside the Octagon.

“I’m really proud of Dennis,” Sterling said. “The sky’s the limit for guys like him who take the time and put the work in. Dennis put the honest hard work in and didn’t try to take short cuts, and I think that’s what’s going to help him get his hand raised.”