Coming off an impressive performance against Petr Yan at UFC 273 back in April, Sterling has had time to sit back and watch the bantamweight division unfold. With top contenders Cory Sandhagen and Marlon Vera collecting wins this summer, Sterling provides his thoughts on UFC’s ranked 135ers one month before his highly anticipated bout.

“I can tell you one thing for sure; he’s got some good skills. Mostly a grappler. He surely got finished but I think he can surely get back."

“He’s a heavy hitter, that guy can throw some bombs. I think he’s somebody that people are going to be very interested in watching for a very long time.”

“The young eagle, the young prospect. A lot of people have a lot of hype around this guy. I think any good old fashioned American wrestling is going to be able to handle a guy like that.”

“He’s more of the hammer; we haven’t seen him as the nail yet. We saw when he hurt his little leg, he kind of collapsed and went ‘night night’ real quick from one shot from “Mr. Chito”. I think he’s good. but maybe the hype can be a little too much.”

“I look up to a guy like that and he’s one of the guys I mirrored my style off of in the early beginning just to learn from him. [He’s a] legend of the sport.”

“I think he really turned a new leaf and elevated his game when he got rid of that stupid mullet. I think that’s what really helped turn it on for him. As soon as he cut the mullet off, his game got better exponentially.” 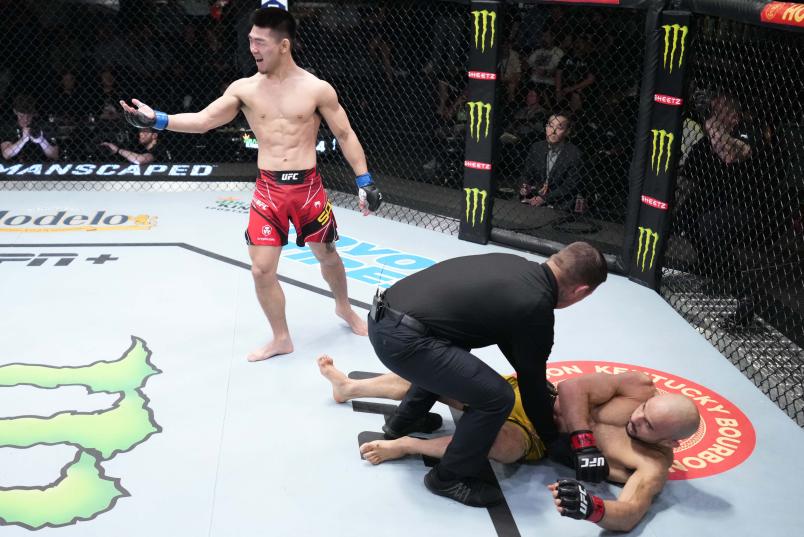 Song Yadong reacts after his knockout victory over Marlon Moraes in their bantamweight fight during the UFC Fight Night event at UFC APEX on March 12, 2022 in Las Vegas, Nevada. (Photo by Chris Unger/Zuffa LLC)

“I mean he knocked out Marlon Moraes. At this point, who hasn’t? This is coming from a guy who’s been knocked out by Marlon. I don’t know if there’s anything too spectacular about the guy.”

“You get a guy like that in front of you, just know he’s ain’t going nowhere…this guy is the definition of a fighter.”

“Another legend of the sport. When I first watched him on the scene in the WEC, I was super blown away by his skills.”

“I think he’s a little one-dimensional and a I think maybe a little chinny at this point. Some of those shots man, it looked like it shouldn’t have done what it did…if he rounds out his game a bit more he can get back in the Top 5 picture.” 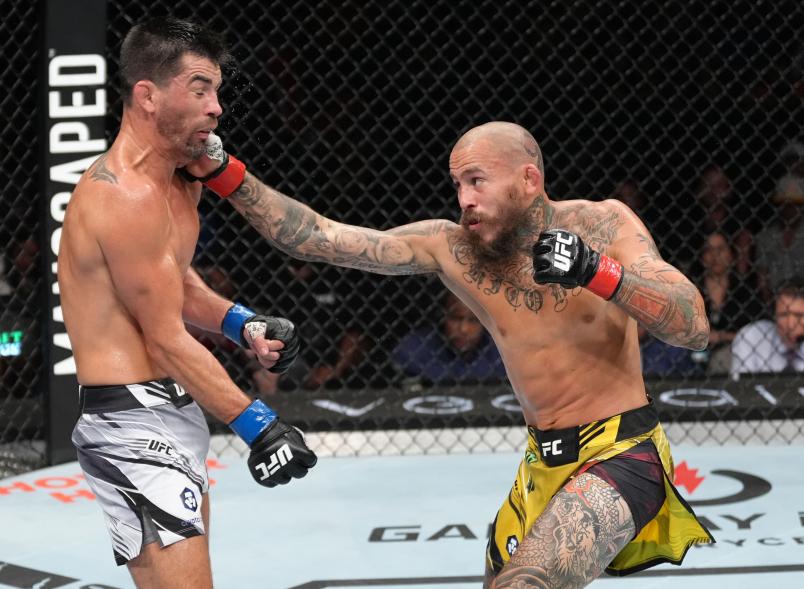 “I don’t think he’s a specialist in any particular area, but I think what makes him dangerous is that he’s a gamer and he’s willing to put it on the line when he steps in that Octagon.”

“I think he’s going to struggle with guys that wrestle. I think if it’s a kickboxing fight, we’ve seen what he did to TJ [Dillashaw]. I think he still won the fight against TJ.”

“This guy’s just a bulldozer, a juggernaut. He runs through people. He will literally shoot 20 something times, he’ll take you down 20 times, and he’ll just let you up so he can take you down again and dump you on your ass.” 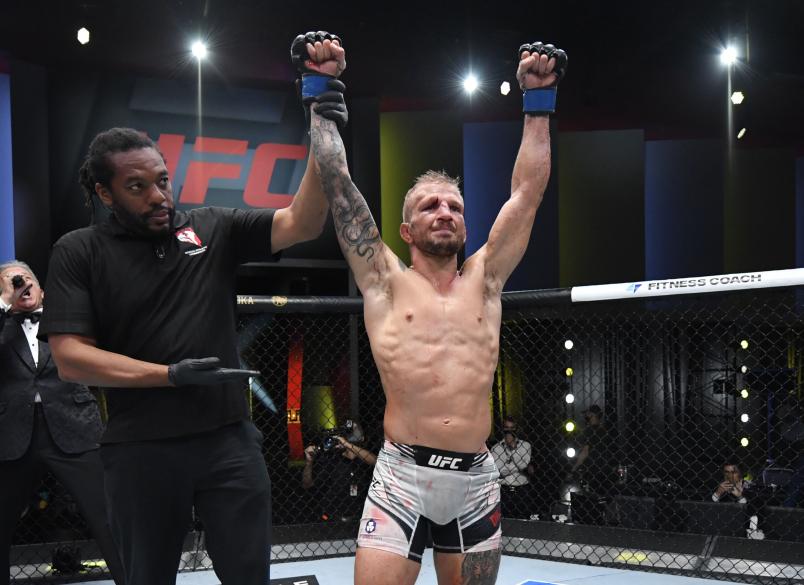 T.J. Dillashaw reacts after his split-decision victory over Corey Sandhagen in their bantamweight fight during the UFC Fight Night event at UFC APEX on July 24, 2021 in Las Vegas, Nevada. (Photo by Jeff Bottari/Zuffa LLC)

“The new CEO of EPO is TJ Dillaroids. He’s a tough dude but I don’t think he’s done anything in his career fairly. I really do think he’s cheated for all his career…I’m expecting him to come in there doing what he needs to do to win, which is cheat. I plan on just being the better man that night.”

“I think he’s a smart, intellectual fighter. He’s dangerous…but I think he struggles with guys who have really good footwork and can avoid his shots.

UFC 280: Oliveira vs Makhachev took place live from Etihad Arena in Abu Dhabi on October 22, 2022. See the Final Results, Official Scorecards and Who Won Bonuses - and relive the action on UFC Fight Pass!