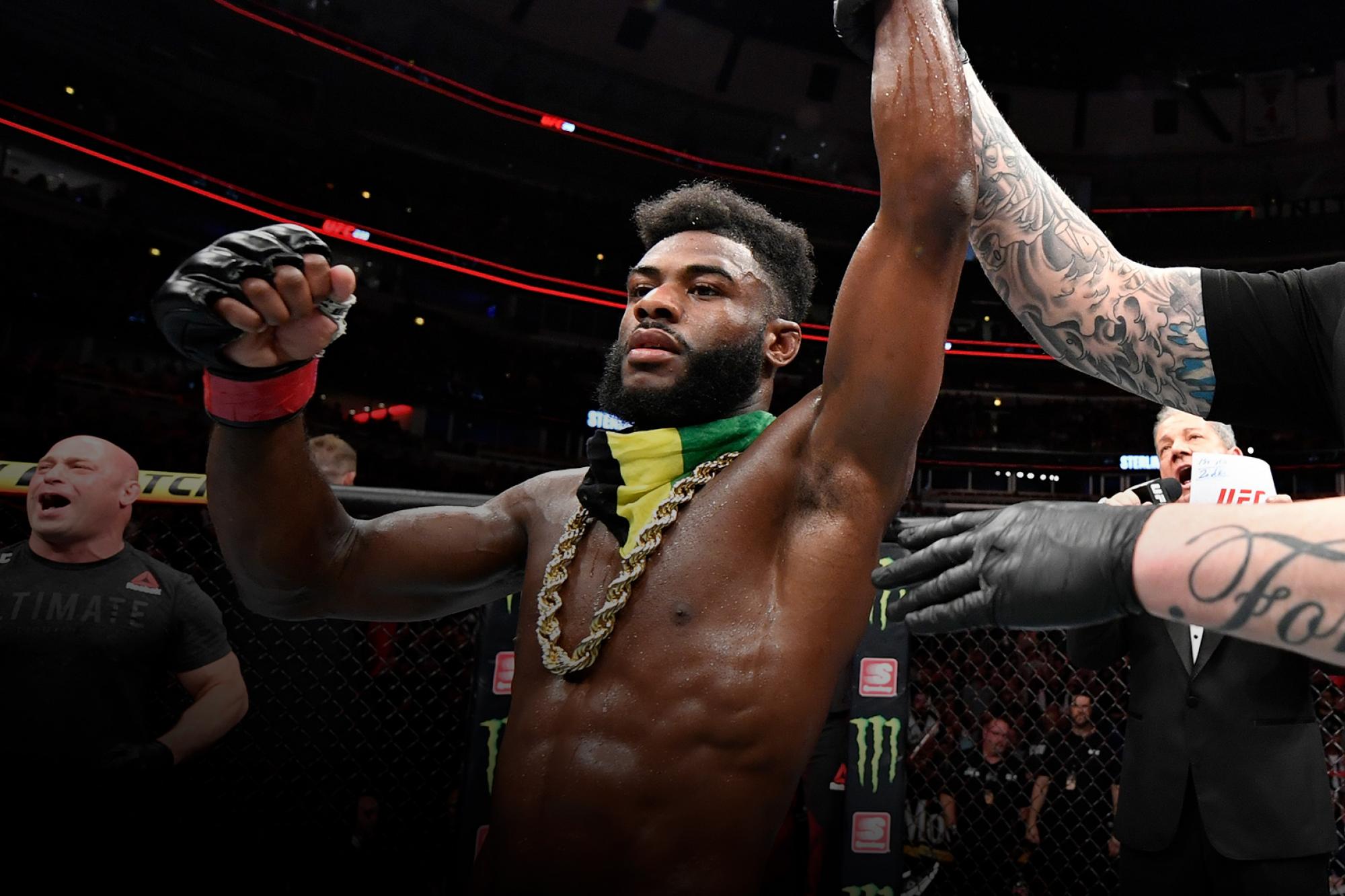 As protests against police brutality organize across after George Floyd's death, Aljamain Sterling shares his thoughts on the nationwide response.
By Zac Pacleb, on Twitter @ZacPacleb • Jun. 3, 2020

Ahead of his critical bout with Cory Sandhagen at UFC 250, Aljamain Sterling shared his thoughts on the nationwide protests on police violence following the release of the video showing a police officer kneeling on the neck of George Floyd, leading to his death.

The officer, Derek Chauvin, has since been fired from the Minneapolis Police Department and charged with third-degree murder.

“I wouldn’t want that to happen to my kids,” Sterling told UFC.com on May 30. “I would hate to see that happen to one of my friends or their family members or anyone, even if I don’t know you. We’re all people. You don’t treat people like that.”

Over the last few days, peaceful protests have been organized throughout the country, not only in Floyd's name but also others who've died in police-involved violence, but tensions have been high and often bubbled over into violence and riot-like atmospheres. While Sterling does think some of the actions have been unproductive, he is glad to see people using their voice for change.

“That’s all I think everyone wants,” Sterling said of the hope for change. “You want to have understanding, and we want to make sure things are well-addressed and there’s a better system, better training, and yeah, treat everyone like you would want to be treated.”

READ: Sterling Ready For 'Race To The Throne' | How to Watch UFC 250

Describing himself as an “FDNY hopeful,” Sterling expressed his understanding of the camaraderie policemen and firefighters have for each other.

“They stick with one another, and they back each other up to the fullest,” Sterling said. “And I’m not saying all cops are bad. That’s 100 percent not what I’m saying. I just think when you have a couple of guys that have their own agenda or their own way of feeling like they want to abuse their power and the badge that they’re sworn to protect and serve the people (with), and they’re instead going out harming and killing people, it’s really devastating. I just don’t know how to feel about that.”

Sterling wants people to educate themselves and work toward eliminating racial biases they carry in their day-to-day lives. For himself, having training partners from all over the world has helped open his eyes to different cultures. As a successful and recognizable athlete, Sterling can move a little easier where he lives on Long Island, but that doesn’t shield him from everything.

“I’ve got friends at my gym that are from Georgia the country, friends from Greece. We have friends from Italy. We have friends from all over, and that’s what I love about my gym, and what I love about New York,” Sterling said. “We’re so diverse. It’s a melting pot of cultures, and to be able to understand one another is very refreshing. But I have places even now that I still go to that if people don’t know who I am, I still get looked at pretty funny. People still clutch their bags and cross the street. And this is going on today.”

Because of his platform as a UFC athlete, Sterling naturally has a wider-reaching voice. He has hosted a podcast called The Weekly Scraps since late-2018, breaking down different matchups and offering analysis. When it comes to talking about things going on outside the world of mixed martial arts, however, Sterling has seen similar pushback as other athletes across other sports.

“I think it’s very fascinating talking about political stuff because sometimes, people don’t want to hear that from athletes,” Sterling said. “They just want you to perform and shut your mouth, but I think it’s irresponsible of athletes who have a platform and not to use it for the right stance. Obviously, you can use it and say some pretty outlandish things, but I think it’s pretty safe to say a situation like this, with what’s been going on, obviously the media plays a big role in this depending on what they decide to show to the masses, and the public can really sway the perspective of individuals because, a lot of people – let’s be honest – they don’t go out and do their own research.”

With that said, Sterling said he isn’t trying to be “that guy” who speaks out and “spearheads” political or social discussions on a regular basis. He has enjoyed seeing other athletes, current and retired, use their stature to help educate people on a variety of issues that they want addressed.

Although Sterling said he doesn’t have all the solutions figured out, a good starting block is a relatively simple one that anyone can follow, and has probably been taught at some point in their lives.