From Ali to the Gracies, Casey surrounded by greatness 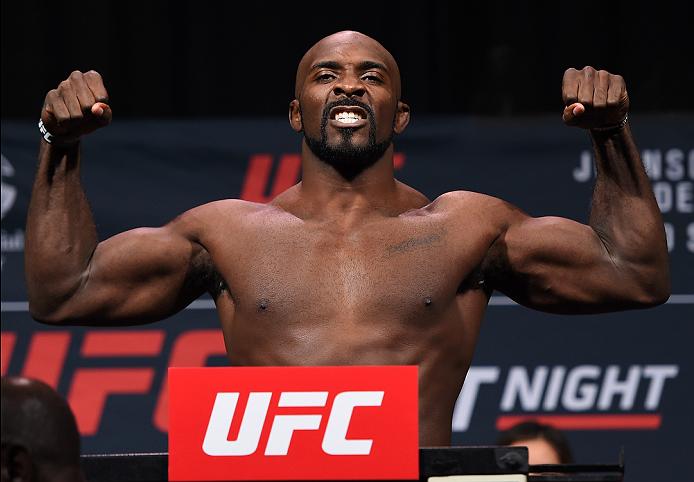 Kevin Casey remembers the day like it was yesterday, as anybody would. It’s not every day that you meet “The Greatest,” Muhammad Ali, but this wasn’t a gym visit from the legendary heavyweight champion or a media event. It was Thanksgiving, and he was about to be in the same room with the man who was going to be his father-in-law for the first time.

“It was this unbelievable feeling,” Casey said. “It was hard to even look directly at him. I literally felt the energy coming off of him.”

Soon, Casey and Ali were sitting together, watching fight tapes.

“I’m still not looking directly at him,” he laughs. “I’m looking out of the side of my eye and I see him and he’s throwing punches, and it’s great.”

“About an hour into being there, my wife, Hana, her best friend is Kenisha Norton, daughter of Ken Norton, and then there’s a knock at the door, and Ken Norton walks in. They moved to the card table, and there’s Muhammad Ali and Ken Norton playing cards together. It was an unreal feeling.”

Being the son-in-law of one of the greatest boxers who ever lived is a great thing. It also has to be a lot of pressure for someone who is a prizefighter by trade. Add in that Casey’s jiu-jitsu mentor is Rickson Gracie, and there’s really no room to be average. But Casey – who can also count the likes of Anderson Silva and Lyoto Machida as training partners from over the years - refuses to let being surrounded by greatness be a burden. He has another word for it.

“If I had to put it into one word, I would just say ‘blessed,’” he said. “I think sometimes there are things that happen in your life that make you have an understanding that you’re serving some sort of purpose, that you have some sort of mission or something to accomplish that’s greater than yourself. And that’s the feeling that I’ve gotten because of my position in the universe. I know I have to go out there and represent.”

That wasn’t always the case for the 34-year-old middleweight, who clearly had the talent to succeed, but didn’t always put everything together the way many expected him to.

“I think in the beginning of my career, those things put so much pressure on me that I wanted to do my best and I didn’t want to lose, and I almost held myself back from my full potential,” Casey said. “So being a more mature fighter now and having more experience in dealing with the life and dealing with the pressure and the negative things that surround the fight game, and learning how to evolve mentally in order to be present on the day of the event and go put forth my best performance, that has been my evolution and my way of handling this expectation that I ultimately put on myself. These people have already solidified their legacy. There’s nothing I can do to make their legacy greater or take away from their legacy. All I can do is go out there and secure my own.”

"If I had to put it into one word, I would just say ‘blessed,.I think sometimes there are things that happen in your life that make you have an understanding that you’re serving some sort of purpose, that you have some sort of mission or something to accomplish that’s greater than yourself." -- Kevin Casey

That process is underway, with the next step being a Saturday night showdown with fellow Brazilian Jiu-Jitsu black belt Rafael Natal. The bout gives Casey an opportunity to kick off 2016 in a winning fashion after a bizarre and disappointing end to 2015 that saw his December bout against Antonio Carlos Junior end in a no contest after just 11 seconds. The reason, two accidental eye pokes that left Casey with two retinal tears. The injuries to his eyes could have threatened his vision, let alone his career, but modern medicine and two separate procedures repaired the tears and took him off the sidelines. His immediate request? To get a fight as soon as possible.

Casey’s insistence on getting back to business is the latest proof of his fighting spirit, but that was already proven back in September of 2007, when he made his pro debut in Japan against Ikuhisa “The Punk” Minowa, who, at the time, had 70 fights, 17 of them in the PRIDE organization.

“I went into a situation that was against me, considering that I had three weeks to train for my first MMA fight,” Casey said of his MMA debut, which he took when his training partner, Ralek Gracie, was injured and forced to withdraw. “But I had hundreds of tournaments. I was a well-established jiu-jitsu competitor. That was my confidence, and I believe in the technique. I didn’t feel like that guy was the most dangerous guy at the time to fight. I knew I had a possibility to beat him.”

Casey lost the fight to Minowa, but he had no regrets then and none now.

“How could you pass that up?” he asks. “That’s what makes people great.”

He sounds incredulous that anyone would turn down a fight like that, but nine out of 10 fighters probably would.

“It’s true, but nine out of 10 fighters didn’t come up from the lineage that I did,” he said. “You know the old school Gracie style. These are the guys that I tried to emulate, so I didn’t feel like I was doing anything that hadn’t been done before.”

That attitude hasn’t changed, and his ultimate goal also remains the same.

“I grew up around the Gracies before the UFC was established and I saw it evolve and I saw these guys who I was in the backyard eating barbecue with do all these great things,” Casey said. “There’s never been a doubt in my mind that I could achieve the same thing, because I had so many examples of successful people. It almost seems like these people that have these iconic statuses are, in my opinion, here to be examples of what’s possible to achieve. I feel like I’m already on the path to achieving great things in the sport and also, I have things that I believe set myself apart and make myself unique.”

But if push comes to shove, would Casey rather deliver a knockout for Ali or a submission for Gracie.

“Wow, that’s tough,” he laughs. “Maybe I’ll hit him with a good punch and daze him and then go for the submission. But I’ll take whatever’s available. I don’t discriminate.”