"I believe that I was born to win the title." - Ali Bagautinov 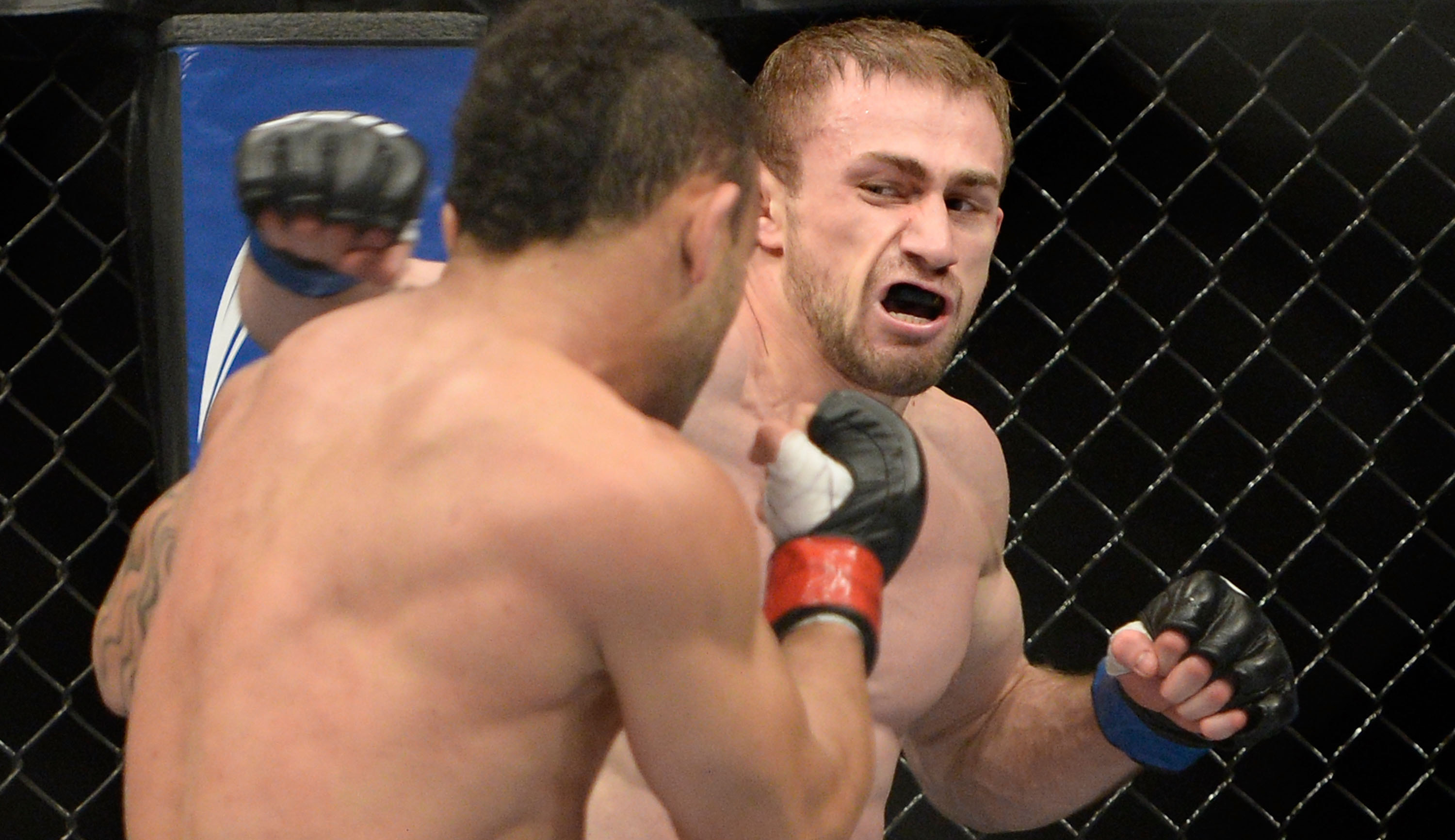 As he prepares for a fight that could make history, not just for himself but for his country, Dagestan’s Ali Bagautinov promises that if he does become Russia’s first UFC champion by defeating flyweight boss Demetrious Johnson this Saturday in Vancouver, there will be more to come.

“MMA is huge in Russia, especially in the Dagestan region,” said Bagautinov through translator Mika Vinokurov. “We produced the best fighter of all-time - Fedor Emelianenko, but he never got to fight in the UFC. If I win, I’ll be the first Russian to do so (win a UFC championship). But mark my words, definitely not the last.”

It’s hard to argue with him, especially with fighters like Khabib Nurmagomedov, Rustam Khabilov, Adlan Amagov, Ruslan Magomedov, and Rashid Magomedov, among others, all making an immediate impact in the Octagon upon their arrival. But few traveled as far as fast as Bagautinov, who wasn’t even a member of the UFC roster at this time last year. Three wins later, and he’s in with one of the best in the game in Johnson. It’s a whirlwind he didn’t necessarily see coming.

“If I say that I did, it wouldn’t be true,” he said. “I never sat down and thought to myself, ‘If I fight this guy, and win in that way, that might get me a title shot quicker.’ I always do what is necessary of me, and in this case, it is to win every fight. I probably would have been more comfortable with a few more victories in UFC before this bout, but the opportunity came earlier and I just have to take it. There’s no other option.”

Yet despite the odds and the task ahead of him, Bagautinov does not lack in confidence, even if he believes his three UFC wins over Marcos Vinicius, Timothy Elliott, and John Lineker haven’t shown his whole array of skills.

“Demetrious is one of the best pound for pound fighters in the UFC,” he said. “He is a great all-rounder and has the stamina of a marathon athlete. But I can beat him, and I am going into this fight confidently that I can do so. I won three of three fights in the UFC, but I never showed quite what I am capable of.”

What he has shown is a varied and well-rounded attack that includes fight-stopping power. What he hasn’t been forced to pull out of his bag of tricks yet is his resiliency, something necessary for a five-round championship fights, but also a trait he showed early in his career when a 2-2 start didn’t exactly mark him as a future titleholder. But he never lost faith.

“I had no doubts at all,” said Bagautinov. “Destiny always threw unexpected surprises my way and life was kind of rough, but I always looked up and believed. In my world, this title shot wasn’t just presented for my achievements in the MMA, but for never giving up in my life no matter what.”

A lifelong athlete, Bagautinov was among Russia’s best wrestlers, but the death of his father when he was 19 forced him to put his sporting ambitions to the side while he supported his family as an accountant in Makchachkala. Two years later, the opportunity to compete in combat sambo presented itself, and suddenly “Puncher” was competing again. A little over four years later, he’s in mixed martial arts and challenging for a world title.

> Read: Getting to Know Ali Bagautinov

“This is no ordinary fight,” he said. “This is everything I ever thrived to achieve but a fight of this weight is much more important that personal goals. This is a goal of every Russian MMA fan; it’s time for a Russian UFC champion, and I am the closest anyone has got to achieve this shared dream.”

That’s a lot of pressure any way you cut it, but Bagautinov is handling it well, aided by his Fight Nights team and also by removing himself from the comforts of home, as he trains for the bout with the Jackson / Winkeljohn MMA team in Albuquerque, New Mexico.

“Although I am really supported and respected at home in regards to my training, I am able to concentrate much more in Albuquerque,” he said. “Most of the guys training here are preparing for a fight, so the vibe is very serious and just what I need.

“This is my third time at Jackson’s,” Bagautinov continues. “I was training here before my last two fights in the UFC as well. Greg (Jackson) is an amazing individual with a huge heart. He is very supportive and motivational. But apart from his influence and wisdom, it’s the sparring partners. (Flyweight contender) John Dodson, whose speed could be compared to Johnson’s, is very helpful. He also fought him and did a good job, which is assuring.”

Dodson was also a big winner last Saturday against John Moraga, which means that if Bagautinov defeats Johnson, the two teammates could fight each other. But the Dagestan native isn’t looking that far ahead. His focus is on Saturday night.

If he does, he’s said that his first order of business is to give the belt to his newborn son. How would another father, his own, have thought of seeing Bagautinov fight for a world championship?

“He would have been proud for his son, and God knows I will make him proud.”