Alexander Volkov: 'I Need To Fight'

After A Disappointing Result Last Time Out, Alexander Volkov Is Hoping To Cement His Place Among The Heavyweight Best At UFC Fight Night: Volkov vs Rozenstruik
By E. Spencer Kyte, on Twitter @spencerkyte • May. 31, 2022

Alexander Volkov rolled into London in March, hopeful to channel a similar effort to the one he delivered the first time he stepped into the UFC Octagon in the British capital.

Four years and three days prior, the Russian veteran ventured into the cage opposite Fabricio Werdum and scored arguably the biggest win of his career, collecting a fourth-round stoppage finish against the former heavyweight champion that cemented his standing as a potential threat.

Despite some ups and downs along the way, he had an opportunity in March to further cement that standing and stop Tom Aspinall’s rapid ascent up the rankings, but it wasn’t meant to be, as the rising British star ran roughshod over Volkov, putting him on the canvas early and forcing him to submit to a straight armbar less than four minutes into the opening round. 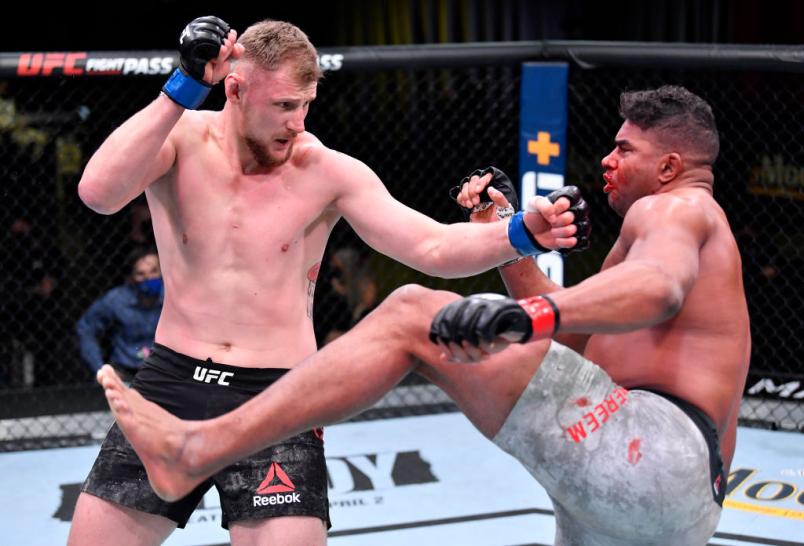 “The truth is, everything was pretty good,” Volkov said when asked about his preparations for the battle with Aspinall. “The worst thing was like all the things happening in the world, but everything COVID was good. I was in good shape, it was a good camp —everything was good — but I just think Aspinall was good in this fight.

“You said it right: there are no excuses.”

Fortunately for the 33-year-old Russian, he doesn’t have to sit with the sour taste of that defeat in his mouth for too long, as he’s been selected to face Jairzinho Rozenstruik in the main event of this weekend’s return to the UFC APEX, which kicks off a three-month stretch filled with action inside the UFC cage.

“It’s important for me that the UFC gives to me this opportunity again, to be in the main event of the evening; I’m really happy for this,” he said of the chance to return to action this weekend. “I started my camp really quickly, and I prepared for this fight for about a month. I’m happy to fight and I’m happy to be here; I like it.”

The pairing came together somewhat quickly in the wake of Rozenstruik’s previously postponed bout with Marcin Tybura being called off at the 11th hour in April, and the two men being stationed next to each other in the heavyweight Top 10. While the quick turnaround gives Volkov the chance to potentially make a hasty return to the win column, it didn’t leave a ton of time to make adjustments and changes following his bout with Aspinall, yet he still managed to work a major shift into his preparations.

“For this fight, I changed the place of my camp,” said Volkov, who has alternated wins and losses over his last four fights heading into his clash with Rozenstruik on Saturday. “For this fight, I prepared in the middle mountains in Russia; it’s the Olympic base for preparing for all sports.

Fighters on the Rise | UFC Fight Night: Volkov vs Rozenstruik

“I wanted to change something, to change the place of training because usually I train in Moscow,” continued Volkov, who traveled to the United States a week ahead of his fight, touching down in Los Angeles to close out camp with Kenny Johnson and the crew at Blackhouse. “I’m used to my old partners and everything, and I had to change something, so I went to this place and trained.

“Now I’m here with some new camp here and I think I will try to show something new, especially with some striking skills, but we will see.”

The pairing with Rozenstruik is one that makes sense on a number of levels.

In addition to being side-by-side in the latest edition of the UFC Fighter Rankings — Volkov at No. 7, Rozenstruik at No. 8 — the duo arrive in Las Vegas at very similar spots in their respective careers. Each man lost to former interim champion Ciryl Gane in 2021 — Rozenstruik in February, Volkov in June — and clearing the final hurdle that would mark them as legitimate contenders in the heavyweight division has proven difficult. 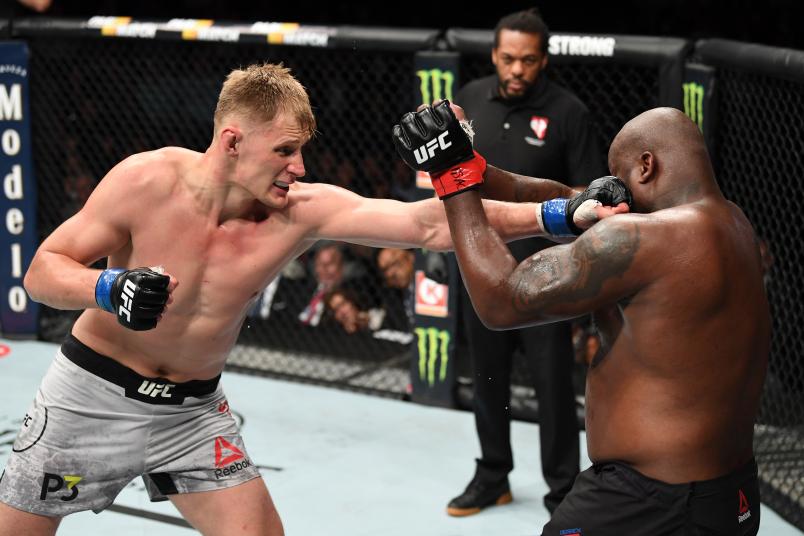 Each enters off a loss, both are 1-2 over their last three fights, and each has run afoul of the select group of competitors stationed ahead of them in the rankings, making this a bit of a “something’s gotta give” type scenario for the dueling heavyweight hopefuls.

“I know he’s a striker, good in his standup,” Volkov said of Rozenstruik, who rebounded from his loss to Gane at the start of last year with a victory over Augusto Sakai in June, but then fell to Curtis Blaydes at UFC 266 in September. “But I feel I’m better, more technical, so I will try to finish him.”

Finish or not, Volkov has two things in mind following a victory on Saturday: get home to his family, and then get back in the Octagon once more in the fall.

“The family is good, thank you,” said Volkov, the proud father and family man, who welcomed a second son with his wife last October prior to his bout with Marcin Tybura. “They are now in Moscow waiting for me. I miss all of them, but I need to fight, I need to do my job so I can go back, as usual.

“(As far as fighting), I would like to return in autumn,” he added. “Maybe in October, but as far as an opponent, I don’t know right now.”

The reason he doesn’t have a name in mind is because there is already a formidable challenger set to stand across from him this weekend, and getting through Rozenstruik is the only thing that matters at this moment.