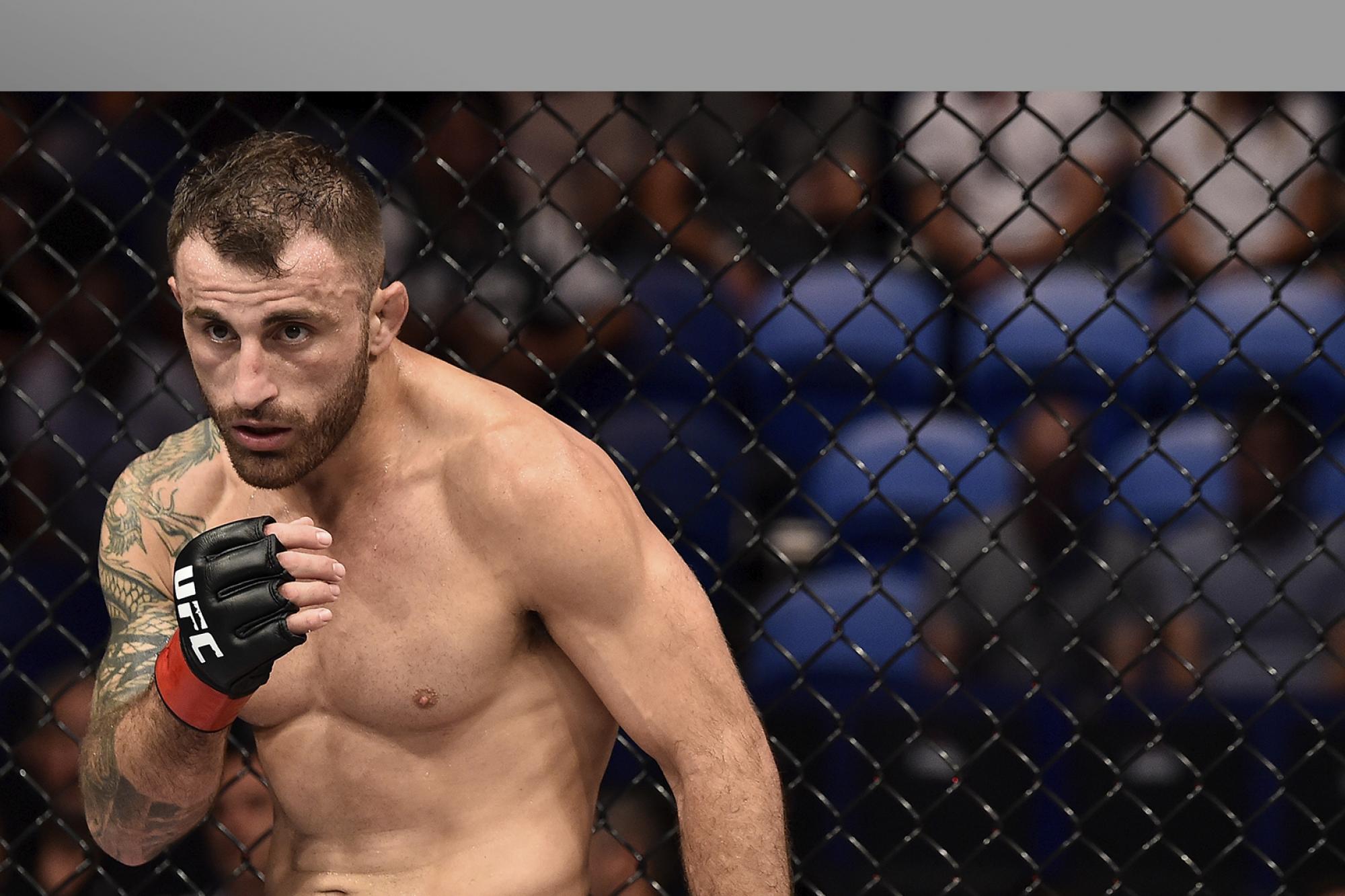 Volkanovski Will Be Ready To Fight At UFC 240

Alexander Volkanovski Will Be On Championship Weight And Ready To Fight At UFC 240 Should Max Holloway Or Frankie Edgar Have To Withdraw From The Championship Bout
By Gavin Porter • Jun. 14, 2019

No matter the situation, be positive and stay focused.

That has always been the mindset for No. 1 featherweight contender Alexander Volkanovski. But just hours after the biggest win of his mixed martial arts career at UFC 237, that mentality was put to the test.

Volkanovski dominated long-time featherweight king Jose Aldo winning a unanimous decision in convincing fashion. Before “The Great” was able to return to Sydney he started experiencing discomfort and swelling in one of his feet. Volkanovski was diagnosed with a blood infection that left him hospitalized for days in Chile.

On top of that, the news broke out that Frankie Edgar, not Volkanovski would be receiving the next crack at featherweight champion Max Holloway’s title.

And while he was initially frustrated, that mental fortitude and optimistic personality transformed disappointment into something that Volkanovski has taken advantage of his whole life: Opportunity.

“I want the world to know that I’m staying ready and staying fit,” Volkanovski said. “I’m pretty much in a full camp right now and I will be Octagon side in Edmonton ready to go if something should happen to Max or Frankie.”

It’s becoming more common for UFC to book an alternate to show up on weight for title fights, like when Kamaru Usman made the welterweight championship weight at UFC 228 in case former champ Tyron Woodley or challenger Darren Till missed weight.

But Volkanovski hasn’t been asked to be an alternate. He’s just sees UFC 240 as an opportunity and he is going to take advantage of it if it presents itself.

“Sometimes you got to do s*** yourself and take matters into your own hands,” Volkanovski said. “I’m not going to let an opportunity slip through my hands. I’m not scared of anyone in the division. I want everyone and anyone.”

“I don’t want them to get hurt. I’ll be there to fight but if now I want them to put on one hell of show,” Volkanovski said. “If Frankie gives Max trouble then I’m going to be an absolute nightmare for Max. I’m a dangerous man against that type of pressure and volume. I’m too well-rounded and too fit for a guy to come at me like that. It will be interesting to see what happens.”

Volkanovski pointed to his fight with Aldo as evidence. And he definitely passed the championship litmus test with his performance.

“I completely cancelled out his game,” Volkanovski said. “I fought a really smart fight. Obviously some people were sour that I didn’t get a finish but there are also plenty of people that understand the game and saw me shutdown the greatest featherweight of all-time. Not even Max was able to do that.”

After beating Jose Aldo via decision, Megan Olivi talks to Alexander Volkanovski about the biggest victory of his career.

As for Volkanovski’s infection, he’s completely been cleared and is off antibiotics. He has also jumped right back into camp and is fully participating in drills. While it isn’t ideal to suffer from an infection or an ailment, Volkanovski believes it might be a blessing in disguise.

“Let’s just say I step in at UFC 240 and I win the belt,” Volkanovski said. “I’d still want to take that belt and defend it on the next card in Australia. I’m not going to be like most of these champions and ignore challengers. I want to build my legacy by defending the belt regularly.”

The idea of defending a championship is one of the things that drive Volkanovski the most. The other is his beautiful family. Volkanovski is focused on providing for his wife Emma and two young daughters Ariana and Airlie.

“I have a family to feed. Winning is what is going to make me successful and bring money to the table for my family,” Volkanovski said. “That’s my legacy. Being a great father and husband.”

No matter who ends up battling for the 145-lb crown at UFC 240, Volkanovski is brimming with confidence. He has continued to build incredible momentum fueled by impressive victories over featherweight contenders Darren Elkins, Chad Mendes and now Aldo.

Volkanovski isn’t concerned with strapping his gloves up at UFC 240 or who will ultimately be standing across the Octagon from him when he fights for the title. All he needs is the opportunity and once it’s granted it will be his time to reign.

“I will be the champion by the end of the year,” Volkanovski said. “I will not be denied. I’m taking that belt and I’m bring another belt to Australia. Just watch me.”