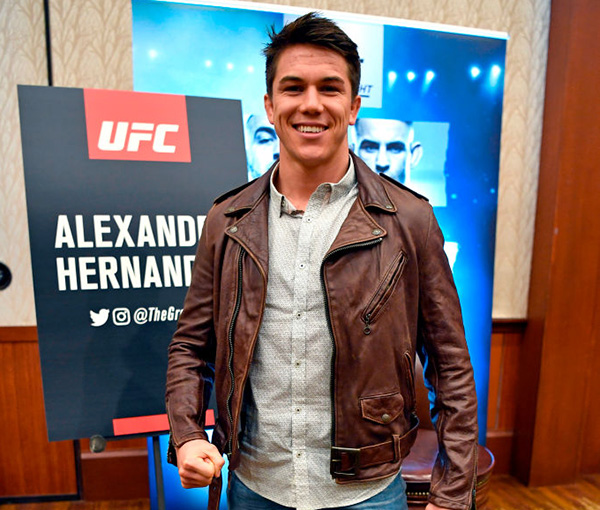 One of the highlights of UFC 222 was the debut of Alexander Hernandez. Stepping in for an injured Bobby Green against the perennially dangerous Beneil Dariush on a mere eight days notice, he maximized his moment on the big stage with a 42-second knockout victory. The performance found him immediately crashing into the Top 15 lightweight rankings, and EA Sports called wanting to add him to the latest update of the hit UFC 3 video game. Just a few months removed from the knockout, he finds himself on the main card of Fight Night Calgary, where he’ll take on another ascending lightweight (and local favorite) Olivier Aubin-Mercier. We caught up with him to ask about his meteoric rise.
UFC: This is your first fight outside the US. How is Calgary treating you?
Dude, Calgary is beautiful. I don’t know how I was sleeping on Canada for so damn long! Canada is so gorgeous, and it’s the best time of the year to be here. It’s been a hell of a thing to see and take in.

UFC: Are you in the UFC 3 game yet?
AH: People keep asking me that! The number one question I was gonna ask when I was [at EA Games] was “when is this update gonna drop?” but I never got around to asking the question. I’m sure I’ll get all the DMs of people knocking me out, or me knocking somebody out whenever it does drop [laughs]. Right now, I know as much as the general public does.
UFC: Ok, so take us through it - you take a short notice fight (at UFC 222) for your UFC debut. Now you’re on the main card of Fight Night Calgary and in a video game. What have these last few months been like?
AH: Yeah, it’s crazy. I couldn’t feel more satisfied, fortunate and blessed. I’m just excited about what’s turned and what’s to come. Since the last fight, it’s been an exciting crescendo to the top, and we have this fight [with Aubin-Mercier] lined up, and I’m very excited about that as well. But I think after this fight is when things will really take off and blossom.
UFC: Has anything changed much in your life so far as a result?
AH: No, it’s still the same song and dance. I’m still around the same people. I guess I get some late-night texts and DMs I didn’t get before [laughs], but that’s about it. Everything is steady and it’s business as usual. I think I’m finding more and more comfort in myself and my process and my coaches. We’re just constantly focused on evolving; evolving ourselves as well as our team, so when these big moments come, we shine.

"Every time I land a shot it could be a potential knockout. When he lands a shot, it’s a puff in the wind." @TheGreat155 Alex Hernandez talks about why he'll finish @oliaubin #UFCCalgary pic.twitter.com/zWMCrWehvZ
— UFC News (@UFCNews) July 26, 2018

UFC: You’ve mentioned you foresee finishing Aubin-Mercier in the first round like your last opponent. What is it about his game that makes you so confident?
AH: His movement. I think he has a lot of the same functions and styles as Dariush. I think I’m just going to be far too dynamic. I think I’m better-skilled in every position. I know I am. I just don’t see him being able to take my pressure; take my shots. Every time I land a shot it could be a potential knockout. When he lands a shot, it’s a puff in the wind. So I think that he’s gonna feel that pressure, he might get a little bashful and start diving for takedowns, at which point he’ll be countered. The fight won’t flow that way. Or we’ll take him on the feet. But I feel strong [that I’ll finish him]. 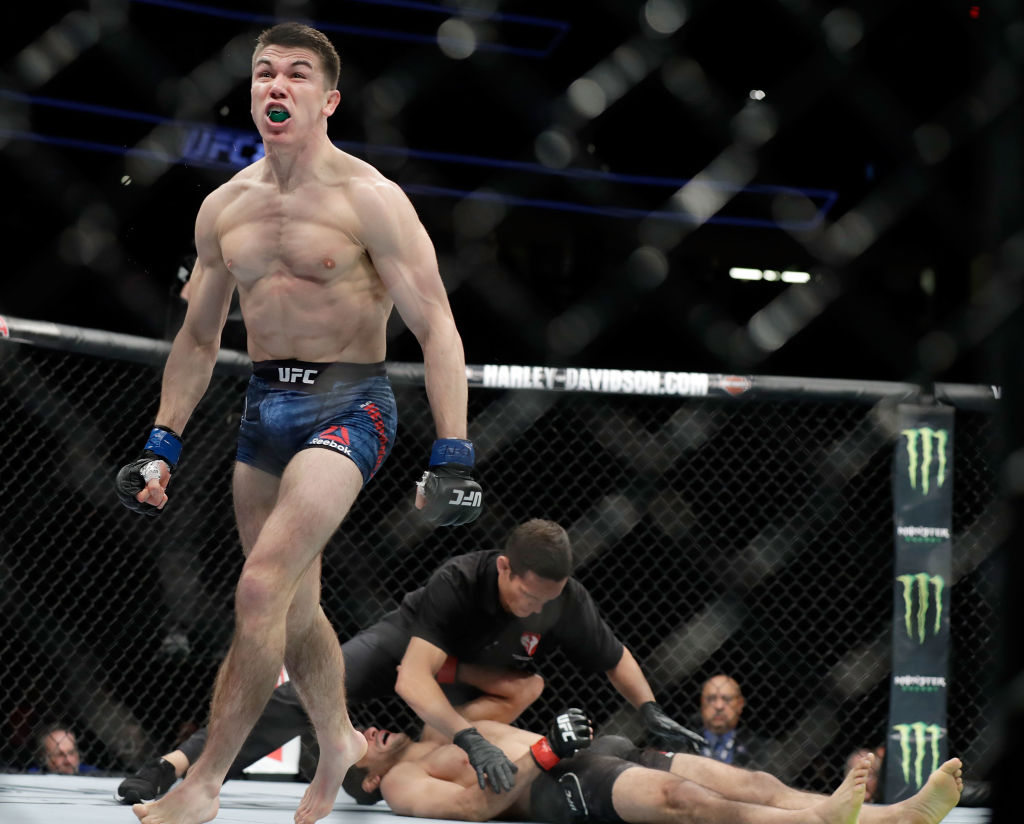 UFC: When we talk to you one year from now, what do you hope will have happened by then?
AH: I’d like to close out two more wins this year, including this one on July 28. By July 2019, I’d like to have like to have two or three more wins and be lined up in the Top 5. The maybe another opponent or two before we’re in title contention in 2020 where I’ll get the strap.
Steve Latrell is a digital producer and writer for UFC.com. Follow him on Twitter at @TheUFSteve