"If I want to take the belt from any champion, I want it to be Jon Jones because he’s the best in the world, pound-for-pound." - Alexander Gustafsson 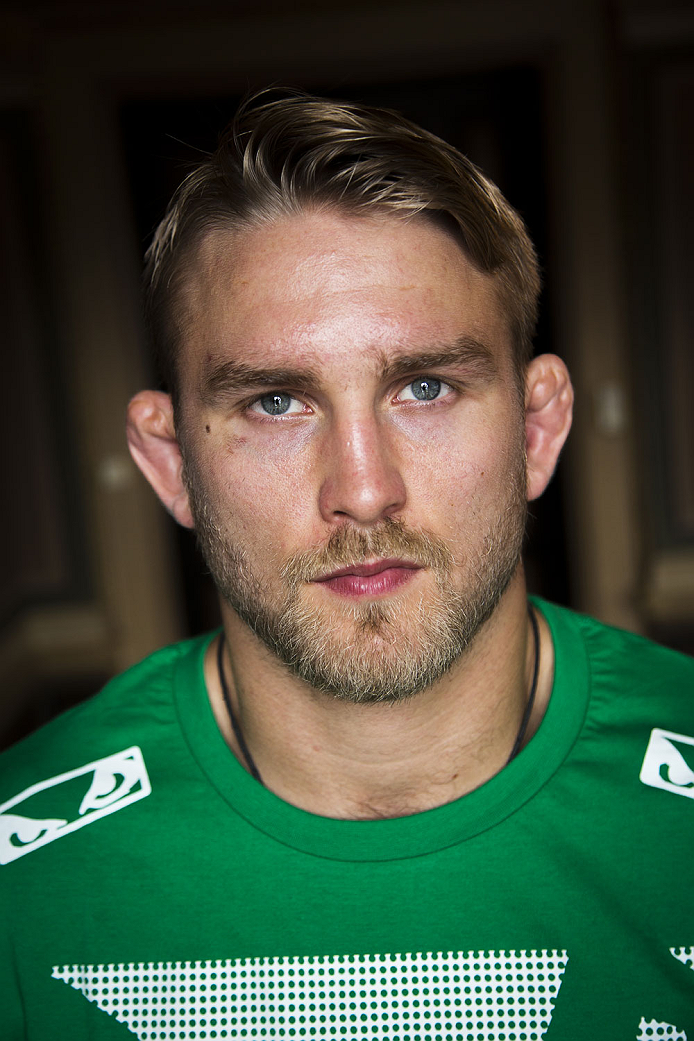 Every fighter will tell you they believe – nay, know – they’re going to win their next fight. No matter the odds, no matter the circumstances, they will emerge victorious.

Nothing more to be said.

But how those words are delivered and the explanation and analysis that usually accompanies them often tells you more than the words themselves. In a sport where everyone says they’re going to win all the time (understandably), there are times where it’s clear that a prediction of victory is more than just talk.

They say the quiet ones are the ones you really have to watch out for, and in the UFC, that extends to those who enter the biggest fights of their career with quiet confidence. The moment doesn’t overtake them because they’ve been building to this point from the outset, and now that they’re here, it’s just another part of the master plan to become a UFC champion.

We saw it in Chris Weidman as he prepared to face Anderson Silva.

Even before the rapidly ascending middleweight was scheduled to square off with “The Spider,” he said he was going to beat the man who had to that point gone unbeaten inside the Octagon in a matter-of-fact, “What’s the big deal?” fashion that sounded convincing from the outset. He wasn’t talking himself up, telling himself that he could do it – he was letting everyone else know what he was going to do.

Whether they believed him or not didn’t concern him.

Alexander Gustafsson has exuded the same quiet confidence throughout his career. With each step up the divisional ladder, the 26-year-old Swedish fighter has humbly and respectfully made it clear that he will win the UFC light heavyweight championship. > Watch: Free Fight - Gustafsson vs. Hamman

Over his last six fights, more and more people have gotten on board with the idea, as Gustafsson turned aside opponent after opponent in impressive fashion. When he picked apart former light heavyweight champion Mauricio “Shogun” Rua in December, “The Mauler” took to the dais at the post-fight press conference in Seattle, a bright blue Bad Boy toque popped up on his head, and said the same thing he’s been saying all along – he will be UFC light heavyweight champion.

Two months ago, Weidman did as he said he would, claiming the UFC middleweight title with a stunning second round knockout win over Silva. Saturday night at UFC 165 in Toronto, it’s Gustafsson’s turn, as he steps into the cage with the reigning, defending, undisputed light heavyweight champion of the world, Jon “Bones” Jones.

Having witnessed Weidman’s prophecy be fulfilled at UFC 162, does the challenger take any inspiration from the new champion’s performance?

“The only thing that that fight reminds me of is that nobody is unbeatable,” says Gustafsson of Weidman’s championship-winning performance from earlier this year. “Everyone can be beaten; that’s the only thing I get from that fight. This is a whole different fight, a whole different type of situation. I take that Anderson was a legend, he was unbeatable, and he got beat. It’s all about mindset and hard work.

“And keep your hands up,” he adds with a laugh. “But I think everybody realized that.”

While winning championship gold has always been the goal for the rangy Swede, getting the opportunity to wrest the light heavyweight strap away from Jones sweetens the pot, as does the fact that the champion has been complimentary of Gustafsson’s skills and looked to him as a legitimate contender even before the bout was put together.

“If I want to take the belt from any champion, I want it to be Jon Jones because he’s the best in the world, pound-for-pound,” asserts Gustafsson, who carries an impressive 15-1 record into his first UFC championship bout tomorrow night. “I want to be the best. To be the best, you have to beat the best. For me – in my eyes – he’s the best out there right now. He has what I want, and I want to be where he’s at right now, and I’m going to be there too. > Also Watch: Gustafsson trains for 165

“I’m ready,” he states sharply, clearly champing at the bit after a long, grueling training camp. “I’m tired of training. I’ve been working my ass off for the last 10-12 weeks. I’m ready to get in there now.”

This point – when it’s time to give an assessment of how the fight will play out in their favor – is another moment when you can glean which athletes are simply offering up the answer that sounds the best and most confident, and which ones have thought things through, visualizing every second that will tick off the clock once the cage door closes, looking at every angle, not just the ones that work in their favor.

There are no grandiose projections or last minute jabs at the opposition with quietly confident ones.

They’re not trying to convince anyone of anything, especially themselves. They know the challenge that rests ahead of them, the difficulty of the task at hand, and the way things are going to play out. They’ve been working towards this moment from the outset of their careers – now it’s just a matter of doing what they’ve been training to do all along.

“A perfect fight would be a finish, second or third round, with me as the winner, of course, but I think it will be five hard rounds. It’s going to come down to who wants that belt the most and who has been working the hardest, and I know I have.

“I will be the winner, by decision.”