Flyweight Alex Perez Is Happy To Back In Action And He's Ready To Remind People That He's A Force At UFC 269: Oliveira vs Poirier
By Thomas Gerbasi, on Twitter: @TGerbasi • Dec. 9, 2021

Alex Perez has a post-fight ritual that he’s stuck to for a long time. No, it’s not some cookie dough ice cream or a couple beers with his team. Instead, the flyweight contender runs.

“Usually, I run for about 30 to 45 minutes on a treadmill to run my emotions off, I guess you can say.”

But after coming up short in his challenge for the UFC flyweight belt last November, Perez didn’t engage in his post-fight habit.

“I didn’t because we were quarantined,” said Perez. “So I ended up getting to hang out with some of my friends and family. Honestly, it was the first time in a long time where I just went to bed. It was a long camp, long everything.”

It was the fight everyone wants, but at UFC 255 in Las Vegas, Perez was unable to dethrone then-champion Deiveson Figueiredo, getting submitted in the first round. Long camp, long everything, and now Perez just wanted to await the arrival of Noah Alexander Perez in February. So he took a well-earned break. And yeah, he ate a little.

“I was a little hefty,” Perez laughs. “My son was coming in February, but we didn't know when. I've been doing this 11 years and I've never been able to take a break. Usually I'll go on vacation, but it's not really a vacation. I'm finding places to train and work out, and this is the first time in a long time that I took a step away for a little bit. A week without training, a week without worrying about what to eat.”

Yeah, that’s a prizefighter’s idea of a break – one week. 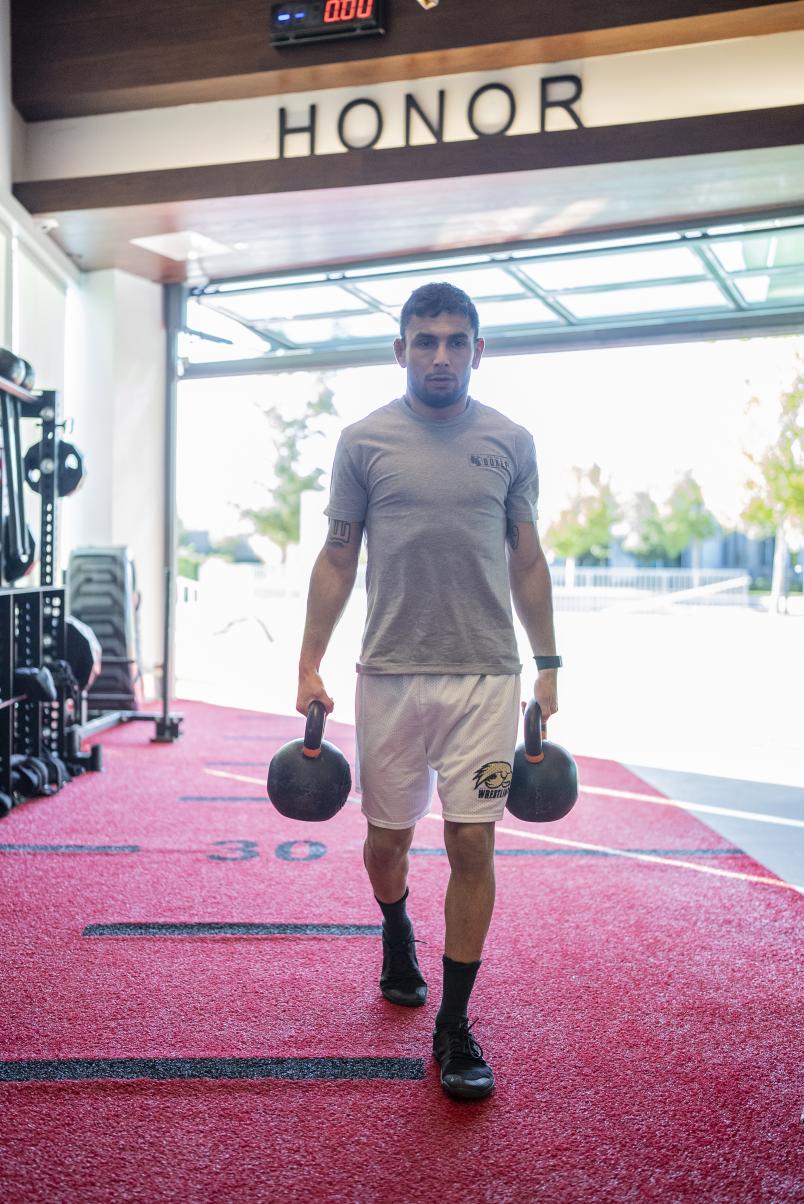 Then it was back to work with his Team Oyama squad to help them get ready for their fights. As far as his own career was concerned, he was ready for a return, both physically, and most importantly, mentally.

“For me, I come from a wrestling background, so the edge after that loss was gone pretty fast,” Perez said. “I gave myself a few days to kinda be a little baby about it, but in wrestling, you gotta turn around quick to wrestle an hour later after you lose a match in a tournament, so I take that approach with this. Yeah, it sucks, it's a fight, it's what I do for my job, but I could be in a lot worse position than losing a fight and getting paid and making a living for me and my family. So I gave myself a few days and that feeling went away. Don't get me wrong, I still think about it, it fuels me, but it's kinda like, 'Okay, it's over with and done with, I can't do anything about it now.'”

On Saturday, Lemoore’s Perez is back in the Octagon to face Matt Schnell. It’s a fight originally scheduled for May, then August, but that will finally happen now. It’s more of a break than Perez wanted, but now that he’s here, he’s just ready to get back to the business of gold chasing. 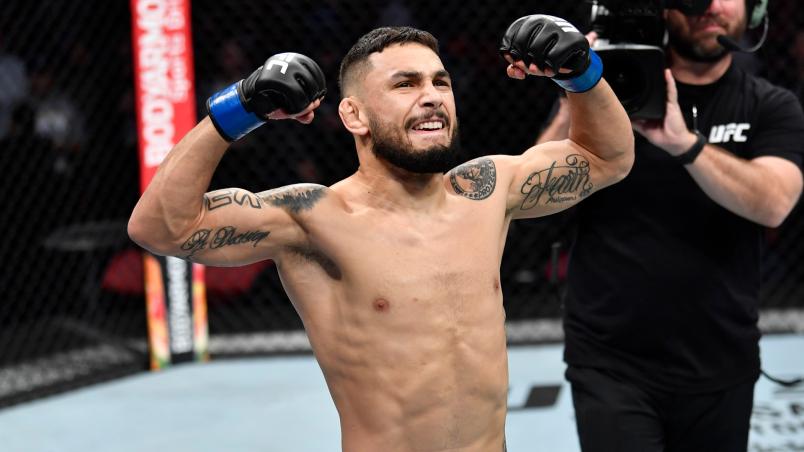 “For me, the belt is obviously the ultimate goal, but I also have the wrestling mindset that it's just a medal,” he said. “If you fight and put two guys together, a champion and a challenger, and they fight ten times, you don't know who's really gonna win all those times. For me, it's about the belt, getting that medal, but then also what comes with it. It's all about being to provide for my family and myself. I can't fight forever, so I want to make as much money as possible now. But the belt shows that I'm here, I made it, I did everything that everybody said I couldn't do.”

And in a wide-open division that should open up even further once Figueiredo and the man who beat him for the belt, Brandon Moreno, settle their business in early 2022, the No.4-ranked Perez knows that it won’t take a long time to get back in the championship conversation. But even if it does, he’s okay with that. He’s here for the long haul.

“There's not a lot of us on the roster, so I think I win a few fights I can be back in there,” he said. “But, for me, it's all about fighting. Rankings don't mean anything to me. It's just a number. So I'll fight anybody. If they want me to clear out the whole division, then I'll go back down to the bottom and all the way up. I'm not worried about the next title shot - just about this next fight and to show everybody how good I am. You're only as good as your last fight, I say that all the time, and obviously my last fight I wasn't the best, so I'm excited to prove everybody wrong.”