"I’m one guy that never wants an easy fight. I always like to fight the best in everybody. I don’t want an overturned stone to take my glory away." - Alex Caceres 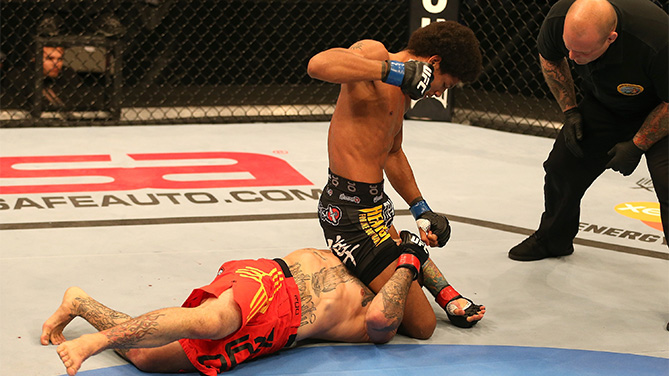 Alex Caceres isn’t down in the dumps following his July loss to Urijah Faber. It wasn’t his finest hour, but at 26, he knows it’s part of the process in this sport. Hopefully, you win more than you lose, and you’ll never find out where you’re at until you test yourself against the best in the game.

Faber, a man who has never lost a non-title fight, qualifies as one of the best bantamweights on the planet. It’s a reason why when the UFC 175 bout was announced, many wondered if Caceres, who had gone unbeaten in his previous five fights, was in too deep.

He lost, but he wasn’t in too deep, staying competitive with “The California Kid” until he was submitted in the third and final round. By then, Miami’s Caceres realized that Faber was just another fighter. 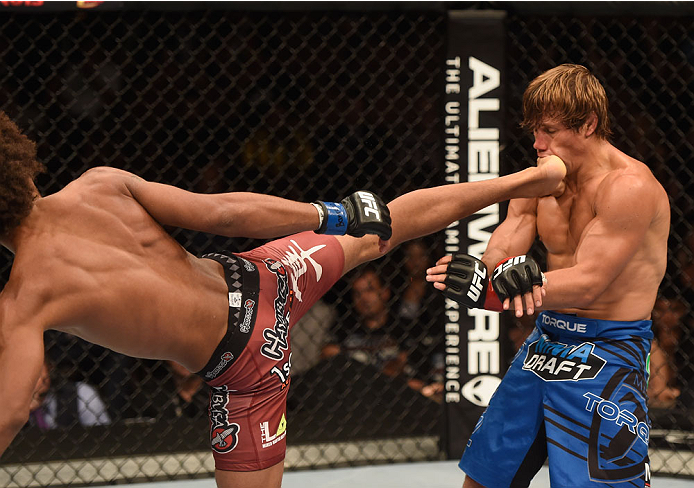 “I definitely look back at the fight and know that I could have done better if I let go some of the respect I had for Faber,” Caceres said. “I didn’t feel like I was being overpowered or anything, but I was definitely enjoying myself just a tad bit too much rather than fighting my fight. I was pretty star-struck to have Faber in front of me, trying to hit me. But other than that, it was a great learning experience. I know how to win for the next time around. It made me grow as a person, a fighter, and a martial artist. I was definitely able to let go a lot of things – a lot of anxiety, a lot of the fears, and the hype that people might bring into the cage with them. Because in all honesty, Faber’s great, he’s a legend and a veteran of the sport and he is good at what he does, but fighting him made me realize that he was just another guy.”

It’s an honest assessment from a young man who hasn’t shied away from telling it like it is since his time on season 12 of The Ultimate Fighter. And though he’s seen as flashy and cocky, Caceres usually saves that part of his personality for weigh-ins and fight night. When the bright lights aren’t on him, he’s simply a fighter trying to perfect his craft. Correction, a martial artist trying to perfect his craft. To him, there’s a difference, and it’s why as he approaches his Saturday bout with Masanori Kanehara in Japan, fans in The Land of The Rising Sun have embraced him. 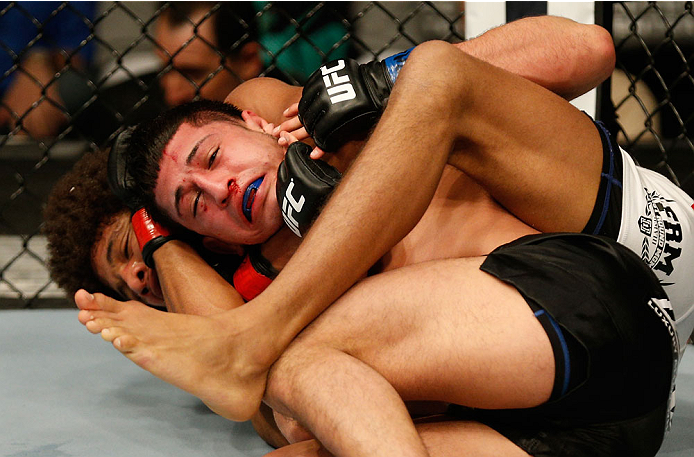 “In Asian culture especially, martial arts is so embedded into their lifestyle that they don’t really care where you’re from, but the fact that you are embracing their culture due to martial arts, they really appreciate that,” Caceres, who fought Kyung Ho Kang in Saitama in 2013, said. “I saw that with the crowds in different parts of Asia, and it was amazing how everybody just likes the fact that you’re doing it. They actually sit down and watch the fights rather than saying I’m gonna cheer for this guy or that guy.”

So there’s no guy screaming “elbow” or “kick his ass, Seabass” during the fights at Saitama Super Arena, and that’s just fine with Caceres, who relishes the opportunity to experience other cultures during his business trips.

“I embrace and love that I get to travel and see different cultures and how other people live,” he said. “A lot of us are stuck inside our own boxes and we’re too stuck in our ways to even open up and let anything in. It’s good to spread yourself and experience people and their different ways. It broadens your mind and opens up your soul a little bit. There’s more than one path that leads to the ocean.”

And more than one path that leads to the bantamweight title. For Caceres, the next step is Saturday against a newcomer in Kanehara who is a rookie only in UFC terms, as the 31-year-old is a 39-fight veteran of the Japanese scene. He’s also no stranger to Caceres, as the two briefly worked out together after the Kang fight last year, even if “Bruce Leeroy” didn’t consider it the most optimum circumstances for a training session.

“It wasn’t the best training,” he said. “It was right after my fight with Kyung Ho Kang, and so I would have to admit that I was getting a little fat, and the day that we trained together was the day that I discovered that you’re allowed to drink alcohol in the middle of the street in Japan.”

Caceres laughs, but in that session, he knows that a year and a half later, he’s going to be in for a fight.

“He’s a really well-rounded and talented fighter, and I’m going out there to bring my best for him and I hope he does the same.”

But does he hope Kanehara prepares for the fat kid he saw last year and not the well-trained athlete Caceres is with a training camp behind him?

“I’m one guy that never wants an easy fight,” he said. “I always like to fight the best in everybody. I don’t want an overturned stone to take my glory away. I want everybody to come out there a hundred percent and bring it as much as they can to me because that’s the only way that I can test myself. I’m a martial artist, and I would do this whether it was in an alley or the UFC cage. It wouldn’t matter to me. It’s always another test to see where I’m at. I’m going out there to perform to the best of my abilities, to prove to myself that I can. And it just so happens that it’s very f**king entertaining. (Laughs)”