When you see the words “unanimous decision” appear on someone’s record,

it automatically conjures up a certain picture in your mind about how the fight played out. For better or for worse, those two words in combination make you think of a clear, indisputable outcome where one fighter obviously got the better of things.

In many cases, that can be true, but what the words “unanimous decision” don’t convey and what online resumes don’t show is how close and competitive those bouts really were.

Alessio Di Chirico enters his first fight of 2021 on a three-fight losing streak, having landed on the wrong side of a unanimous decision verdict in each instance, but none of those bouts were blowouts.

Against Kevin Holland, the 31-year-old Italian won the opening round on all three scorecards and entered the third in a coin-flip fight. Against Makhmud Muradov, he trailed 20-18 after two, but rallied in the third, winning the frame in the eyes of all three officials to end up on the unhappy side of a trio of 29-28 totals. And against Zak Cummings in November, “Manzo” was neck-and-neck with the former Ultimate Fighter contestant before a knockdown from a late head kick put Di Chirico on the deck and swung the verdict in Cummings’ favor. 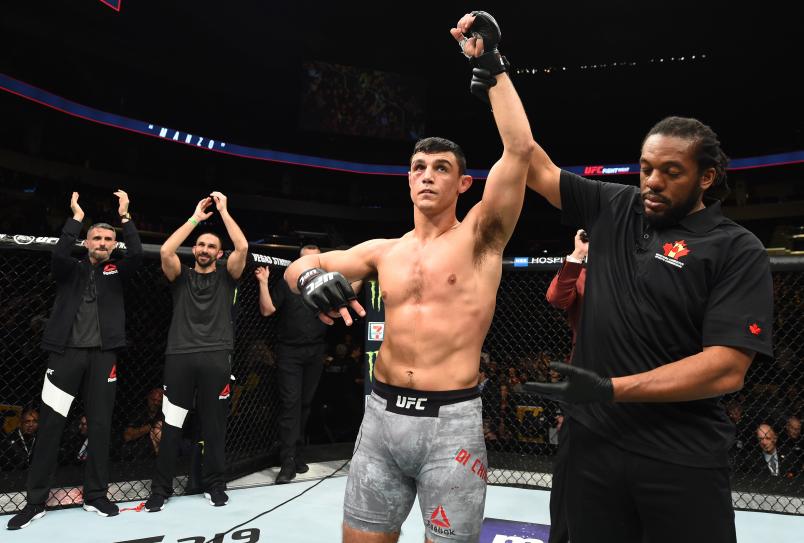 “I need to be more focused,” Di Chirico said on Monday, reflecting on his string of tight contests as he readies to take on Joaquin Buckley this weekend in Abu Dhabi.

Hearing a professional athlete competing at the highest level in their respective sport acknowledge a lack of focus may be unexpected to some, but just as everyone else can drift in and out of alertness in the middle of a workday, so too can athletes. The potential impact of losing focus is obviously considerably different depending on whether you’re a cage fighter or an accountant, but not feeling present and not being 100-percent locked in at all times is universal.

Coming off the challenging and chaotic year that was 2020, it’s even easier to understand being distracted at times and your mind wandering to other considerations.

Italy was one of the first countries to experience serious issues with the coronavirus last year, prompting lockdowns and lengthy quarantine periods that disrupted life across the nation, just as it eventually would come to do in North America. But while Di Chirico acknowledges the challenges the pandemic presented, he said it had nothing to do with the result of his last outing.

“It was very difficult for all Italy, not only for me,” he began. “A lot of people lost their jobs, and a lot of friends closed their gyms. It’s very difficult in Italy right now, and in the entire world, as well.

“The fight with Cummings was a fight against a very experienced fighter,” he continued. “I had a very good camp and I lost it in the last second because of a lack of focus. I need to be more focused; that’s all I need, and I think that I am focused now.” 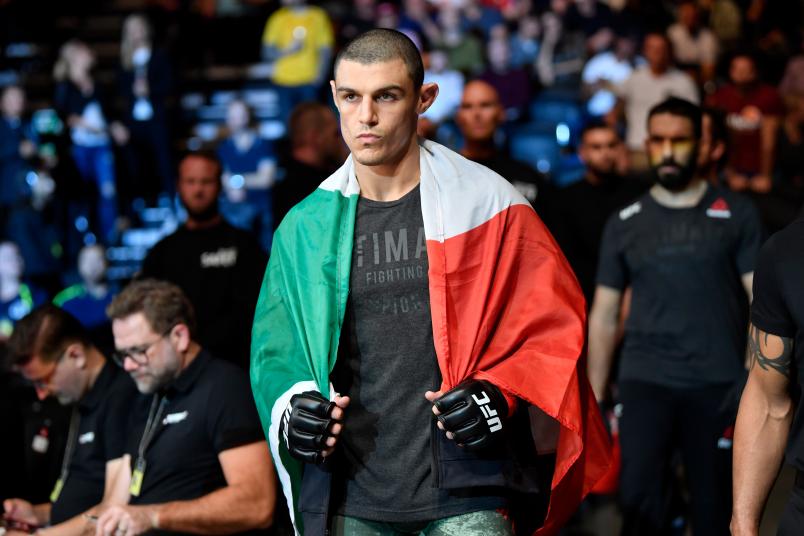 Alessio Di Chirico of Italy prepares to enter the Octagon prior to his middleweight bout against Makhmud Muradov of Uzbekistan during the UFC Fight Night event at Royal Arena on September 28, 2019 in Copenhagen, Denmark. (Photo by Jeff Bottari/Zuffa)

Part of that improved focus is simply a result of maturation as a fighter — developing a better understanding of situations inside the Octagon and learning how to best utilize his skills over the course of 15 minutes.

But it’s also fostered by the position Di Chirico finds himself in as he embarks on the first fight of his 2021 campaign: saddled with three consecutive ticks in the loss column and paired off with one of the hottest emerging talents in the 185-pound division in Buckley.

“I think I need to be in the corner to be focused, and I think that now, this is the most important fight of my life and I am backed into a corner and I am focused,” offered the middleweight from Rome. “This fight is very, very important — it means absolutely everything.”

Few competitors had a better final quarter of 2020 than Buckley, who made his debut on short notice against Kevin Holland in August, getting stopped in the third round after giving a good accounting of himself over the opening 10 minutes.

Those two finishes landed Buckley a second-place finish on the list of Top 10 Newcomers in 2020 as voted on by the UFC editorial team, and put him near the top of the list of fighters to watch coming into this year within the MMA community. 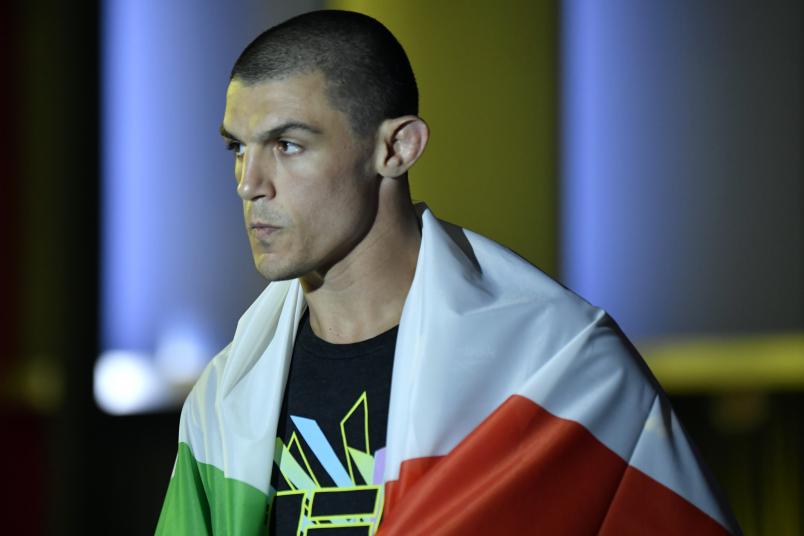 Both of those elements were factors in Di Chirico’s decision to jump at the opportunity to share the cage with “New Mansa” this weekend.

“I’m not interested in staying in the UFC in the periphery position in the rankings; I don’t want to be a parasite,” he said. “I want to fight the best guys in the world, and this is why I’m in the UFC.

“I’m very excited to fight Buckley — the superstar of the moment,” he added. “But I think that in this fight, there are no superstars.”

That’s not a shot at Buckley either, but rather an extension of Di Chirico’s overall point of view regarding himself and his contemporaries that step into the Octagon.

“A fighter is a normal person with an abnormal will,” he said, sharing sentiments similar his preference for viewing MMA athletes as knights and not gladiators, which is the motto of his gym.

“Saturday night, this is what they will see.”

Backed into a corner and more focused than ever before, Di Chirico is ready to change his fortunes this weekend and start 2021 off on a winning note.

Make sure to watch Di Chirico and Buckley at UFC Fight Island 7, Saturday, January 16, live on ABC and ESPN+ at 3pm ET/12pm PT.