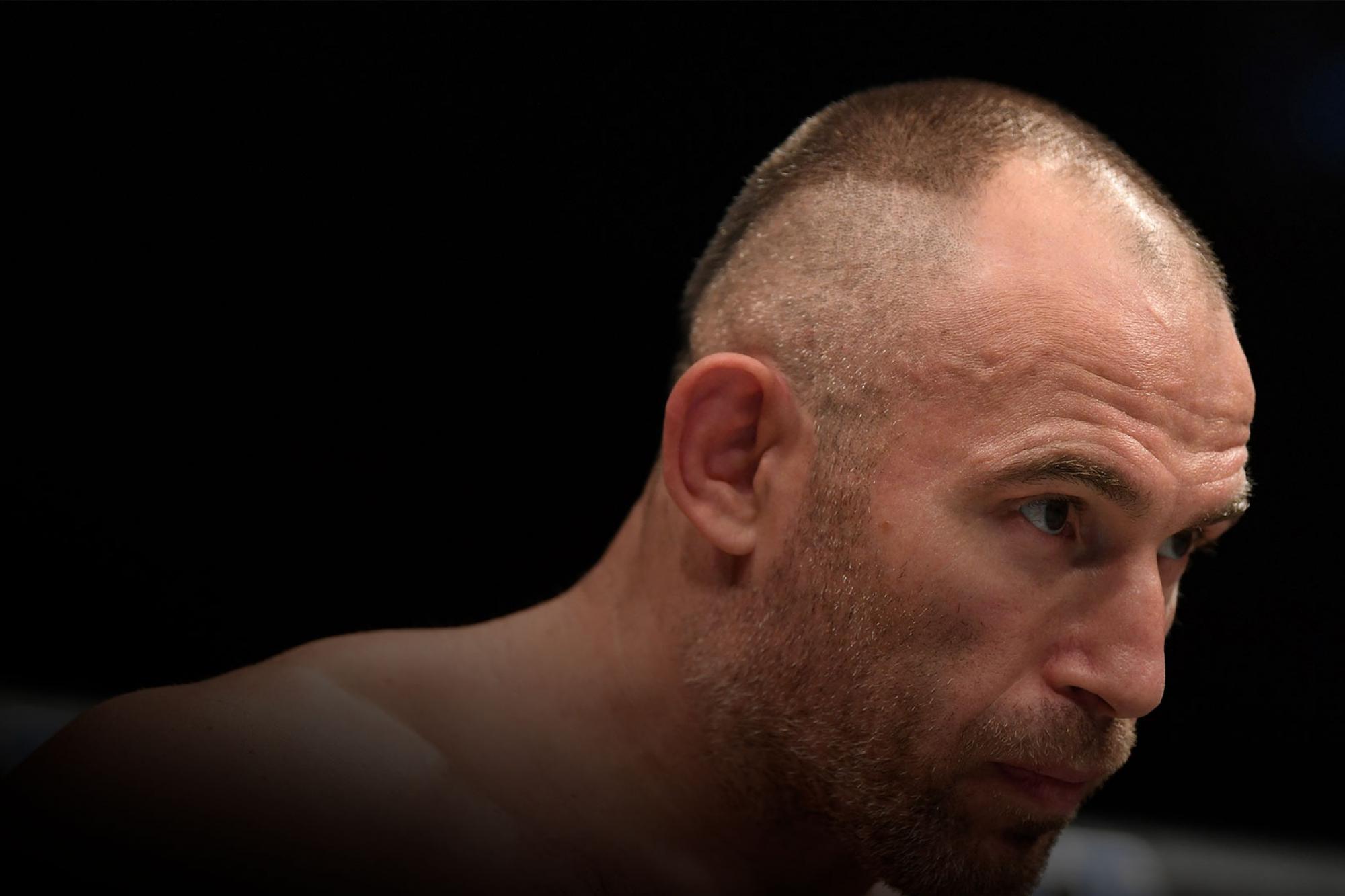 Aleksei Oleinik Will Never Give Up

Aleksei Oleinik is 43 years young and isn't giving up from being an elite heavyweight anytime soon
By E. Spencer Kyte, on Twitter @SpencerKyte • Aug. 6, 2020

Aleksei Oleinik and I are roughly the same age, but that’s where the similarities stop, which is a good thing for the UFC heavyweight and an unfortunate reality for yours truly.

While my subpar conditioning deteriorates a little more with each passing day, Oleinik looked to be in the best shape of his career last time out, showing improved quickness and fluidity while racing out to an early lead and holding off Fabricio Werdum to secure his second consecutive victory back in May.

So when we spoke on Wednesday afternoon, I asked the veteran grappler to share his secrets with a fellow fortysomething hoping to follow his lead.

“I am not 43 years old; I am 43 years young,” Oleinik said, correcting me when I inquired about the keys to entering this weekend’s main event showdown with Derrick Lewis in the best form, physically and performance-wise, of his extensive mixed martial arts career.

“There are no secrets — it’s all my will and my regimen and I’ve never broken my regimen,” he said, dashing my faint hopes that there was a quick fix that would help me slim down, tighten up, and generally move better that didn’t involve a stringent workout routine and eliminating the majority of the foods I consume on a monthly basis from my diet. “I try to eat and train correctly, that’s all.

The heavyweight division’s Energizer Bunny really is an outlier in this sport.

In addition to being the elder statesman in a division where fighting into your late 30s is far less uncommon than in other weight classes, the first fighter to compete across four decades, and the first fighter to earn a victory in four different decades, a victory on Saturday night would also make Oleinik just the tenth fighter in MMA history to register 60 wins or more.

Only one competitor on that list boasts more victories inside the Octagon and that’s Hall of Famer Dan Severn, who scored nine of his 101 career wins under the UFC banner. Oleinik can pull even with him if he beats Lewis this weekend and extends his winning streak to three.

“I only think about my fight and that’s with Derrick Lewis,” he added. “My current fight is always the biggest fight of my life, so I don’t think about the future now.”

The one career achievement Oleinik does allow himself to think about is establishing a legacy, but even there, his thinking is not only different than my own, but makes him seem oblivious to the fact that after amassing more than 75 appearances over a 25-year career (and counting), he’s already done more than enough to secure his legacy in this sport.

“My goal is to earn my legacy, earn my name,” said the Russian heavyweight, who has gone 8-4 inside the Octagon over the last seven years while facing a who’s who in the big boy division. “I always try to face the biggest and toughest guy; guys who are very strong, very dangerous.

“I don’t want a small name,” he continued. “This is the more difficult way, but it’s my way.”

Following his split decision victory over Werdum in May, Oleinik lobbied to face another established competitor, ultimately landing opposite Lewis in this weekend’s main event.

A big name within the MMA community before he arrived in the UFC, Oleinik has only seen his name grow since debuting in the Octagon in with a first-round submission win over Anthony Hamilton in the summer of 2014.

The fact that he’s shared the cage with a host of current contenders is only part of the reason for that, though. The other piece is that he boasts one of the most unique arsenals of chokes and submissions of anyone in the sport today, including his signature Ezekiel choke, which he’s successfully used twice in the UFC and a staggering 14 times overall in his career.

How dangerous of a grappler is Oleinik?

Coming off his second Ezekiel choke victory in the UFC and heading into his main event pairing with Hunt in Moscow, everyone was asking the Russian veteran if he believed he would be able to submit the heavy-handed knockout artist with his signature hold.

“In my opinion, I can’t do this choke on Mark Hunt,” he began. “Mark Hunt has a very short neck. I think it will be impossible with this fight, but I have something special for Mark. God help me, I will try to show you this surprise. I have one more submission.”

A little over four minutes into the first round, Oleinik tapped out Hunt with a rear-naked choke.

He’s facing a similar challenge on Saturday, as Lewis has made it clear he has no intentions of messing around with “The Boa Constrictor” on the canvas and is another big-shouldered, short-necked heavyweight bomber for Oleinik to contend with.

“He is a smart guy and he has a team that has prepared a game plan for me, and I have prepared my game plan,” he said, offering his insights on the matchup with Lewis. “This is a fight between two teams, not just two fighters.

“Of course, I don’t think he’s going to want to wrestle with me or go to the ground with me, so maybe I will fight standing,” he continued.

“I don’t know if I will submit him,” Oleinik added. “I have a couple game plans and I will try.”

And I’ll be watching from home, continuing to marvel at my fellow forty-something, eager to see if he can propel himself into the Top 5 and the title conversation with a victory on Saturday night.