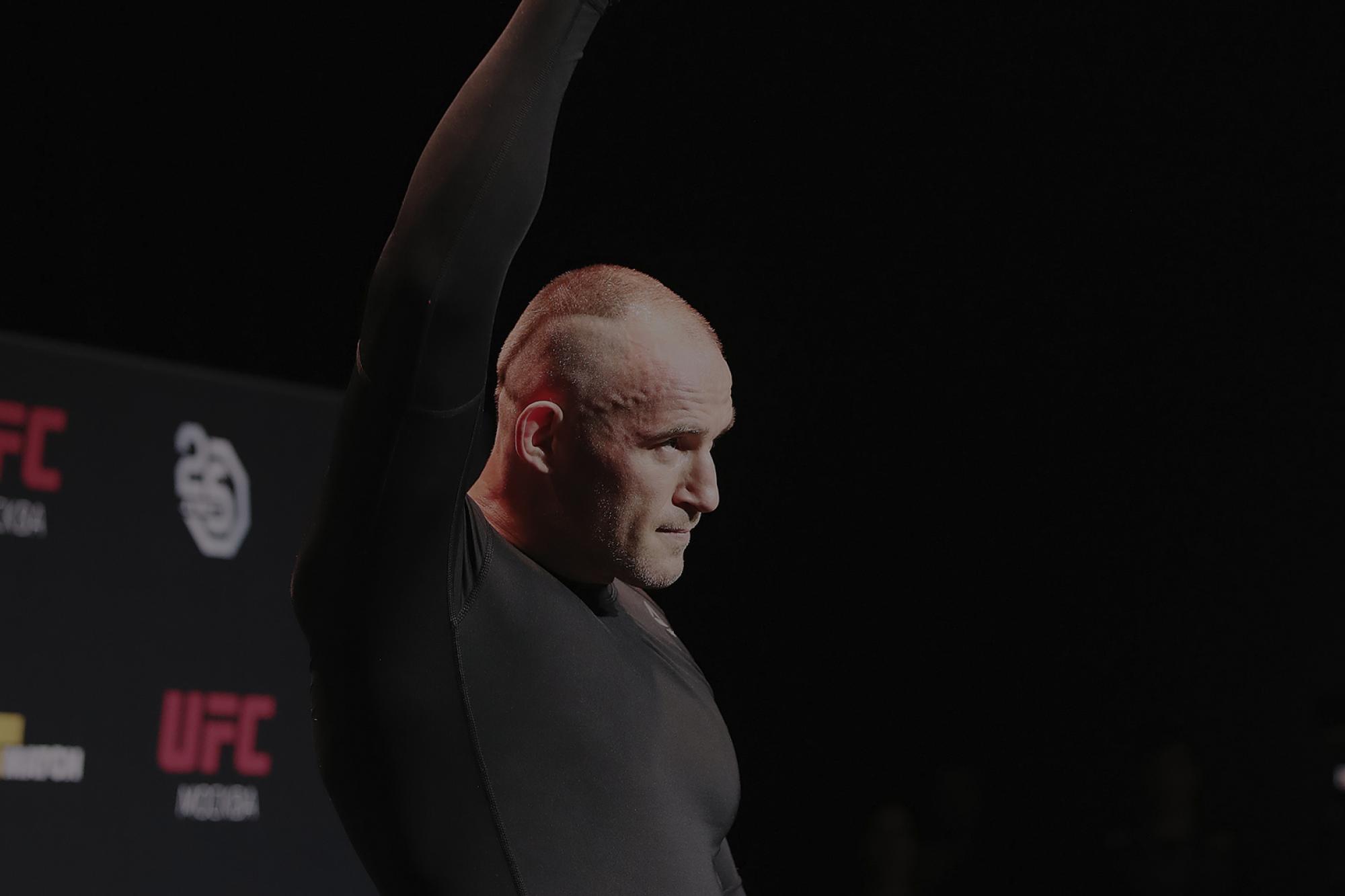 Generally speaking, a veteran is someone who has been around for five, six, seven years — they’ve been through some battles, have a couple moments that standout in the minds of fans and are the names that automatically come to mind when you’re talking about tenured competitors and athletes.

And then there are guys like Aleksei Oleinik, who sees those athletes’ veteran status and raises it 30, 40, 50-percent.

Oleinik is the MMA equivalent of a left-handed reliever who plays into his mid-to-late 40s, coming in to face one or two batters a game every couple days. He’s like Jesse Orosco or John Franco, a pair of long-time New York Mets who took to the mound for more than 20 years and remained effective at an age when the majority of their contemporaries were already a couple years into retirement.

Scheduled to face Walt Harris this weekend in the co-main event of the UFC’s return to the AT&T Center in San Antonio, Texas — a recoupling of a fight initially slated to take place in Ottawa earlier this spring — Oleinik will be making his 10th appearance in the Octagon and fighting for the 71st time in his career.

“I have more than 50 fights in Combat Sambo and those were bloody, terrible fights too,” said Oleinik, who enters the contest off a first-round stoppage loss to Alistair Overeem in April. “Sometimes they were more difficult than mixed martial arts fights and I fought against many, many strong guys like Fedor Emelianenko and others in Combat Sambo.”

Before he signed with the UFC, Oleinik was the heavyweight version of Donald Cerrone, logging four, five, or six fights a year consistently. In 2008, he took part in four different tournaments, including the infamous YAMMA Pit Fighting show in Atlantic City, New Jersey, and fought a total of 11 times, earning nine victories.

While his pace has certainly slowed, Oleinik’s desire to compete has not waned.

“I’m not as young, but I’m an experienced fighter,” said the expert grappler, who has earned 45 of his 57 career victories by submission. “It’s not easy, but this is my work; I’m a professional. I do a good rehabilitation after my fights and in two or three months, I’m ready for the next fight.

“I enjoy my work,” he added when asked what continues to motivate him at age 42. “I have lots of experience — 70 fights — and many fans from Russia and around the world that watch me and want to see me fight.”

Each of Oleinik’s last two UFC appearances have come in main event assignments in Russia, giving “The Boa Constrictor” the biggest opportunities of his career.

He headlined the company’s first event in Moscow last September, emerging with a first-round submission win over Mark Hunt before replacing Alexander Volkov opposite Overeem earlier this year when the UFC ventured to Saint Petersburg for the first time.

Oleinik had already been in camp, preparing to face Harris two weeks later in the Canadian capital, but when the call came through, the chance to share the cage with an elite contender like Overeem was too good to pass up.

“Of course it was difficult because Alistair is a more, more experienced fighter than Walter or any other guy,” he said of making the sudden shift in his preparations. “Not many fighters in the UFC have as much experience as Alistair; he’s one of the legends in mixed martial arts and that’s why I took that fight. I wanted to try myself (against a fighter like that).”

As soon as the two experienced heavyweights reached the center of the cage, Oleinik pulled guard and started looking to set up his trademark Ezekiel choke, but Overeem was wise to his plans, defended well and quickly worked back to his feet.

While Oleinik pressed forward and found some success with his hands, the younger, more fluid striker eventually uncorked a series of heavy knee strikes from inside the clinch that felled the Russian and brought the fight to a close.

Now, Oleinik is paired back off with Harris, manning the co-main event position this weekend in San Antonio, looking to make the most of another marquee opportunity inside the Octagon.

“Walter is a tough and strong guy too; this is not an easy fight,” he said of Saturday’s matchup with the former collegiate basketball player, who is unbeaten in his last three outings. “I have done serious preparation for this fight, mentally and physically.

Check out the Top 5 finishes from Aleksei Oleinik's UFC career.

“It’s easier than preparing for Alistair Overeem,” Oleinik joked, “but he’s very dangerous too because he’s younger and very motivated in this fight.

“The UFC is the biggest MMA event in the world and taking part in the main event and co-main event is very honorable for me,” he added. “I am very happy that the UFC thinks of me as a good fighter — an experienced fighter with a good record and lots of experience — and I want to thank the UFC for that.”

As for how things play out this weekend, the battle-tested veteran offered the kind of assessment you would expect from someone who has logged 70 professional fights all over the world and makes seasoned veterans look like fresh-faced newcomers.

“This fight, it will be two tough guys trying to do something to each other,” said Oleinik, keeping it as straightforward and simplistic as you would expect. “I have my techniques, my game plan and two or three variants for our fight and I’m ready for all these variants.

“I think Walter will be prepared too and whomever is better prepared will win on Saturday.”