UFC Light Heavyweight Contender Aleksandar Rakic Has High Expectations For How His UFC Fight Night Main Event Bout With Jan Blachowicz Will Play Out.
By E. Spencer Kyte, on Twitter @SpencerKyte • May. 9, 2022

Aleksandar Rakic has been making steady progress towards the top of the UFC light heavyweight division since debuting inside the Octagon in September 2017.

Saturday night, the 30-year-old Austrian contender looks to take the final step in his journey towards title contention as he squares off with former champion Jan Blachowicz in the second main event assignment of his career.

“I need to make a great performance, a dominant performance,” said Rakic, who enters the contest on a two-fight winning streak and sporting a 14-2 record overall. “I need to let the people know that I’m going to fight for the belt next.”

He lobbied for that opportunity coming off his last victory — a unanimous decision win over Thiago Santos last March at UFC 259 — but his request was not granted. Blachowicz ultimately defended the title at the end of October against Glover Teixeira, succumbing to the Brazilian veteran, while Rakic watched from the sidelines, focusing on using his time away to level up his skills for his inevitable return.

“It was a long time without a fight, but that’s the reason I’m so hungry about Saturday,” said Rakic, who is 6-1 inside the Octagon, with his lone loss coming by split decision in a hotly debated battle with Volkan Oezdemir. “I learned a lot in this year. I’m one year older, which means I’m one year smarter. I’m a better athlete. I put a lot of work, doing some short camps around the world.

“This is the longest layoff since I’ve been in the UFC — 14 months away — but I’ve been working really hard the last year with the whole team. We’ve put a lot of work in and I’m a different athlete from the last time, and you will see this in my next fight.”

In addition to getting time to allow his body to heal and to work on skill development, Rakic’s time away has allowed the vitriol and displeasure fans held about his last two efforts to dissipate, turning his tactical wins over Santos and Anthony Smith into victories on his resume and not points of contention. 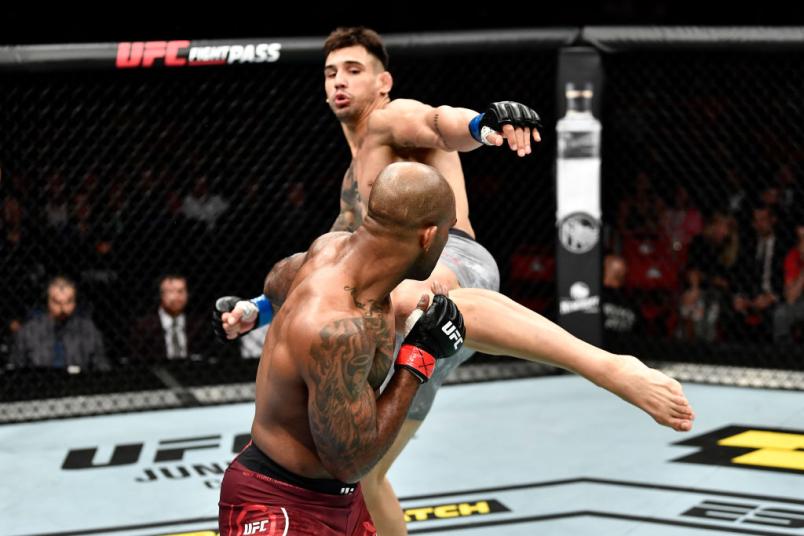 “The most important thing is to win,” said Rakic when asked about his last two triumphs, where the marauding, attacking style he showed in some of his earlier efforts was replaced by a grappling-heavy approach in the fight with Smith and patient, counter fighting tactics against the Brazilian powerhouse. “With Santos, it didn’t go like the fans are expecting it, but a win is a win. We knew that Santos was a dangerous counter-striker, so this was a tactical win.

“I fought big names already in my career. I’ve fought three former title challengers in a row, and now I’m fighting a former champion. I would like to put on a highlight reel performance, but you need two (people to make that happen), you know?”

Find Out What's Happening In The Light Heavyweight Division

Saturday’s contest with Blachowicz was originally scheduled to take place at the end of March, but the Polish veteran was forced to withdraw due to a neck injury, resulting in the pairing being kept intact and rescheduled for this weekend.

The delay didn’t bother Rakic at all — how hard is it to wait a couple more weeks when you’ve already been waiting for over a year? — and he was ecstatic that the former champion was able to make a relatively quick recovery in order to keep this fight together, because he knows sharing the Octagon with someone as experienced, established, and respected as Blachowicz and getting his hand raised is his ticket to a championship opportunity. 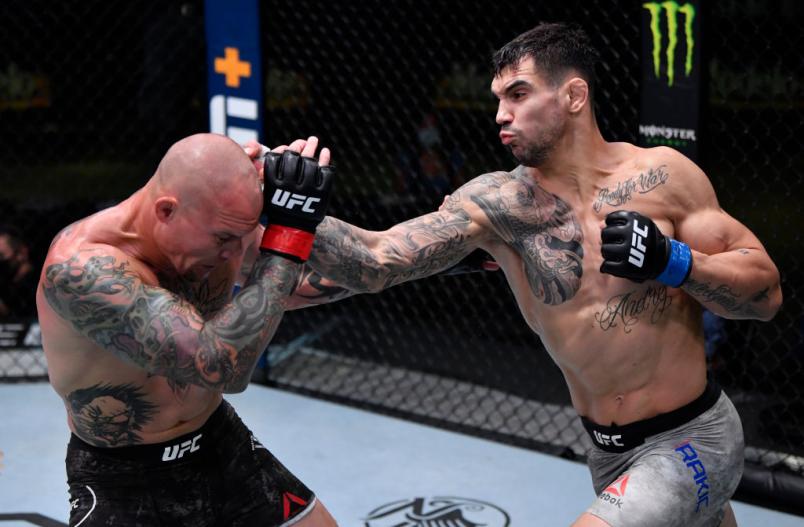 “This is the biggest fight of my career yet, fighting such a good guy — a veteran, an experienced guy; the former champion who beat Israel Adesanya,” he said of Blachowicz, who sports a 28-9 record and has victories in nine of his last 11 appearances. “I’m very happy that I have the opportunity to fight him; I love the challenge.

“We’re in the UFC — we’re the best in the world — and I want to show the people and the UFC that I’ve been training hard the last year and I’m able to fight with everyone in the world,” added the Austrian contender. “He is a former champion, he’s my biggest challenge — the biggest name I’m going to fight — and I’m so ready to go.”

As with everything fight-related, Rakic is prepared for whatever Blachowicz brings his way this weekend and would fancy a quick finish, but makes no promises about how things will play out this weekend.

He believes he’s the better man in every facet and has many paths to victory, but it all comes down to how Blachowicz chooses to approach things, with earning another victory standing as his primary focus.

“I mean, the best scenario I would wish for is a first-round knockout,” Rakic said, laughing, when asked how he envisions the fight playing out. “That’s the best — a quick fight, make some money, and go back home to the family, waiting for a title shot.

“I know I’m able to out-wrestle him, to out-grapple him, to submit him, to knock him out or put on a five-round, high-paced performance. We’ll see what Jan is going to give me and then I’m going to adapt to those things, but the win is the most important thing.”

Rakic is currently stationed at No. 3 in the light heavyweight rankings. Blachowicz is No. 1, and the man between them, Jiri Prochazka, is set to face Teixeira for the title next month in Singapore.

Nothing is guaranteed in this sport, but a win on Saturday could very well punch Rakic’s ticket to a championship opportunity, and the hopeful contender is quick to acknowledge that reality and the pressure that it puts on him to perform this weekend.

But it’s pressure that he welcomes, because it means he’s on the cusp of challenging for the UFC light heavyweight title.

“After this fight, I’m going to closely watch the fight between Jiri and Glover to see who I will be fighting next; that’s what I wish for,” said Rakic. “There is pressure, of course — lots of pressure — but it’s positive pressure, which I like.