Aldo's return one of three bouts added to Winnipeg card 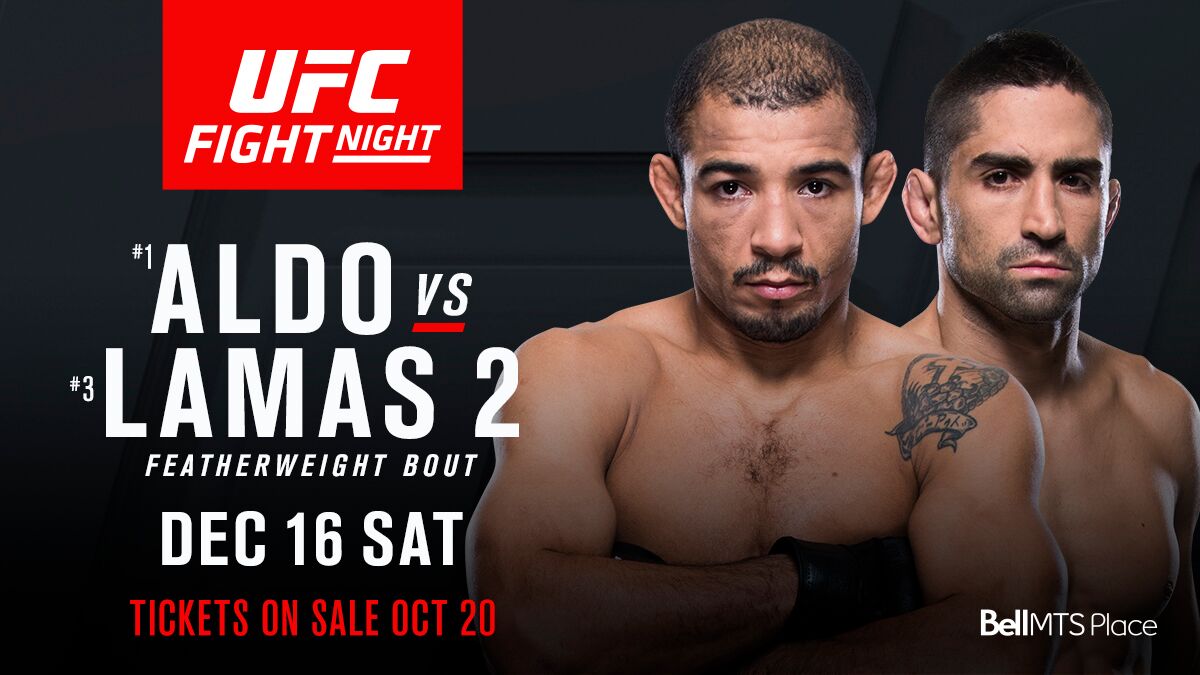 The UFC's first featherweight champion, Jose Aldo, begins his road back to the top of the weight class on Dec. 16 when he faces surging contender Ricardo "The Bully" Lamas in a rematch of a 2014 bout won by the Brazilian superstar.

The bout is featured on the UFC Fight Night card at Bell MTS Place in Winnipeg, Manitoba, Canada. FOX will televise the event.