Aldo vs. Pettis a Go for August 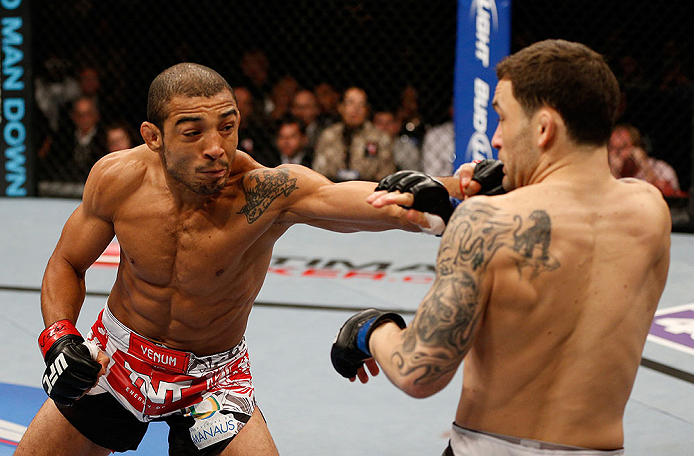 UFC featherweight champion Jose Aldo has already defended his weight class against lightweight intruders Frankie Edgar and Kenny Florian, and on August 3rd, the Brazilian bomber will look to do so once again as he puts his 145-pound title on the line against former WEC lightweight champ and current UFC contender Anthony "Showtime" Pettis.

Aldo is fresh off a UFC 156 win over Frankie Edgar last Saturday which saw him successfully defend his belt for the fourth time. Pettis has won three straight at 155 pounds, with his victories over Joe Lauzon and Donald Cerrone earning him Knockout of the Night honors.

"These guys are two of the most amazing, gravity-defying athletes in the sport," said Dana White to USA Today, which broke the news in this morning's edition. Read full article

This sizzling summer showdown will take place at an event and venue to be announced.