Aldo Tells McGregor: 'You Can Wait For Me. I'm Coming.' 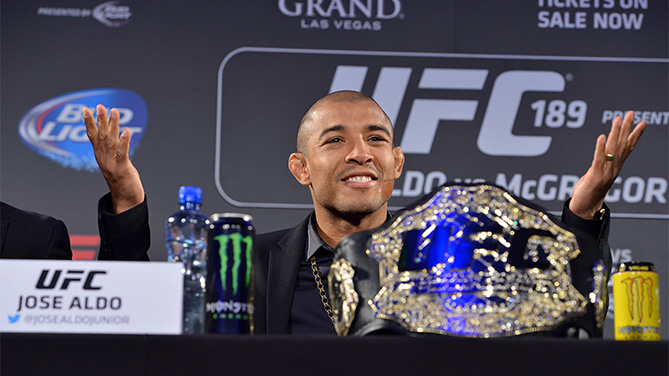 Jose Aldo is counting the days until his return to the Octagon.

The UFC featherweight champion, who spoke to the media in Rio de Janeiro, Brazil on Thursday, confirmed plans to resume training in two weeks following a brief layoff due to a rib injury. 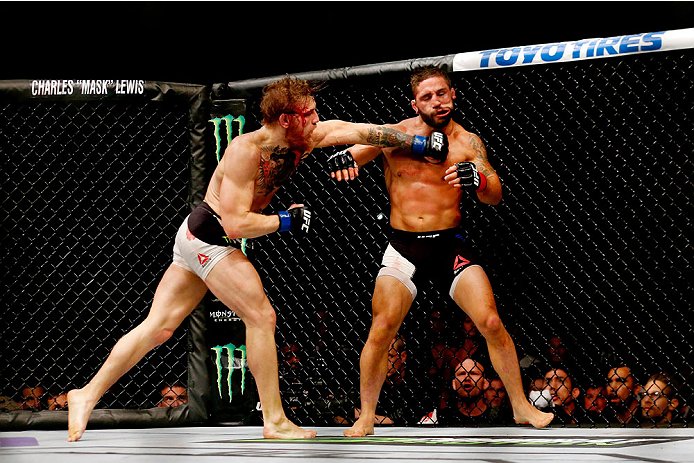 Aldo said he’s eager to set up training camp for a title unification bout against Conor McGregor, who was crowned the UFC interim featherweight champion after knocking out Chad Mendes at UFC 189 in Las Vegas.

Despite the significance of the Mendes-McGregor fight in the featherweight division, Aldo confessed that he didn't watch the bout, not even to study the possible loopholes in his Irish rival’s game. He’s confident that his coach, Andre “Dede” Pederneiras, will devise a strategy that will lead to victory.

"I won’t even watch if my friends aren’t fighting,” Aldo said. “Dede talked to me about it and said it’s fine. I think that it was a good fight for us. Chad was winning while he had gas."

For now, the injured rib continues to cause pain for the Brazilian. Once he is cleared to resume physical activities, Aldo will engage in swimming lessons instead of sparring sessions, to condition his body gradually. Everything in the way of training and conditioning will be installed very carefully to ensure that the defending belt owner is able to return successfully in 2015. 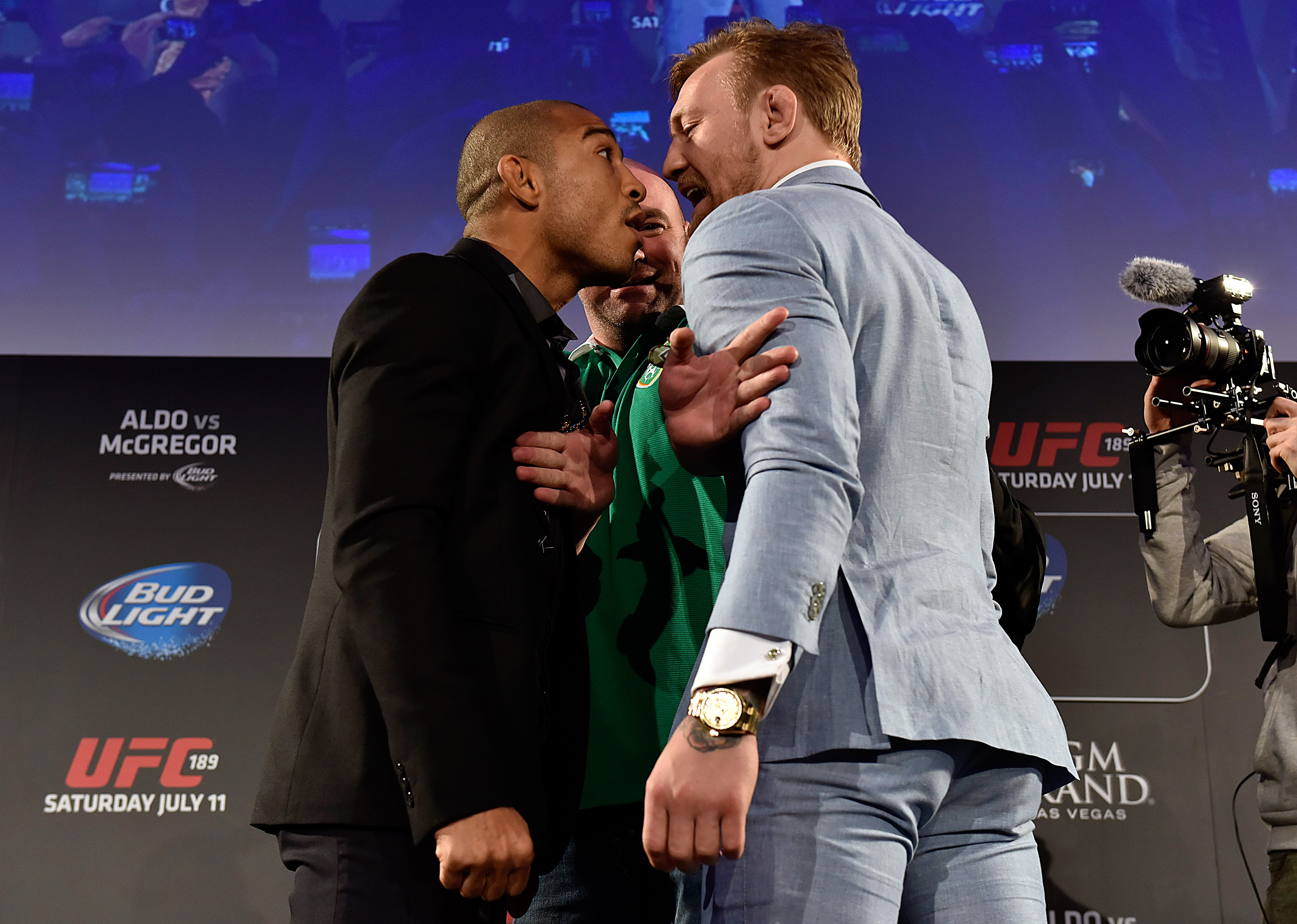 "I want that day to arrive soon. I was really frustrated that I didn't fight this time, especially because of the commotion in my country,” Aldo said. “I received messages from all over the world. I was really sad, but I know that time will go by fast and we will fight soon enough.”

Aldo emphasized that he is not bothered by seeing McGregor wearing UFC gold around his waist.

"It means nothing to me. When you put us there, we will see who is the real champion,” he said. “I don't care about him."

Fueled by motivation to defend his title, Aldo sent a message to his future opponent.

"You can wait for me. I'm coming,” Aldo said. “You can say whatever you want, but your weapons will be nothing compared to what I'll show."