Aldo to prove why he's still a true champion 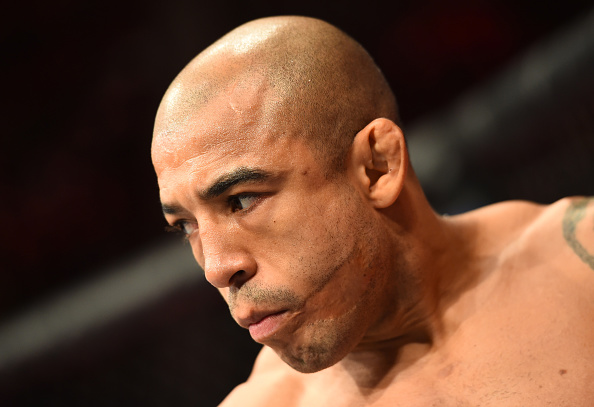 Jose Aldo has been in 14 consecutive championship fights dating back to when he stepped into the cage as the challenger against Mike Brown at WEC 44 on November 18, 2009.

That’s two more than Georges St-Pierre and Demetrious Johnson, three more than Jon Jones and four more than Ronda Rousey. As great as Anderson Silva’s reign over the middleweight division was, “The Spider” never went more than five consecutive bouts without competing in a non-title affair.

For 10 consecutive contests, Aldo entered the cage second, Rihanna cooing about who’s gonna run this town echoing throughout the arena, and for 10 consecutive contests, he left the cage victorious. He was the reigning, defending, undisputed UFC featherweight champion – the consensus greatest fighter in the history of the division, the first and only man to hold the title, and an all-time great.

Even after his stunning knockout loss to Conor McGregor, Aldo was right back in the cage seven months later facing Frankie Edgar for an interim belt at UFC 200. He still entered second, Rihanna still sang, and he reclaimed a fragment of the title he lost the previous December.

He was installed as undisputed champion when McGregor abdicated the featherweight throne after forcibly removing Eddie Alvarez from atop the lightweight division and continued his streak taking part in every fight for the UFC featherweight title when he stepped into the cage against Max Holloway at home in Rio de Janeiro last June.

For the second time in three fights, the Brazilian standout was stopped, turned back in his bid to defend a title that had been in his possession for all but 350 days over the previous six years.

He was the first man in the cage when he faced Holloway for a second time six months later at UFC 218, but the outcome was virtually identical.

“I don’t suffer from the past; it happened,” said Aldo, speaking through a translator. “I always train to win, but sometimes that doesn’t happen, there is always that possibility. I have accepted those losses and now I’m moving forward, training hard to win every time.”

This weekend in Calgary, the man whose name was once synonymous with the UFC featherweight title competes in his first three-round fight in nearly a decade, squaring off with Jeremy Stephens in the co-main event of Saturday’s UFC on FOX event at the Scotiabank Saddledome.

He will once again enter second and Rihanna will most likely still be asking about civic leadership before Jay-Z and Kanye West answer her melodic question, but instead of having a maximum of 25 minutes to work and a championship belt hanging in the balance, Aldo will have 15 minutes to deal with the surging Stephens, who enters in the midst of the best run of success of his career and the victor won’t be leaving with any new accessories.

It’s a major change, but one that has the Brazilian icon fired up because it represents the first step in what he hopes will be a journey back to the top of the featherweight division.

“I’m very excited,” said Aldo of his matchup with Stephens on FOX, the first non-Pay-Per-View appearance of his UFC career. “It’s work going back to the title and I know how important this fight is because the win will put me right back to fighting for the title.”

While the former champion is confident that he will once again rule the featherweight division in the not-too-distant future, fans, observers and fellow fighters aren’t quite as sure.

Despite his lengthy run of dominance, three stoppages losses in four fights leads people to question a fighter’s future, even when those setbacks come against elite championship talent. Well over a decade into his professional career and having made the grueling cut to 145 pounds 30 times, many people are wondering if the only truly undefeated figure in the MMA world, Father Time, has finally caught up to the 31-year-old superstar.

Rather than respond with words, Aldo said he would answer his skeptics with his performance in the cage on Saturday night.

“I don’t really have a message for my doubters,” said the soft-spoken Brazilian. “When I step into the Octagon, that is when I will show I am still a true champion. That’s the message – I will prove myself in the Octagon.”

Part of what makes this matchup so compelling is that Stephens has never looked better, entering this weekend’s penultimate pairing on a three-fight winning streak that includes a pair of second-round stoppage wins earlier this year and has highlighted the growth and development of the veteran finisher.

Just as his bout with Edgar at UFC 200 was a chance to prove to the masses that his loss to McGregor wasn’t the final chapter in his illustrious career, Saturday’s contest is the perfect opportunity for Aldo to show that despite his recent struggles, he remains one of the elite talents in the featherweight ranks.

And that’s exactly what the Brazilian legend intends to do.

“I hope for a good result,” said Aldo. “I’m well trained and I see myself winning, either on the ground or standing.

“I’m excited, focused and I expect to win.”