Aldo Out of 189; Mendes to Face McGregor

UFC 189 has a new main event. Featherweight champion Jose Aldo has withdrawn from his July 11 title defense against Conor McGregor due to an rib injury. Chad Mendes, who had been on standby since news of Aldo's injury broke, will now face McGregor for the interim 145-pound crown at the MGM Grand Garden Arena in Las Vegas. 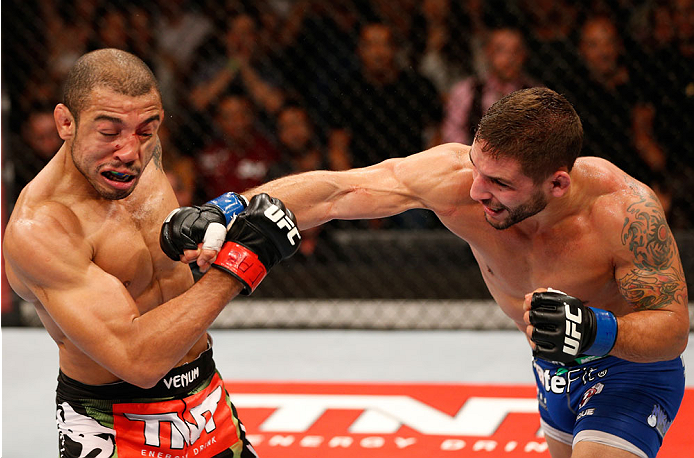 McGregor, appearing with UFC President Dana White on ESPN SportsCenter Tuesday evening to break the news, sat stonefaced as he addressed the situation with his typical flair.

"If a man is scared for his life, we cannot force him to step inside and face me," the Dubliner said. "I feel (Aldo) is afraid. The doctors have cleared him to fight, it's a bruise, but he has still pulled out. So rightfully so, the belt should be taken from him and we should contest for the interim belt, or in my opinion, the real belt."

The buildup for Aldo vs. McGregor was unprecedented. A World Tour centered around the rivalry, with Aldo and McGregor traveling around the globe and building the heat between the two featherweight stars. But last week, word surfaced that Brazil's Aldo suffered a rib injury in training. Doctors determined that the rib wasn't broken, but the injury is apparently severe enough to force the longtime champion out of the bout.

"I just feel he was beaten mentally before I had the chance to beat him physically,” McGregor said of Aldo. "I felt even through the World Tour and all the buildup he was looking for his way out, and thankfully for him, his coach and his team, they have found their way out." 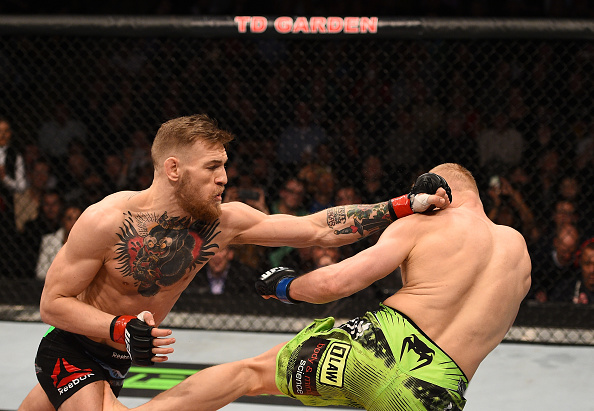 As for Mendes, a two-time title challenger whose only pro losses have come against Aldo, McGregor has not lost an ounce of his confidence in regard to his new opponent.

Added McGregor, "I am confident going in against any man on the roster. I feel I am number one on the roster. That is why an opponent change does not matter. Essentially the opponent is an illusion in there. It's you versus you, so it doesn't matter who is across from me July 11. I will charge forward, I will put the pressure on, and I will get the victory."

It may not be the fight everyone expected, but McGregor-Mendes still promises to be a memorable one.

"I think it's gonna be a great fight," White said. "If anybody doesn't know, Chad Mendes just fought Jose Aldo in a five-round war, one of the best fights I've ever seen, so it should be fun.”