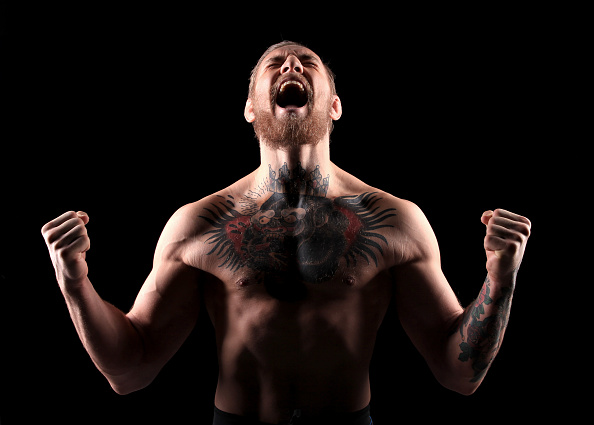 Fight fans knew that Irish featherweight star Conor McGregor was going to be entertaining during his UFC 183 pre-weigh-in Q&A at the MGM Grand in Las Vegas on Friday afternoon. What they didn’t expect was that they would get a fight announcement, but “The Notorious” one delivered, declaring that his challenge of featherweight champion Jose Aldo will take place on Saturday, July 11 as the main event of UFC 189.

"We have the fight date for McGregor-Aldo, the biggest fight of the year," McGregor said. "Saturday, July 11th, International Fight Week, I'm gonna rip that Brazilian's head off."

The bout, which will take place at the MGM Grand Garden Arena, will undoubtedly be the main attraction of the UFC’s annual International Fight Week celebration in Las Vegas, the highlight of the calendar year for the promotion.

Needless to say, it’s fitting that the 145-pound division’s best from Brazil and Ireland will meet in the featured bout of a week that sees fans from around the globe descending on the Fight Capital of the World. Kicking off on July 7 and running through July 12, IFW 2015 will include the latest edition of the UFC Fan Expo, as well as the Ulti-Man 5K, UFC Gym Fitness Challenge, pool parties, free concerts, tournaments and more.

But the highlight will undoubtedly be the main event of UFC 189, as Dublin’s McGregor gets the opportunity to face the best featherweight of all-time in a fight that fans have been clamoring for since the Irishman made the move from prospect to contender in the last six months. Knocking out Diego Brandao, Dustin Poirier and Dennis Siver in succession, the 26-year-old will now get his shot at Rio de Janeiro’s Aldo, the UFC’s first and only featherweight champion. Unbeaten in 18 fights since 2006, the 28-year-old Aldo has successfully defended his UFC title seven times, defeating the likes of Chad Mendes (twice), Kenny Florian, Frankie Edgar and Ricardo Lamas, but nothing would make him happier than silencing the always loquacious McGregor on July 11.

"I am calm, composed and I am ruthless," McGregor said. "This is just another man in my way."