As the owner of the Hex Fight Series’ flyweight title, Charlie Alaniz is seen by many as Australian, and that’s understandable, since he’s fought and trained there for his entire pro career. 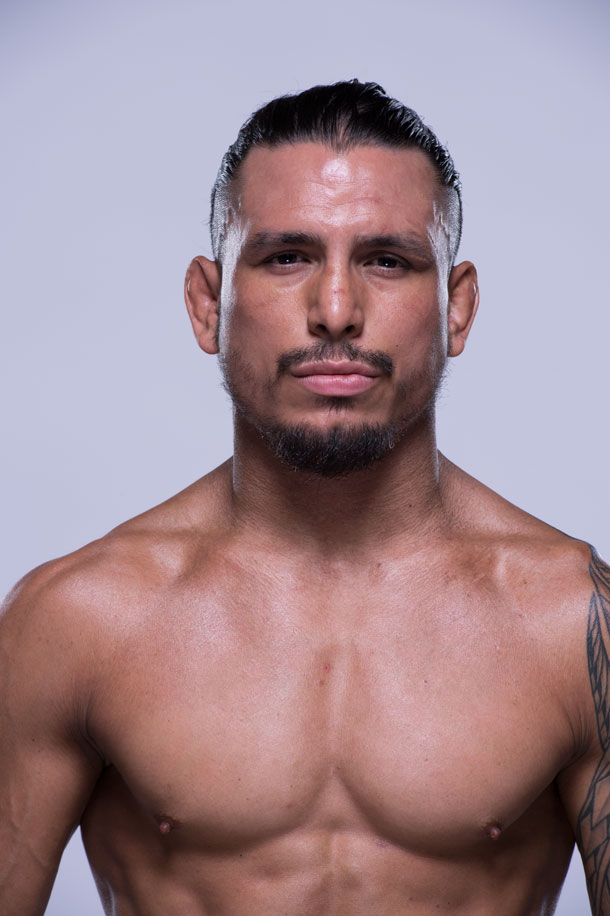 But the 30-year-old does hail from Torrance, California, and if you want even more to describe him, his ethnic background is Mexican, Chamorro and Hawaiian. Now that’s a lot to fit on your resume.

He is. So if you call him an Aussie as season 24 of The Ultimate Fighter gets underway tonight, that’s just fine with him. Even if he doesn’t have the slightest bit of an accent.

“I don’t have it, but the heart is there,” he said. “And win or lose, that’s what people feel. We’re all the same. The reason why I fight is for my family, the people that believe in me, and I consider everyone family.”

Alaniz isn’t just providing good copy either. He means every word of what he says, and he feels that he owes it all to his vocation as a fighter, which almost arrived by accident.

“I had a college buddy in wrestling, and we always talked about the future,” said Alaniz, who wrestled at Cerritos College and Montana State. “We really didn’t know what was to come, but we wanted to do something and we had the intention to do great things.”

Alaniz began training in MMA, but when his friend got the opportunity to coach in Melbourne, an opportunity arose for Alaniz as well.

“(Coach) Ed (Bavelock) was looking for more talent,” he said. “It was destiny. He balanced me out and taught me my standup game, and we’ve been living the dream ever since.”

But a California kid with strong family ties leaving it all behind for an adventure Down Under? Alaniz knows it’s not typical, but nothing that eventually turns into something great ever is.

“I wanted a different experience,” he said. “I wanted to see what the world had to offer and I wanted to see culture and what was real. MMA was my vehicle to the world, and I saw opportunity in that. I didn’t just want to be a great fighter; I wanted to test myself spiritually and emotionally, and I was away from my family. Fighting internationally really pushed me, and that’s what I wanted. It was a gamble, but I was living on faith, and I knew I would put the hard work in and adapt to any situation.”

Nearly four years after turning pro, Alaniz is 8-1 and on the verge of earning a shot at UFC flyweight champion Demetrious Johnson if he can get through the toughest tournament in sports on TUF 24. That can rattle anybody, but Alaniz isn’t the “get rattled” type. That comes from some hard times growing up and the idea that he’s fighting for something more than a paycheck.

“Obviously, I want to be a world champion,” he said. “But I get a lot of love and respect from a lot of people that I consider family, and it keeps me dreaming and keeps them dreaming. It gives people positive energy to keep going for their goals. I’m speaking for the guy on the corner who thinks he can’t even get out of bed. I’m speaking for the people. It’s a different cause that I fight for.”

And he owes it all to MMA.

“When I was a younger guy, I would just make a decision first and then think about what happened later,” he said. “MMA was a big part of learning how my mind works and all that good stuff. I enjoy training in the gym and it’s a big release for me, it’s a natural release. So if I never got that call, it would never make a difference because where I’m at spiritually and with what MMA brought to my life and the people it brought to me, I’m so grateful.”