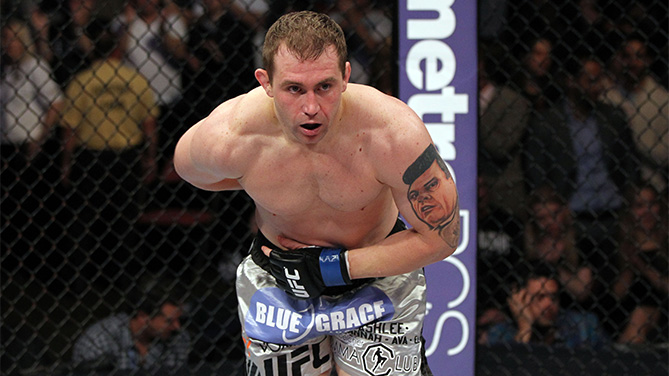 A fighter has to be pretty bold to carry a nickname like “The Talent” into a fight, but Alan Belcher wore it proudly and lived up to that moniker over the course of an 11-year pro mixed martial arts career that ended Friday with his retirement at the age of 31.

I'm done fighting,” Belcher said during a Periscope presentation that began a seminar in his hometown of Biloxi, Mississippi. “I'm finished. I will never, ever fight again. This is my official retirement.”

Owner of an 18-8 record that included a 9-6 UFC slate that he compiled from 2006 to 2013, Belcher entered the Octagon at UFC 62 in August of 2006, and while he lost that debut to veteran Yushin Okami, his attempt to toss Okami off his back by doing a front flip made him an immediate fan favorite. Considering that the bout came on two weeks’ notice, his effort was even more impressive.

“Getting into the UFC at that time, just a few years before that I didn’t think it was even possible to do anything great with my life,” Belcher, an Arkansas native, told me in 2012. “I wanted to, but I came from a real small town, and being on TV or doing anything big was a really big deal. So at that time, when I got that call, it would pretty much be the equivalent of fighting Anderson Silva for the title on last minute notice. That’s the only thing I can really compare it to.”

Four months later, Belcher had his first UFC win when he scored a highlight reel head kick knockout of Jorge Santiago. A loss to Kendall Grove followed, but then Belcher went on a 6-2 tear that established him as one of the top middleweights in the game and earned him Submission of the Night awards for wins over Patrick Cote and Denis Kang and Fight of the Night awards for his bouts against Wilson Gouveia and Yoshihiro Akiyama.

But his momentum and two-fight winning streak was halted in 2010 when an eye injury forced him out of a fight against Demian Maia.

The detached retina in his right eye prompted two surgeries, and he wondered if he would ever fight again.

“That was really bad for me,” Belcher said in 2011. “I thought I wasn’t gonna fight again, and we weren’t even talking about it with the doctor. I was just trying to get my sight back. After a while, I started thinking about it a little bit and there definitely was a chance that I wasn’t gonna fight again. Even if you do get good enough to get back in there, do you want to risk doing that again? There are so many different variables, and it was a tough time for me.” 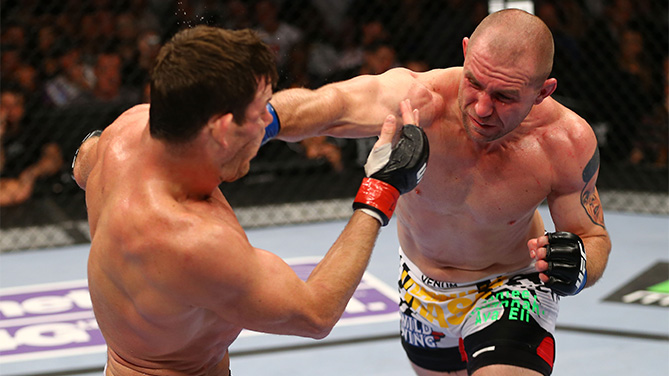 Eventually, Belcher would heal up and get his fire for fighting back, and in his next two bouts, he reestablished himself in the 185-pound pecking order with a stoppage of Jason MacDonald and a knockout of Rousimar Palhares. Unfortunately, his last two bouts didn’t go the way he wanted them to, as he dropped decisions to Okami in their 2012 rematch and to Michael Bisping in his last bout on April 27, 2013.

“Unfortunately, I didn't get to do it (retire) after a fight and get to take my gloves off and all that type of stuff,” Belcher said Friday. “I lost my last couple fights, and I really believe I could go down that road and fight again, but this is more important to me. I like teaching martial arts, I want to continue teaching students all over the world in my online businesses, and I want to help instructors and I want to help gym owners grow their businesses and affect more people with jiu-jitsu and mixed martial arts.”

It’s obvious that Belcher has directed his fire in another direction, and when a fighter does that, it’s the best time to go. And as his career in the Octagon proved, more often than not, “The Talent” made the right move.