Al Iaquinta: It's Been a Long Time Coming

"This is a long time coming. I know if I get this win it is going to be the beginning of a lot of good things to come." - Al Iaquinta 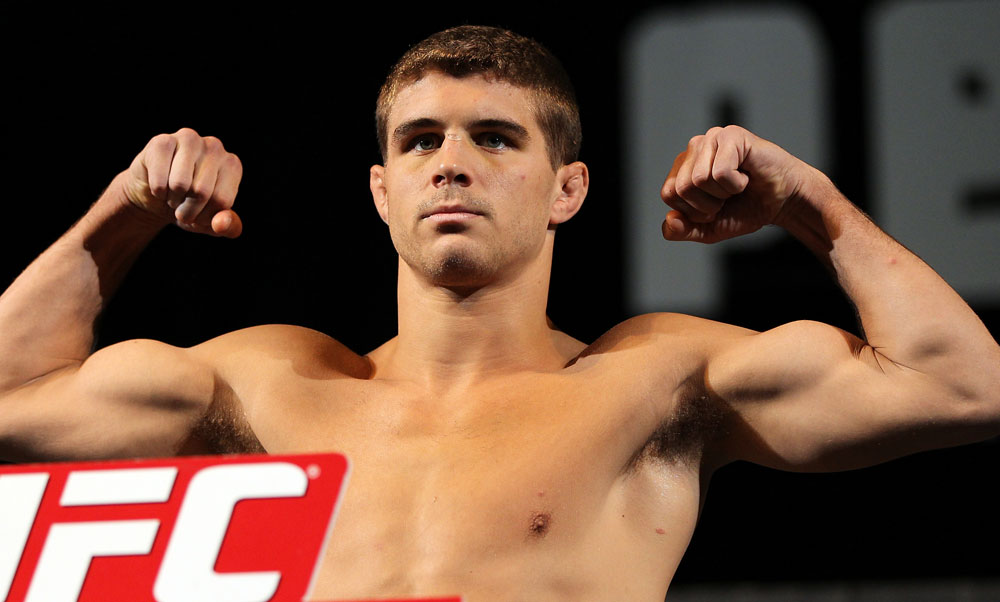 New Yorkers are known to carry a unique set of qualities. In addition to keeping up with the fast-paced, hustle and bustle life in the “city that never sleeps,” residents also come equipped with a different brand of toughness and resilience.

Those attributes have certainly helped Wantagh native Al Iaquinta in his journey to reach the biggest stage in mixed martial arts. That being said, the past 14 months have gone a long way in teaching the 26-year-old something NYC natives aren’t particularly known for…and that is patience.

Iaquinta made a big splash on the 15th installment - yet first live broadcast - of the UFC’s hit reality show The Ultimate Fighter, and was the early favorite to win the tournament and six-figure contract. The Team Serra-Longo fighter stormed through his first three opponents and earned a place in the finale opposite Michael Chiesa in Las Vegas.

Unfortunately for Iaquinta, the momentum which had carried him through the tournament came to an abrupt halt when he was submitted by the scrappy Washington native in the second round of the contest.  Following the loss, Iaquinta wanted nothing more than to shake the feeling of his last performance and was eager set about work on the official UFC roster.
But this is where the lesson in patience came front and center.

An injury suffered in training put him on the sidelines for the remainder of 2012. He was looking to bounce back from the layoff against Joe Proctor at UFC 159 in April, but another injury arose - this time to both fighters - and the bout was scrapped from the card entirely. The situation was undoubtedly pressing for the young fighter, but his ingrained sense of resilience allowed him to persevere and press on. He knew his time to shine would eventually come and that moment will arrive Saturday night when he faces Ryan Couture at UFC 164 in Milwaukee, Wisconsin.

Where injuries have stifled his plans for the past year, this time around it was Iaquinta who benefited from a setback. Couture was originally slated to face Strikeforce convert Quinn Mulhern at the Bradley Center, but Mulhern’s injury forced him to withdraw from the fight, leaving the perfect opportunity on the table for Iaquinta to begin his UFC career.

While training with the legendary combo of former welterweight champion Matt Serra and striking guru Ray Longo is an honor onto itself, the volume and intensity at the Long Island facility has been cranked up as of late. Since Longo protégé Chris Weidman dethroned long-reigning middleweight king Anderson Silva at UFC 162, the feeling in the gym has been on a different level, and Iaquinta is looking forward to carrying the momentum into his fight in Milwaukee.

“It’s awesome man,” Iaquintqa said. “There is a lot of good energy carrying over into my fight now. I really think that makes a difference too. Having everybody’s spirits up and a really good vibe going in the gym is definitely going to carry over in to my fight for sure.

“I’ve been wanting to get this fight out of the way for a long time. This is a long time coming. I know if I get this win it is going to be the beginning of a lot of good things to come. I’ve stayed sharp by having a lot of tough sparring sessions. A lot of guys have that ring rust, but I’ve had some wars in the gym. I’ll be ready and used to it when I get back in.”

The next step for the young New Yorker will undoubtedly be the biggest of his career. Where he came up short in his effort to capitalize on the windfall winning TUF can provide, Iaquinta knows the real challenge comes in being able to establish himself in the UFC ranks. It just so happens he competes in one of the most talent-rich and competitive divisions under the UFC banner, and he’s looking forward to mixing it up with the best of the lightweight division.

“I’m definitely excited and I’m ready for the challenge. I watch the fights every weekend and I’m already thinking about how I’m going to match up with these guys. I’m excited to get in there and show everyone what I know I can do.

“I’m going to put it all out there,” he concluded. “I’m always going to make it a fight. I’m never trying to eek out a decision and I’m looking to put the other guy away.”